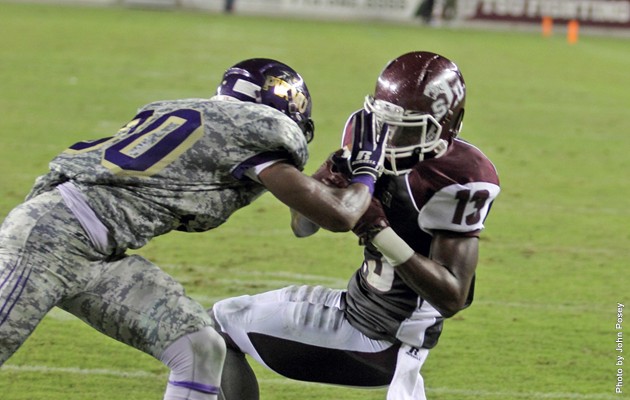 The Labor Day Classic is one of the biggest college football games in Texas, and this year’s game has a lot of buzz around it for several reasons.

Prairie View will look to get off to a big start in the second year of the Willie Simmons regime. Picked to win the SWAC West this season, Prairie View is led by quarterback Trey Green (who was ranked #1 QB in the SWAC). He threw for 21 touchdowns last season, his first as a starter. They will need to improve on defense this season, but have a good core in the secondary with Dominique Weaver and Marques O’Leary. Not to mention they’ll be opening up a new, state-of-the-art stadium as well.

The 32nd Labor Day Classic looks like it will be one for the books.

Here are my predictions for the rest of the SWAC:

Mississippi Valley State takes on Eastern Michigan in a non-conference money game as coach Rick Comegy looks to turnaround the Delta Devils in the SWAC East, hoping to finally make some noise in the division. In this game MSVS will be out matched, but keep your eyes out on quarterback Rubin Thurston Jr. as he looks to lead an improved attack this season.

Alabama A&M has an emerging star in quarterback Reginald “Tuttie” Ballard and a incredible receiver Tevin Newsome, but Middle Tennessee will be too much for the Bulldogs with quarterback Brent Stockstill throwing over 4,000 yards with 30 touchdowns last season. Stockstill had two very important key pieces to his success last season wide receivers Richie James and Ed’Marques Batties who both had over 1,000 yards receiving.

Alabama State is the sleeper team in the SWAC East this season with the best defensive player in the conference, linebacker Kourtney Berry. Berry had 130 total tackles last season. The Hornets defense finished second in total defense last season, and looks to take the top spot this year. Running back Khalid Thomas looks to emerge as the SWAC dual-threat running back running and catching out the backfield. This game for me will be considered an upset for ALABAMA STATE!

Southern is hoping to reclaim the throne in the SWAC West in 2016. With quarterback Austin Howard being named first-team all SWAC this pre-season, and when you have the best offensive player in the backfield Leonard Tillery you will have nothing to worry about. Wide receiver/return specialist Willie Quinn is a special type player in the SWAC, this is another game where you see the Jaguars upsetting Louisiana Monroe Warhawks.

The Golden Lions look to climb to the top in the SWAC Western Division with quarterback Brandon Duncan getting the start and standout WR Willie Young returning for his senior season. Tennessee State will be too much for Arkansas Pine-Bluff in this matchup.

Newcomer Devonte’ Kincaid will look to show why he won the starting position at quarterback for Grambling this season. Martez “Mr.Excitement” Carter looks to continue to dominate the running game as stud receiver Chad Williams will miss the game due to suspension. Grambling’s defense is improving, as they ranked second in the SWAC in rushing defense. The only downside to this game is that the stats, nor the win, will count for Grambling.

Alcorn State v. Bethune-Cookman
Two-time defending SWAC Champs Alcorn State is looking for a three-peat this season under new head coach Fred McNair. We will get to see QB Lenoris Footman as the full-time starter, after throwing 14 touchdown passes and rushing for over 1,000 yards with 10 touchdowns in less than half a season of work in 2015.