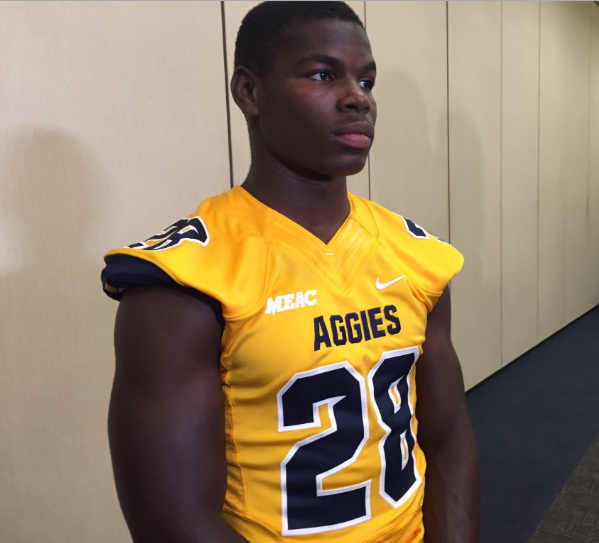 We’ve seen several MEAC teams show off their post-Russell Athletics jerseys, and now we can add North Carolina A&T to that list. The defending co-MEAC, Celebration Bowl and HBCU National Champions revealed their new Nike uniforms ahead of their season opener against St. Augustine’s University on Saturday.

A&T showed off three new looks on Monday, revealing white and gold as well as a blue jersey. A&T was one of ten MEAC schools who signed with Nike in the offseason.

//platform.twitter.com/widgets.js We have to say, while there’s nothing groundbreaking here, the look is a lot simpler and sleeker than what the Greensboro-based school has worn with Russell over the past couple of years.