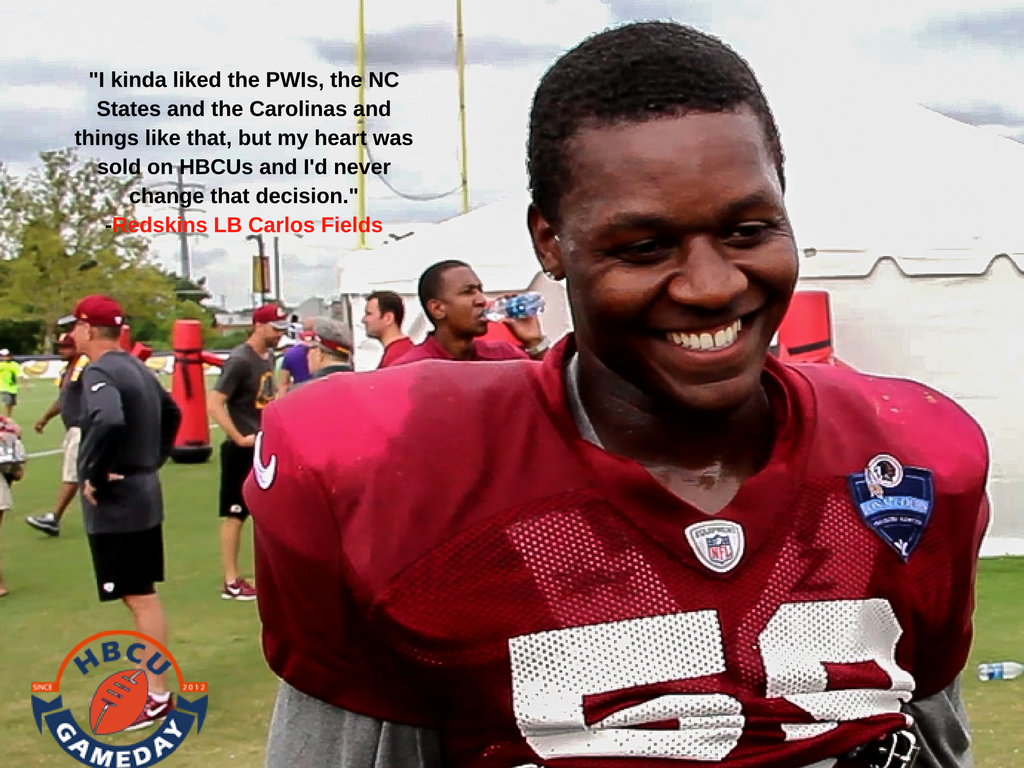 Washington Redskins linebacker Carlos Fields is living the NFL dream, but it hasn’t all been easy for the former Winston-Salem State star.

The two-time Division II All-American went undrafted in 2014, and was then cut five times in the span of a year before latching on with the Redskins in the second half of the 2015 season.

He told HBCU Live that his mother, Shelia Seward has been a rock for him in the up-and-down ride of emotions that come with being an undrafted free agent from an HBCU.

“When you call that says bring your playbook in, that’s a hard time, because you know when you’ll get your next shot,” Fields said. “Every time I got released my mom was like keep the faith, keep God first, keep praying…keep praying, and everything worked out.”

Fields also talked about his love for HBCUs, and what it’s like being an undrafted free agent from an HBCU trying to make it in the NFL.

Check out the full interview here, courtesy of our friends at HBCU Live.