The flooding that has crippled the state of Louisiana hasn’t garnered a ton of publicity from the national media, thanks to the Olympics and the presidential election in the United States.

The Southern University basketball team is doing its part to help the rebuilding process. Days after alumnus and current Alabama basketball coach Avery Johnson sent a tractor-trailer to Baton Rouge full of supplies to help those evacuated from their homes, the basketball team went out into the community and attempted to lend a helping hand in the face of the worst natural disaster in the United States since Superstorm Sandy. 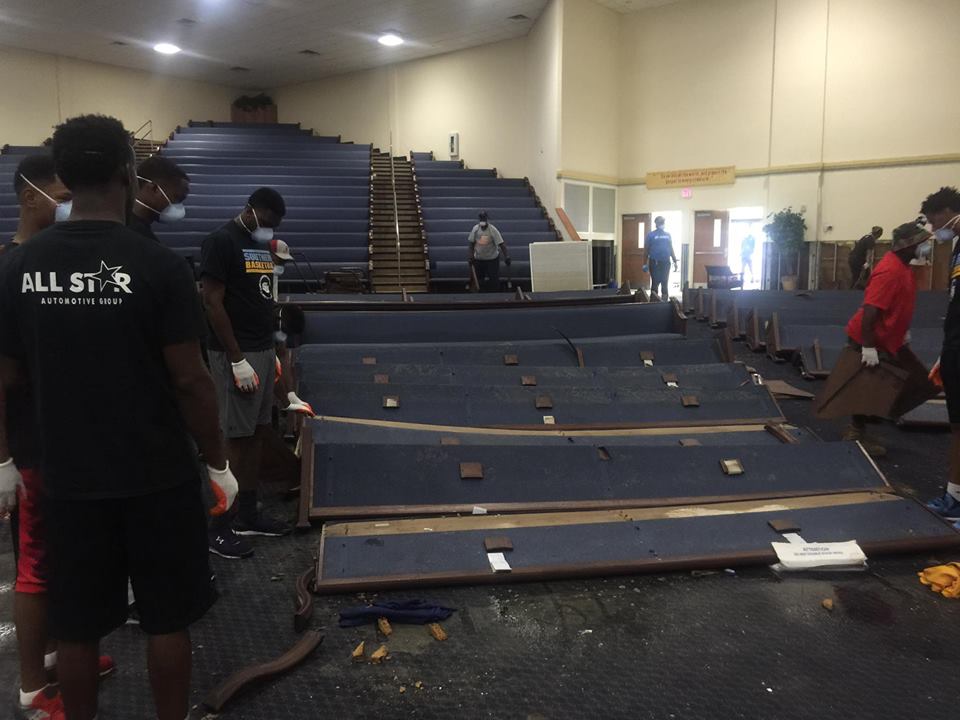 The student-athletes went to Living Faith Christian Church, where they helped clear out damaged pews. They then relocated to help a friend of assistant coach Rodney Kirschner’s family clean up at her home.

Between the flooding, the death of Alton Sterling and the ambush that resulted in the deaths of police officers, it’s been a rough summer for the city of Baton Rouge.

“We are doing whatever we can as we know our community is going to come back from this stronger and more resilient than ever,” the basketball team wrote on its Facebook page. “Thank you goes to everyone who helped us today and is helping in the community.”

And a salute goes out to you, Southern University.

Grambling’s Chester Rogers catches go-ahead TD for Colts
Hampton and Howard have the same homecoming theme, and folks are being petty
To Top
X