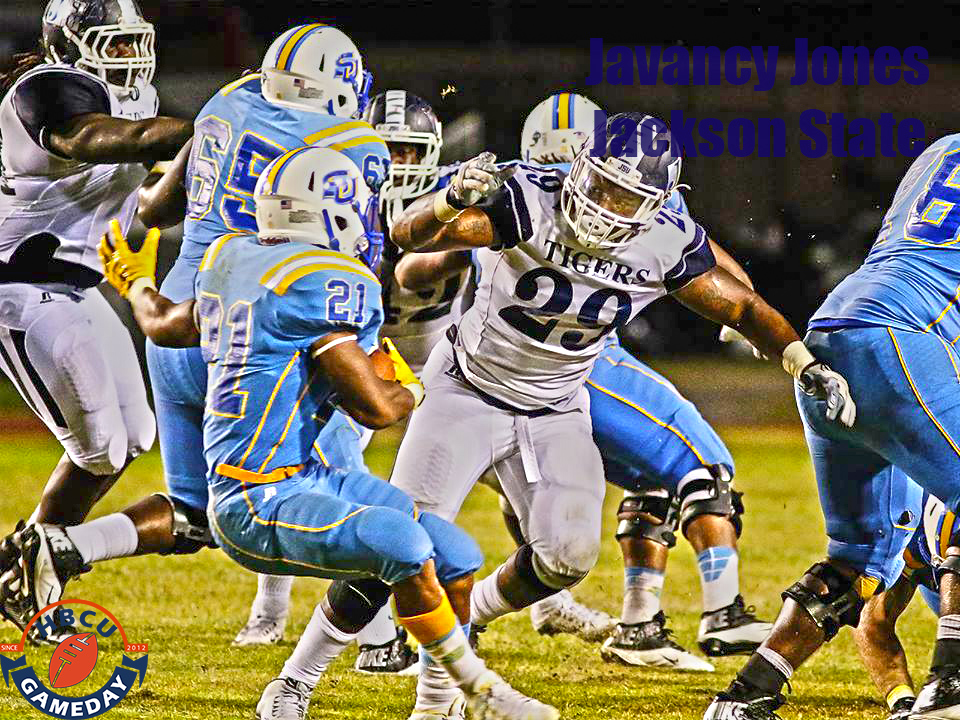 Hailing from Macon, Mississippi, Jones is a tackling machine out of Noxubee County High School. He had a remarkable junior campaign for the Tigers with 91 total tackles and nine sacks, with leading the SWAC in tackles for loss with 29. Jones looks to lead the Tigers and making a statement in the SWAC East.
2. Stacy Garner, Alcorn State (DE)
Garner is a big-run stopper on the edge of the Braves defense. Garner ranked second in tackles for loss in 2015 with 18. Garner’s best game last season was against Alabama A&M with three tackles for loss following with two sacks. Garner, alongside with teammate Mike Brooks, looks to plug the holes in the front of the Alcorn defense.

The Houston native Reed had an impressive sophomore season with the Panthers with 44 total tackles, six sacks, and 11.5 tackles for loss. Reed looks to continue to evolve in his junior season for the Panthers. Reed had an explosive game against Texas State last season with 10 tackles and a sack.

Henderson was a consistent force his junior season for the Alabama State with 23 total tackles, and 10.5 tackles behind the scrimmage. Henderson has not missed a game as a Hornet, and can be counted on as an anchor for an emerging defense.