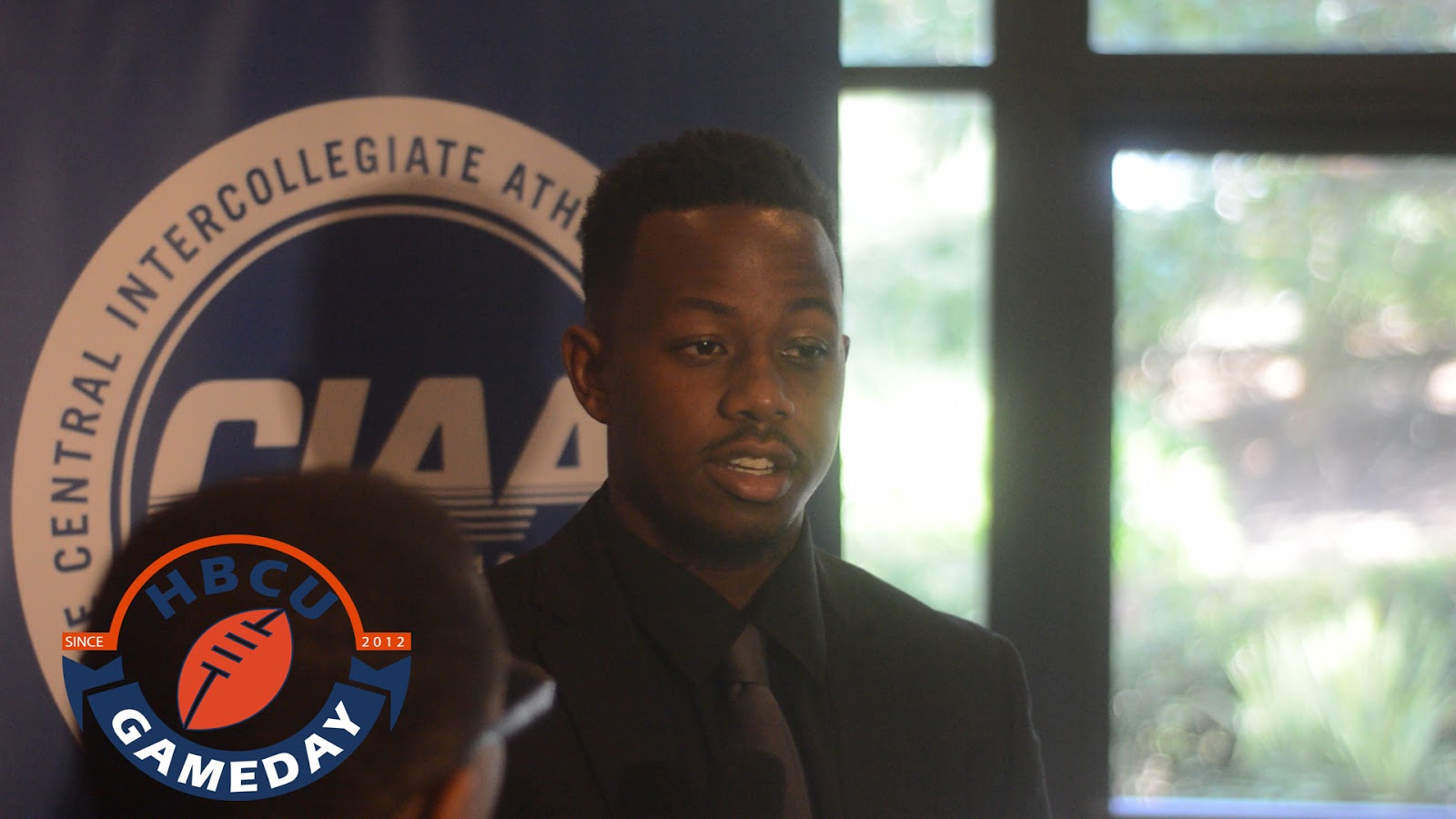 Before the second half of last season, Bowie State quarterback Nyema Washington had never seen the field. But he did have faith, because he had already beaten the odds.

The former Suitland (MD) High School star was a prized recruit in Bowie State’s 2012 recruiting class, but he never saw the field his first three years there due to a number of issues, including a granuloma on the side of his brain.

He was told he wouldn’t be able to play football anymore, but he never gave up. He also says the coaching staff, led by Damon Wilson, didn’t give up on him despite his health issue as well as academic and off-the-field problems.

“The doctors cleared me after they said football wasn’t an option any more,” he said. “Coach brought me on, I wasn’t even playing quarterback at first, they had me at receiver. Low and behold, something happened at the Virginia State game…God just saw a way. I got on the field and…I can’t do nothing but give God the glory.”

Washington entered the game late in the fourth quarter against VSU, completing all four of his passes for 25 yards, including the game-winning touchdown as Bowie came away with a crucial 22-19 against it’s CIAA Northern Division rival.

He would go on to lead the team to four consecutive wins after taking the reins of the offense, helping Bowie State to the CIAA Championship Game. It wasn’t exactly a fairy tale ending, as Bowie lost that game as well as its playoff game against Assumption, finishing 9-3 on the season.

While Washington said losing the championship game left he and his teammates “numb,” he realizes he accomplished quite a lot in a little bit of time.

“Last year I did some things in only four or five games…I still got some awards by the glory of God,” said Washington, who threw for 12 touchdowns in six games, including eight in back-to-back games against Elizabeth City State and Lincoln.

Washington doesn’t lack for confidence. He made it clear that he has a healthy belief in himself. In a matter of 30 seconds, he used the word “believe” four times.

“I believe in my talent. I don’t want to come off cocky, but I’m very confident in myself. I belive I’m the best quarterback in the nation. But, I’m gonna let the season play that out,” he said.

“I believe my arm is second to none. I believe my athletic ability is very good for a quarterback. I’m very confident in myself,” he said.

But Washington’s belief isn’t just limited to himself. He’s got plenty of confidence in his receivers, which makes sense considering he’s got plenty of talented pass-catchers to throw to. Chief among them is Nyme Manns, who caught 82 passes for 1,104 yards and 13 touchdowns in 2015.

“I have the best receivers in the nation,” he said. “A quarterback should be judged by their receivers. My job is so much easier. When you have those type of receivers on your team, anybody can play quarterback.

Above all else, though, Washington is thankful to even be on the field after everything he’s been through. He said the health issues he went through made him appreciate football even more than he had before.

“I said if I ever get this shot again, I ain’t letting it go anymore,” he said. “Second chances are already hard enough to come by. But when you a third chance after being told football shouldn’t be an option anymore…when you get that chance, you don’t never wanna let it go.”