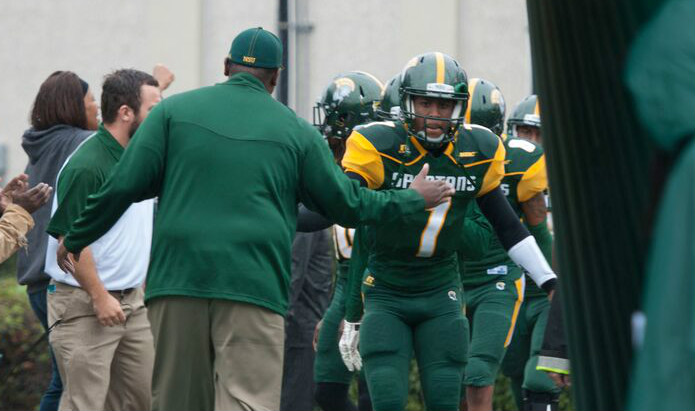 After starting his career at Florida Atlantic, Hankerson headed north to become Latrell Scott’s hand-picked starting quarterback as he began the new era at Norfolk State. Hankerson was impressive from the start, helping NSU take an early lead in the season opener against Rutgers before the FBS team overwhelmed them.

Hankerson was solid throughout the season, throwing 13 touchdowns to just five interceptions. He also made plays with his feet, rushing for 423 yards and three touchdowns, including this 77-yard doozy against NCCU. 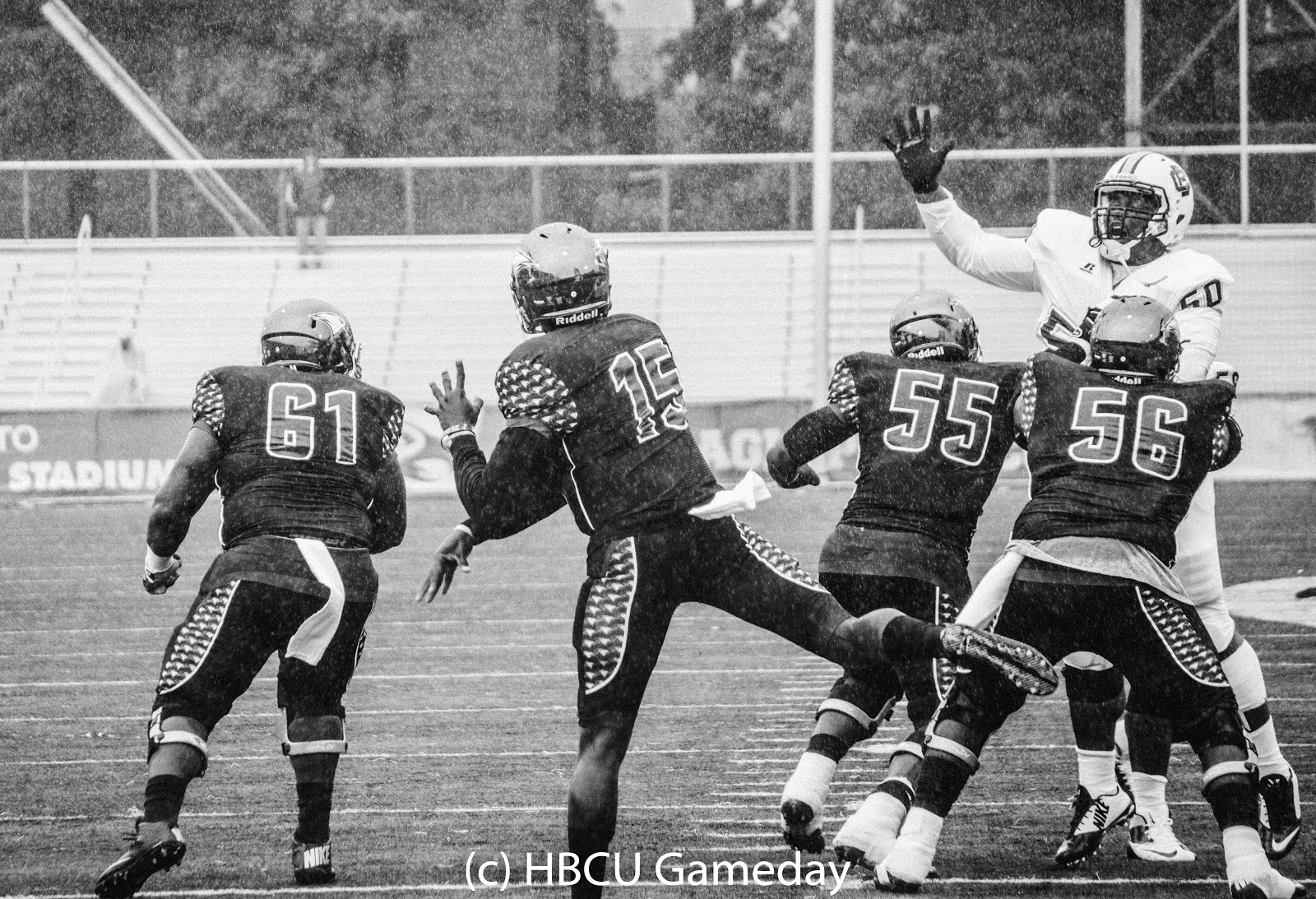 Bell topped our MEAC quarterback list last year, but the rising senior took a step back statistically in 2015. His numbers were down across the board from his sophomore season, except for interceptions–he threw four more picks despite 43 less attempts than in 2014. But the numbers only tell part of the story as he played a significant portion of the season without his top receiver, Quintin Atkinson, and a few others.

Like Hankerson, Bell was a threat on the ground, rushing for 509 yards and five touchdowns. That included a touchdown run in the season finale against North Carolina A&T that helped NCCU clinch a portion of the MEAC title for the second year in a row. If Bell gets more weapons, there’s no reason to believe he can’t get back to the top of this list. 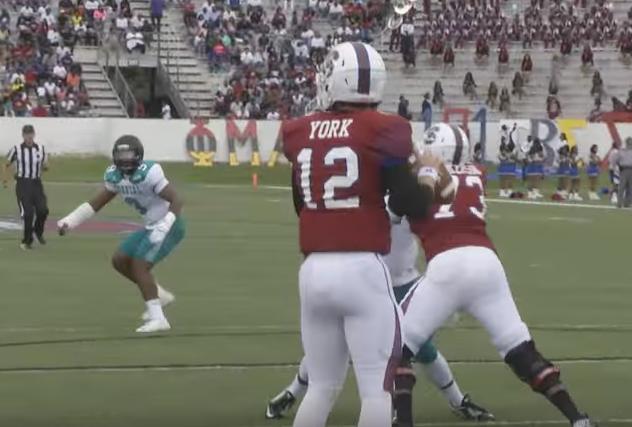 It looks like South Carolina State may have finally found its quarterback of the future in York. The Charlotte, NC product was one of the most efficient in the conference, throwing for 11 touchdowns to just six interceptions in nine games for SCSU. There’s no reason to believe he won’t improve this year, which means he could be at the top of this list when all is said and done. 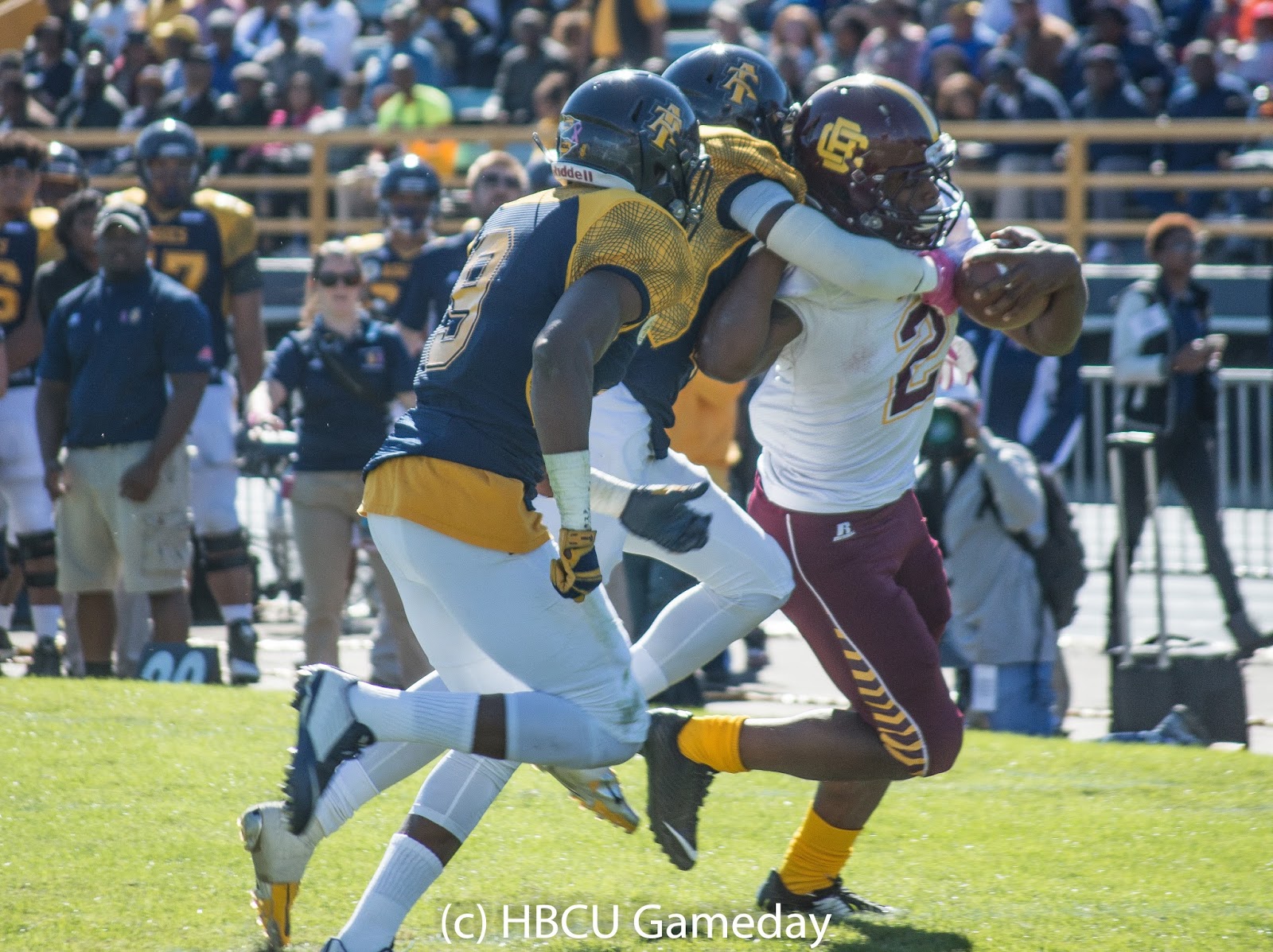 Brihm could have been the starter at several MEAC schools over the past two seasons, but he spent those years backing up Quentin Williams. Even with limited time under center, Brihm had his sparking moments–like the 2014 Florida Classic and BCU’s win at Grambling where he threw for 236 yards and three touchdown passes.

With Williams gone, look for him to take the reigns at BCU and dominate the offense with his arms and legs in 2016.

The MEAC is not now, nor has it ever really been, a quarterback’s league. After the guys at the top, it gets pretty thin. Whoever ends up taking the reigns at Hampton will get tons of passing attempts while whoever gets the nod at A&T will have Tarik Cohen to hand the ball off too. Not bad options either way.