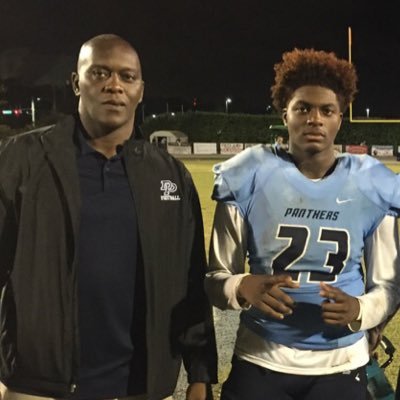 Robert Porcher had one of the greatest pro careers of any MEAC defensive player outside of Harry Carson after leaving South Carolina State. His son, Robert Porcher IV hopes to follow in his footsteps in the NFL, but he won’t be doing it at his alma mater or any other HBCU as he has committed to Nebraska.

//platform.twitter.com/widgets.js
A three-star defensive end from Orlando, Porcher IV had offers from more than 30 schools. His father accompanied him on his trip to Nebraska, and came away very impressed.

“Before I left I told coach Mike Riley, Billy Devaney and John Parrella that I would not be upset at all – I would feel pretty damn good as a parent – if Robert chooses to come to Nebraska,” Robert Porcher said via 247Sports.com. “I truly trust Nebraska is going to help him develop as a young man. I think as a parent that’s all you want.

Obviously Porcher approves of his son’s choice, but as an HBCU fan, it would be pretty cool if the alma maters of some of our legends/NFL products could land their progeny as well. Of course SCSU doesn’t have the facilities or perks that playing at a P5 school like Nebraska does, but they do have a legacy of producing pro talent that continues to this day — as Javon Hargrave was just drafted in the third round of last month’s NFL Draft.

It would have been great to see him at SCSU, but we wish him the best of luck anyway.