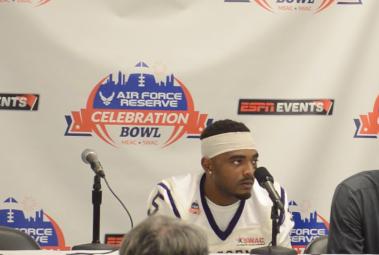 The Alcorn State University family is mourning the loss of one of its own after a tragic shooting Friday night. Former Alcorn receiver Tollette George was gunned down in New Orleans overnight, according to NOLA.com.

Tollette was found shortly after 10 p.m., laying motionless on the ground near an intersection. He had been shot multiple times, according to police.

A member of back-to-back SWAC championship teams in 2014 and 15, Tollette led Alcorn with 52 receptions in 2013. He had his best game as a senior in the Celebration Bowl, where he threw for a touchdown and ran for one.

Thoughts and prayers out to the George family and Alcorn State family.