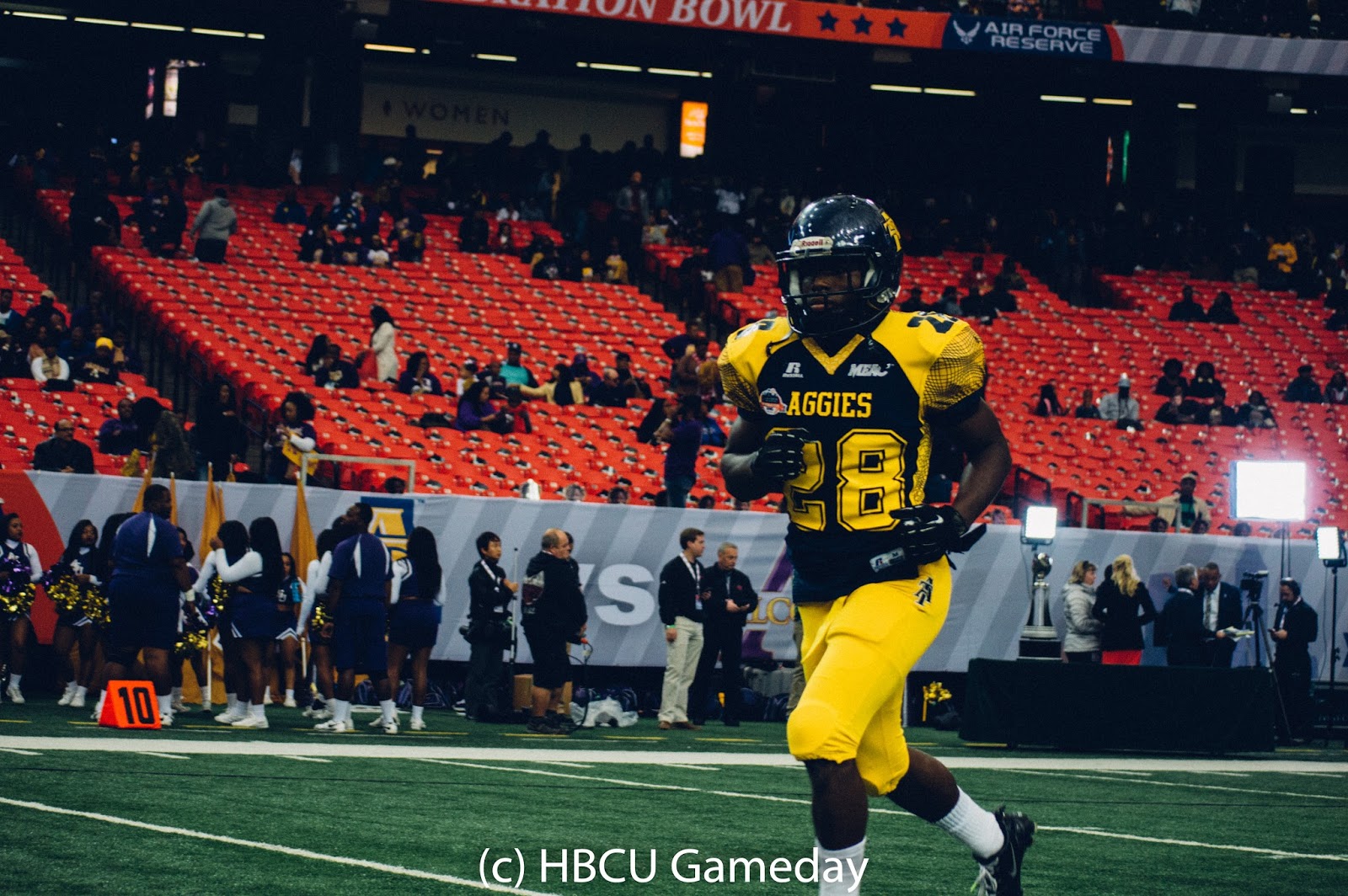 We’re still three months from the start of the football season, but pre-season accolades are starting to roll in. North Carolina A&T’s Tarik Cohen figures to get a lot of them, and he’s off to a good start by being ranked as the 15th best athlete in all of college football by Bleacher Report.

Whether he’s flipping to catch footballs or shaking defenders, Tarik Cohen is simply fun to watch.

Checking in at just 5’6″ and 173 pounds, the North Carolina A&T running back atones for his small stature with speed, speed and more speed. Cohen has sliced defenses for 4,031 yards and 38 touchdowns on the ground, adding 61 receptions for 606 yards.

It’s been just about a year since Cohen burst on to the national scene via his infamous one-handed catches-while-doing-flips. He backed up that hype with his third-straight 1,000 yard-plus season and capped that off with a 295 yard performance in the nationally-televised Celebration Bowl. Cohen is now just over 600 yards away from becoming the MEAC’s all-time leading rusher.