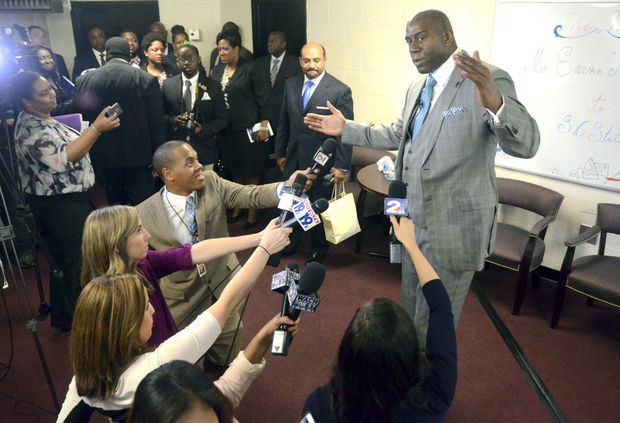 Magic Johnson didn’t go to an HBCU, but he’s giving back to one in a big way. The five-time NBA Champion and hall of fame player has teamed up with South Carolina State to provide a $2.5 million scholarship in his name.

“I am overjoyed by the opportunity to continue my commitment to higher education through my partnership with SC State University. Since visiting the university over a year ago, we have worked to develop meaningful ways to contribute to its success. This endowment will help continue the legacy of our nation’s historically black colleges and universities (HBCUs). I encourage all corporate and socially responsible citizens to support our HBCUs,” Johnson said in a statement.

Johnson’s scholarship is great news for South Carolina State, which just last year faced the threat of being shutdown and re-organized. For a man who has no direct ties to HBCUs, (he went to Michigan State) its a major show of support.

How much better would SC State and other HBCUs be if other celebrities and athletes that attended them did something similar to what Johnson is doing? It doesn’t have to be a multi-million dollar scholarship but one scholarship a year could go a long way.

Hopefully what Johnson has started at South Carolina State will be duplicated by those in a position to do so. Will the former student-athletes take up the challenge?