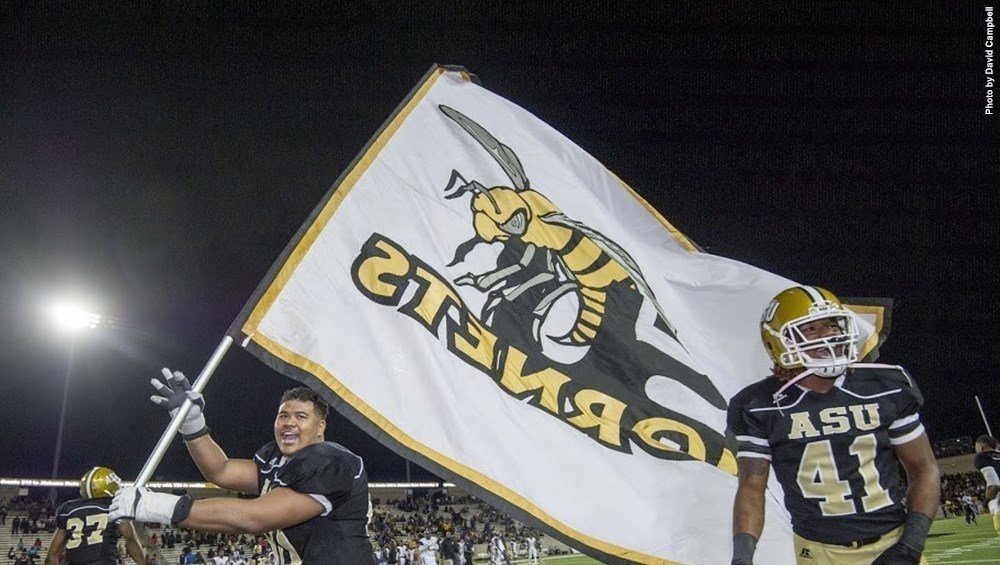 If you don’t have any plans for Nov. 20, 2021, you’re in luck. Alabama State will travel to Jordan-Hare Stadium to play Auburn on that date, the school announced today.

That meeting will be the second between the two Alabama schools, with payouts for both games totaling over $1 million.

The first will take place on November 16, 2018, costing Auburn $515k, according to the Montgomery Advertiser. Payout for the 2021 game will be even bigger at $530k.
If you aren’t one for long-term plans, Alabama A&M will travel to Auburn this fall.
It’s nice to see the SEC football power spreading that money around, especially to HBCUs.  Auburn brought in nearly $125 million in revenue in 2015—11th in the nation— while Alabama State brought in just over $14.5 million.