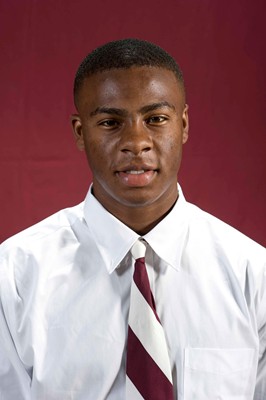 A Morehouse football player has been arrested for his alleged involvement in the shooting of a Clark Atlanta student off campus. Michael Cory Campbell, a defensive back for Morehouse, has been charged with aggravated assault with a deadly weapon, according to the Atlanta Journal-Constitution.

Campbell is alleged to have shot Sean Michael Rockhead just before 2 A.M. on Sunday morning. The circumstances of the shooting are not clear, but they may have involved an attempt to purchase drugs, according to witnesses.

“Atlanta and Morehouse police conducted a welfare check on Campbell and found a large amount of marijuana, scales and other drug paraphernalia in plain sight at his residence. Campbell, a sophomore political science major from San Jose, Calif., was not immediately located. He was in the Fulton County Jail Tuesday night on a charge of aggravated assault with a deadly weapon, according to online jail records.”

Campbell, who hails from San Jose, CA,  played in nine games last season. He recorded 20 tackles. He has been suspended, according to the report.