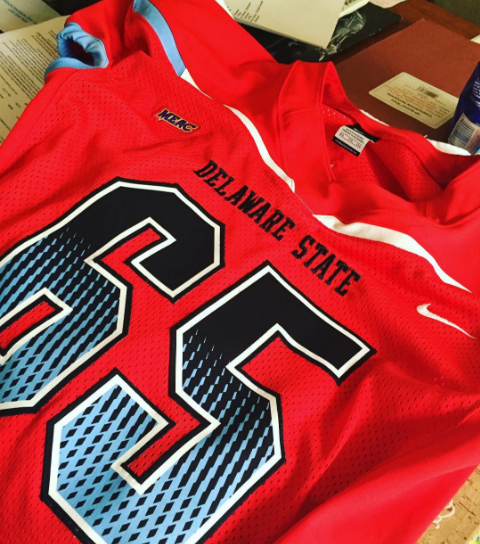 A few months ago Delaware State became the first MEAC school to show off its post-Russell design when it posted a mockup of its new Nike jersey. Monday DSU revealed a real-life version of its jersey that pretty much followed suit.

As announced earlier this month, DSU is one of ten MEAC schools who signed an apparel deal with Nike.

Out with @russellathletic……in with @nike! Starting in July, ALL sports will be Nike affiliated! #GBGBGH #DSUfb #TeamNike 💯🔴🔵💪🏈✔️
A photo posted by Delaware State Hornets (@dsuhornets) on Apr 15, 2016 at 11:24am PDT

We aren’t sure if this is the official design or the prototype. Here’s what the Hornets wore last year with Russell. 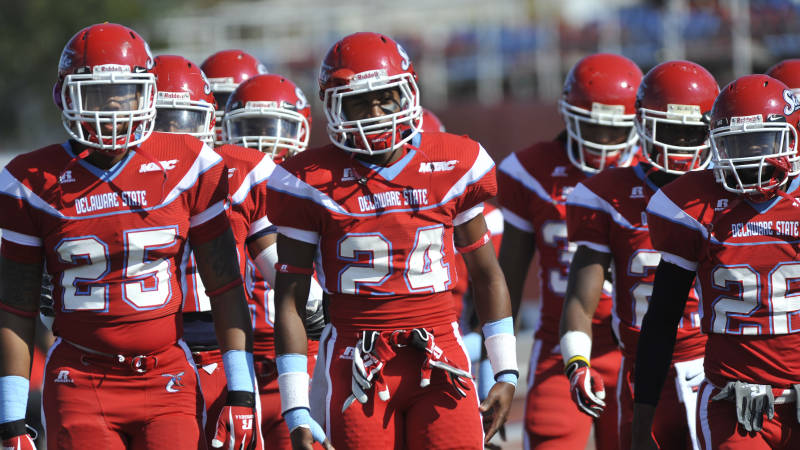 If this is the new design, we’re not sure whether these unis will win over any recruits. But you tell us: are these jerseys fly or foul?