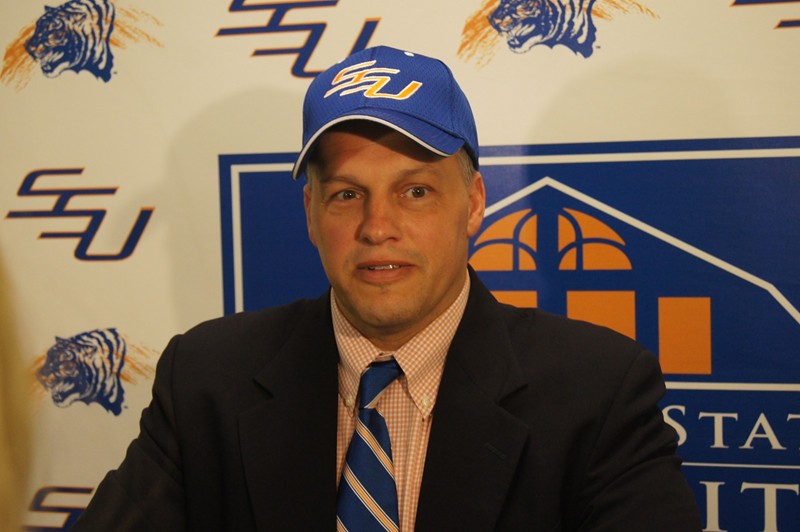 Savannah State has had a lot of practice hiring football coaches in the last couple of years. This time they went off the beaten path, selecting a coach from the Division III ranks.

Savannah State introduced Erik Raeburn as its new head football coach on Monday. Raeburn, 44, has spent the last eight years at Wabash (Indiana) College, where he led the Division III program to a 78-13 record and five trips to the NCAA playoffs. He takes over for Ernest Wilson III, who re-signed from SSU before taking a job at Elizabeth City State.

Raeburn may be new to the FCS, but he’s not new to winning. He won three NCAA Division III championships at Mount Union in the mid-1990s as an assistant before taking over at Coe College where he went 57-26, leading the team to the playoffs twice.

He will have his work cut out for him at SSU, though.

Raeburn’s Little Giants had 12 wins in 2015. Savannah State has 12 wins as a program since 2008. Five of those came in 2008. The team has failed to win more than one game in a season against an FCS program since that year.

The biggest challenge for Raeburn and his staff is  time. With April just around the corner, the recruiting harvest has already been reaped at most of the country, and there is limited time to get familiar with current players. SSU opens up it season at Georgia Southern on Sept. 3, just over five months from his start daye.

The bright side for Raeburn and his crew is that the bottom of the MEAC is crowded (FAMU, Howard and Delaware State all won just one game each in 2015), and teams have been known to jump from the bottom to the top in a quick time span.

Only time will tell if its Savannah State’s turn.