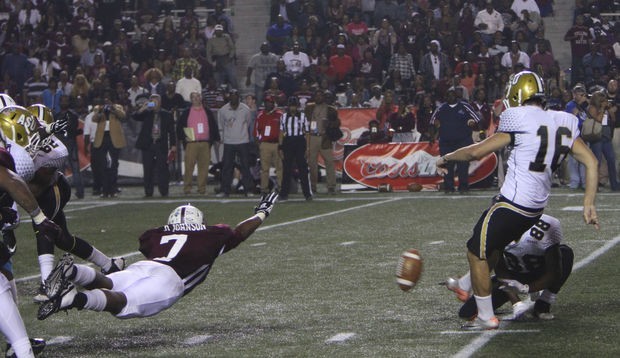 Alabama A&M’s football team just suffered a loss it will never be able to fill. Defensive back Danny Johnson was killed in a car accident early Thursday morning, the school confirmed.

“This is a tragic loss for the Alabama A&M University family,” AAMU AD  Bryan Hicks said in a statement. “Danny was a fine young man, a hard worker on the field and off.

“Our condolences go out to the Johnson family.”

Johnson, 20, was a passenger of a car that collided with another at the intersection of Alabama 40 and Jackson County Road 124 at about 8:30 a.m., according to AL.com.

The Huntsville, AL native was a two-year starter for AAMU. His best game came in the Magic City Classic against rival Alabama State when he recorded five tackles, picked off a pass and blocked a PAT in a 37-36 AAMU win.
Prayers and condolences go out to this young man’s family.