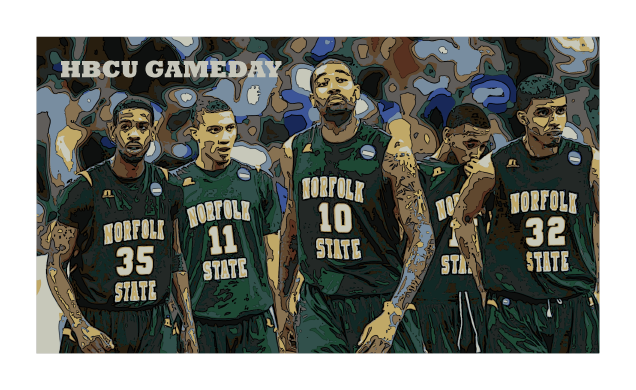 We knew this day would come. We were prepared for it. And now its here.

Many “experts” are now calling Middle Tennessee State’s 90-81 upset over Michigan State the greatest upset of all-time. Those experts need to chill.

First of all, there are pure facts. This one by stats guru Nate Silver.

//platform.twitter.com/widgets.js Let’s just keep it simple: All of the upsets by MEAC teams— Coppin State over South Carolina, Hampton over Iowa State and Norfolk State over Missouri — were bigger.

Look at Norfolk State. NSU was an HBCU making its first-ever appearance in the Big Dance from a conference that — despite already won two such matchups — has never been regarded highlight among the rest of their Division I bretheren.
Unless you are a long-time follower of Division II basketball, or an HBCU supporter, or live on the east coast of the Commonwealth of Virginia, there is a pretty good chance you’d never heard of Norfolk State. Same with Hampton a decade earlier.

After decades a Division II power, Norfolk State floundered in the MEAC for over a decade, never once making it to the MEAC Championship Game, let alone an NCAA Tournament game. They didn’t even win the conference’s regular season title, as Savannah State took the crown.

They were supposed to show up, entertain the crowd with the band, take their ass whupping and go home.

But they didn’t. Future NBA player Kyle O’Quinn had one of the great first round performances of all-time with 26 points and 13 rebounds, and teammates like Penny Williams and others used their length to bother Missouri and come away with the biggest upset of all-time. At least until some 16 seed beats a no. 1.

Coppin State beating South Carolina in 1997 was a surprise because the MEAC had never won in the tourney before Fangs Gang tamed the SEC power.
And even though it was a 4th seed, you could make an argument that Southern’s win over Georgia Tech in 1993 was just as big, given that Tech was the ACC Champ at the time.
All due respect to Middle Tennessee, but y’all can dead that noise.