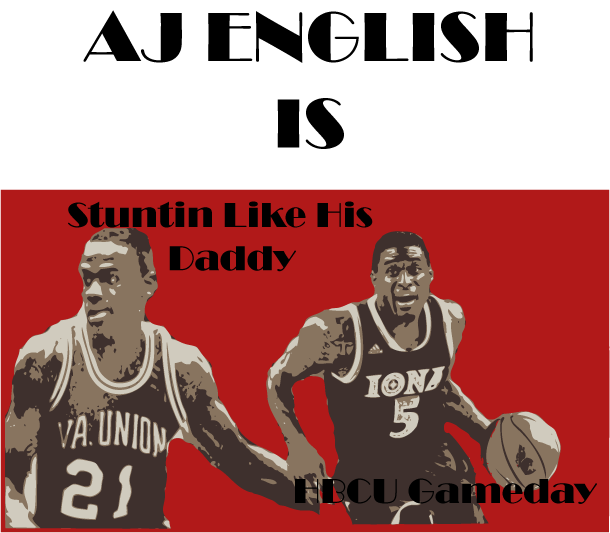 You’ll be hearing the name A.J. English quite a bit this week–and maybe longer. The Iona guard is one of the best players in college hoops right now, and his team is sure to be one of the darlings.

Of course, if you were a basketball fan on the East Coast in the late 1980s and early 90s, you know he’s not the first college hoops star with that name.

A.J. English II was a high-flying, trash-talking guard for Virginia Union in the late 1980s. The Wilmington, DE native took the storied CIAA conference by storm after arriving in 1986, averaging 20 points per game for his career while playing under legendary coach Dave Robbins. English eventually becoming the Division II National Player of They Year in 1990 after averaging 33.4 points and 5 assists per game.

English was drafted by the Washington Bullets in the second round of the 1990 NBA Draft, and played two seasons with the Wizards predecessor. Despite averaging 9.9 points per game his stint in D.C., he
never played in the NBA after the 1992 season. He went on to play for nearly a decade in Europe, and had a son that is now one of the hottest names in college basketball.

The elder English says his progeny has been much more polished that he was in college.

“He’s more polished than I was as a junior in college,” the father told DelawareOnline.com. “I didn’t have a father that was a professional basketball player. He’s a student of the game and watches way more film than I did, and he understands what he needs to work on. I kind of played off pure ability and was just hungry about making a way out of the inner city and providing a better life for myself and family.”

A.J. English II accomplished that. And that’s why A.J. English III is one of the players to watch in this year’s NCAA Tournament.