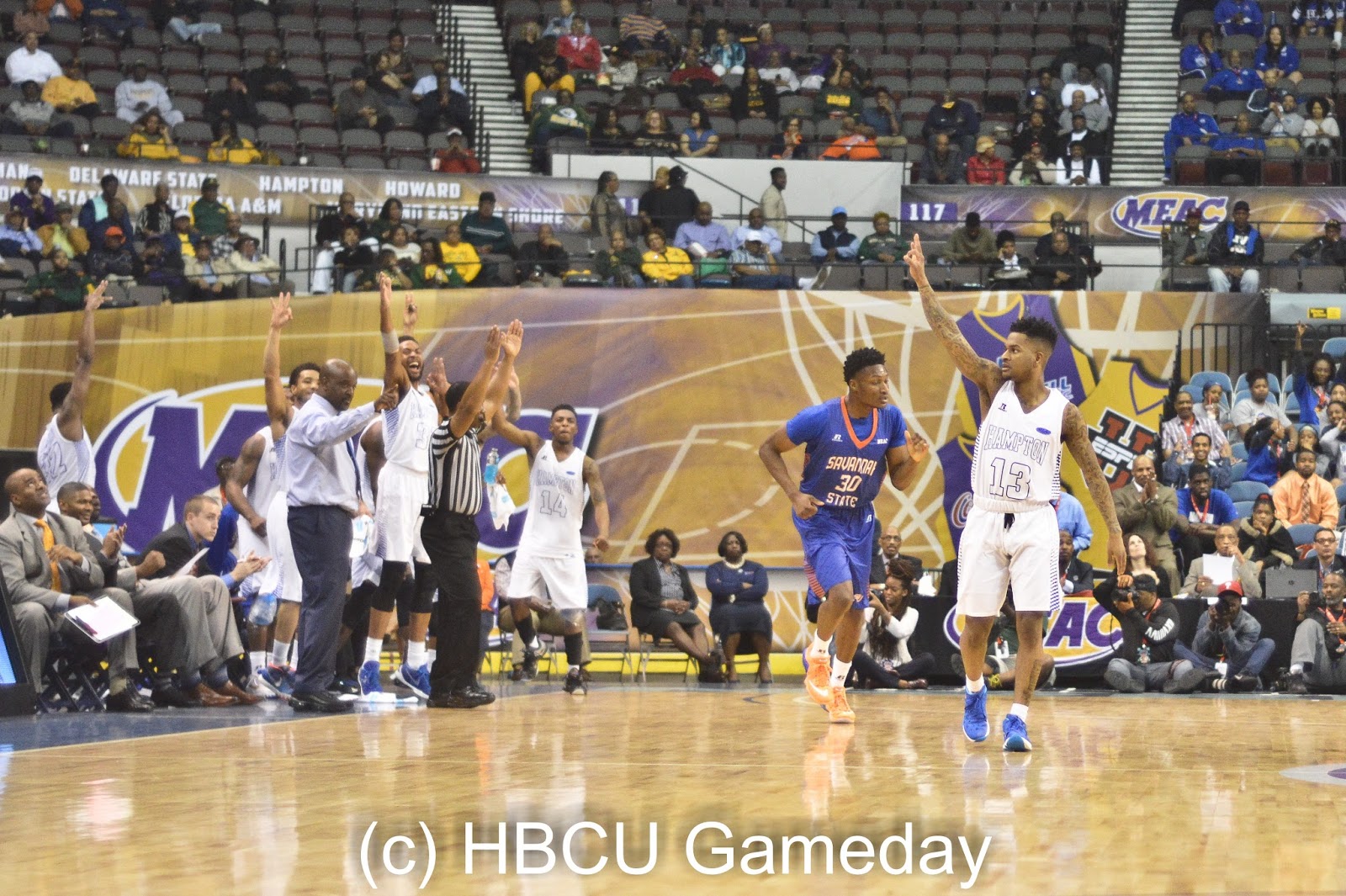 Hampton is headed back to the NCAA Tournament after winning their second straight MEAC Tournament Title, where they’ll face in-state foe Virginia. Here are five things you need to know about Hampton before the game tips off in Raleigh on Thursday.

1. They’ve been here before

Hampton is back on the big stage for the second year in a row — but this time they know what they are up against. They were the Cinderella of last year’s MEAC Tournament, and temporary darlings of last year’s tourney after beating Mahattan before succumbing to the force of nature that was Kentucky. 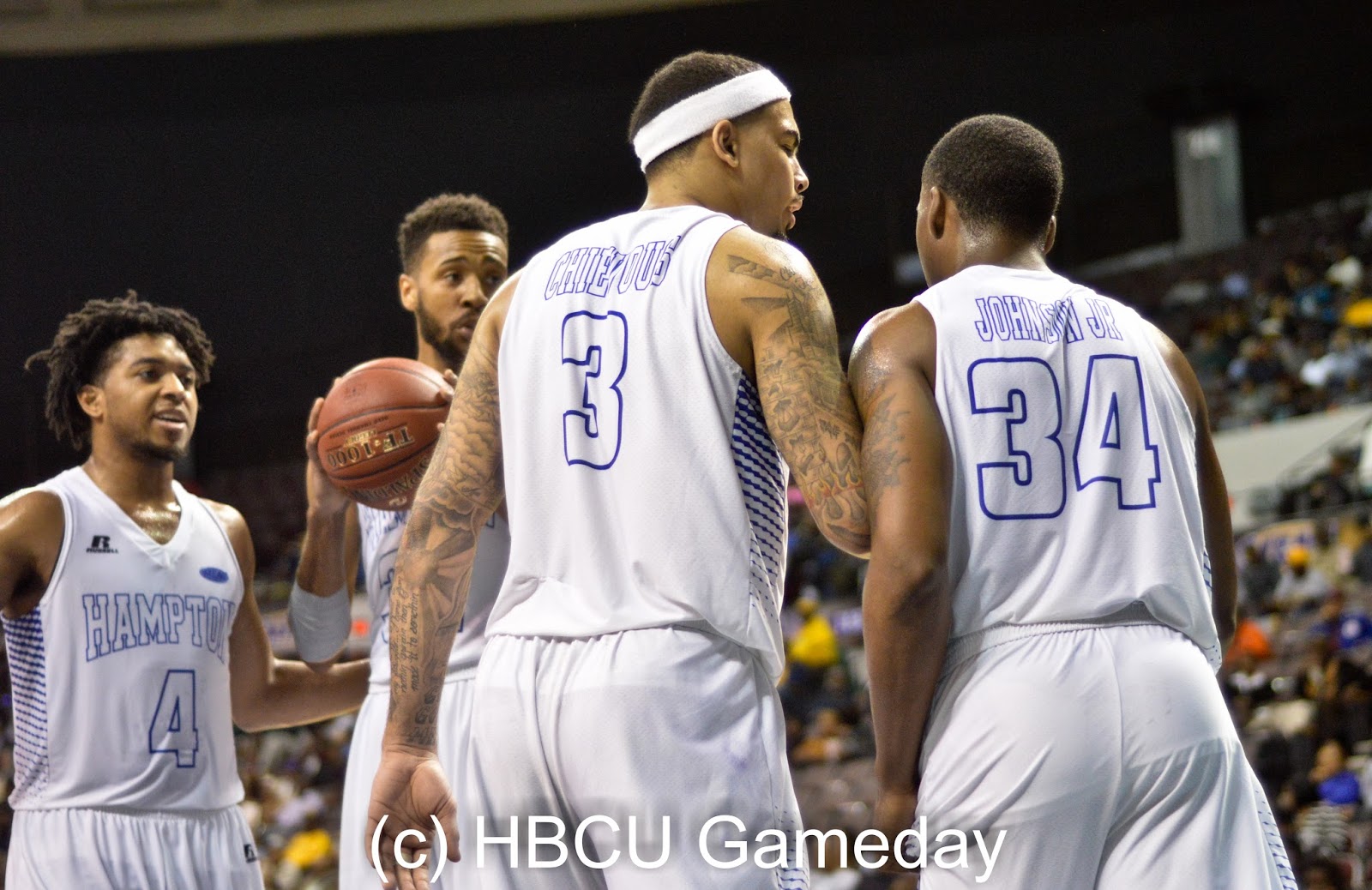 2. They are battle tested

After last year’s conference title run and NCAA Tournament exposure, Hampton had to deal with being “the hunted” all year. Despite the target on their back, they took care of business during the regular season and the conference tournament, becoming the first team to win back-to-back MEAC titles since Morgan State did it in 2009 and 2010. 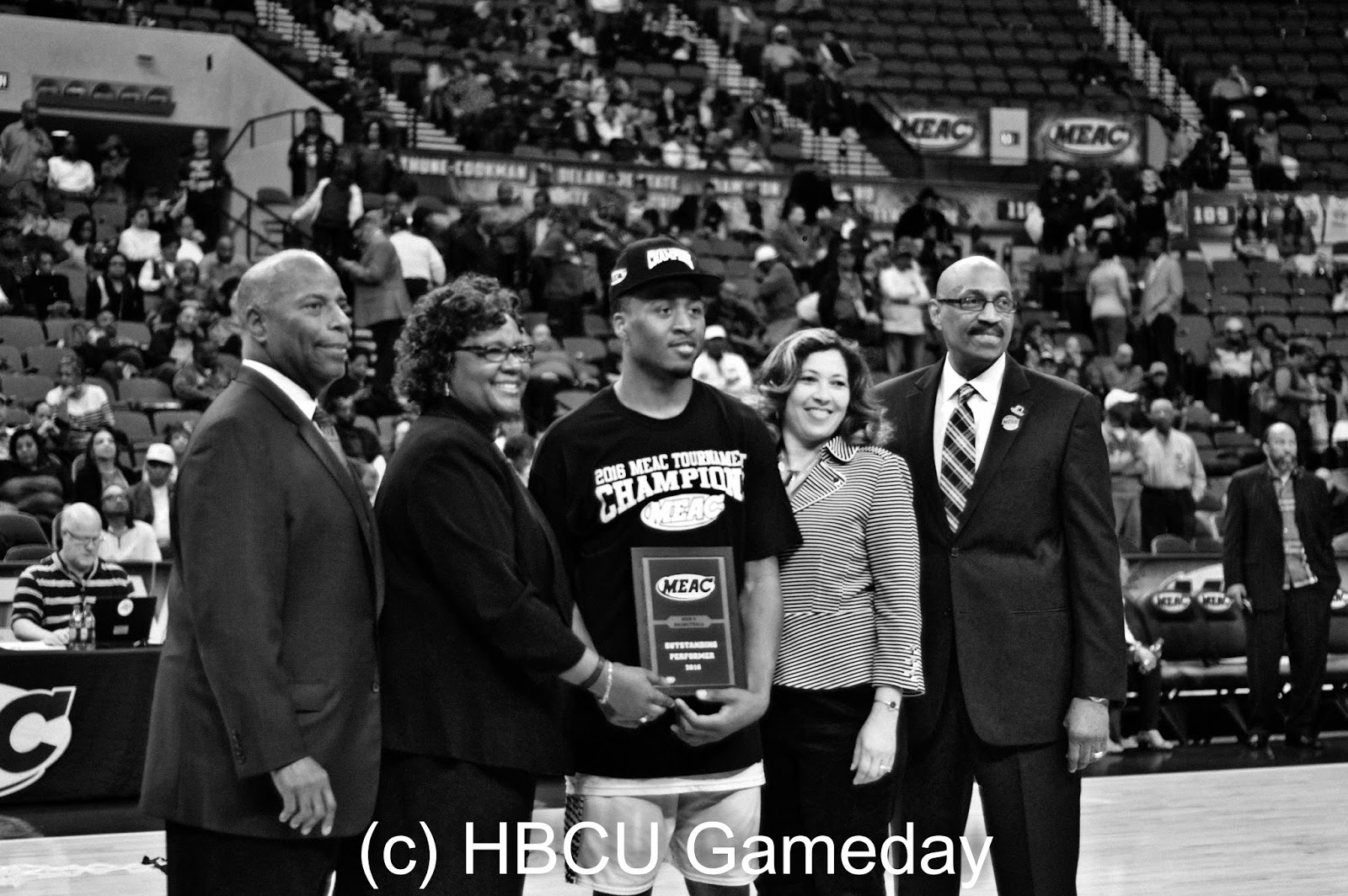 3. Reggie Johnson is a star ready for the big stage

The former Miami (OH) guard was finding his way when the team made its run last year. This year he’s taken his game up a notch, while assuming point guard duties to make up for the void left by 2015 MEAC tourney MVP Deron Powers. Johnson averaged 18.3 points and 4.1 assists per game and has learned how to put the ball in the bucket while spreading the wealth. 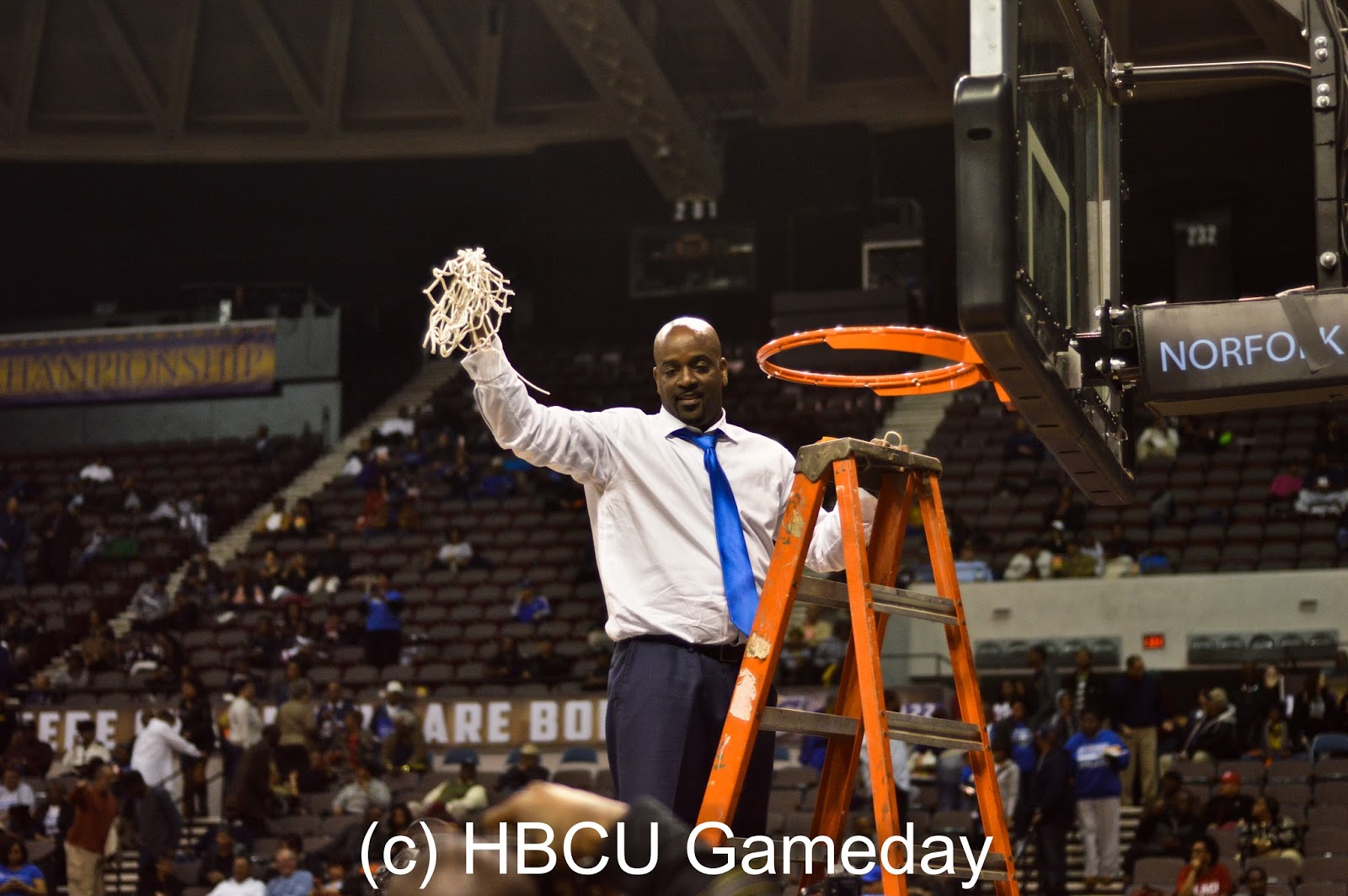 Last year Edward “Buck” Joyner Jr. made headlines for his attempt to “call Jesus” before his team’s second round game with Kentucky. During the MEAC Championship Game he attempted to chest-bump a player before almost taking a tumble on the floor of the Norfolk Scope. Joyner’s fun-but-intense approach to the game was made for March. 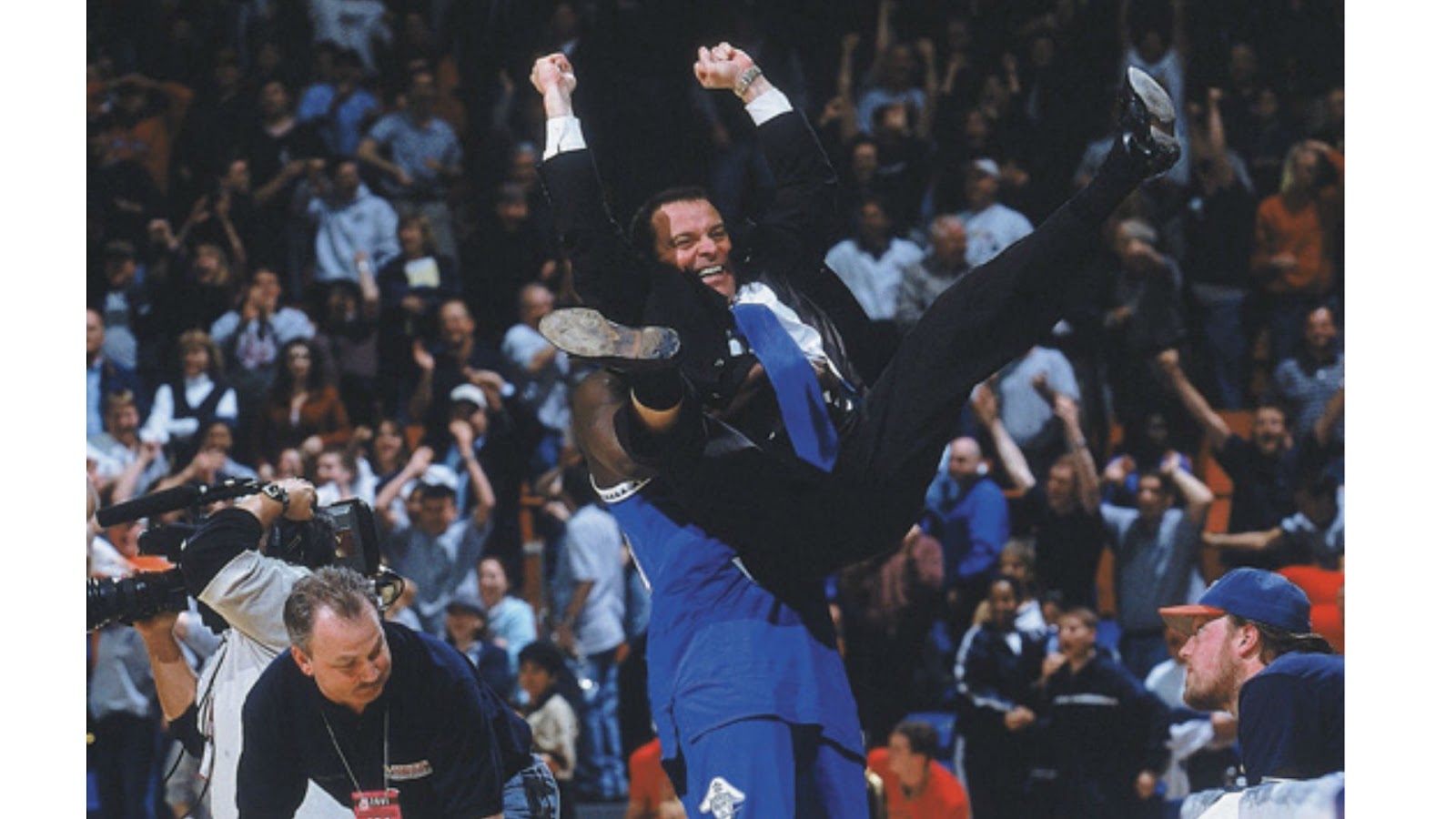 5. They are getting used to this NCAA Tournament thing

This year’s appearance in the NCAA Tournament makes six for Hampton since it moved to Division I during the 1995-96 season. North Carolina A&T is the only MEAC member that has been to the NCAA Tournament more, and no one has more wins in the MEAC than Hampton, which will always be remembered for knocking off Iowa State in the 2001 NCAA Tournament.