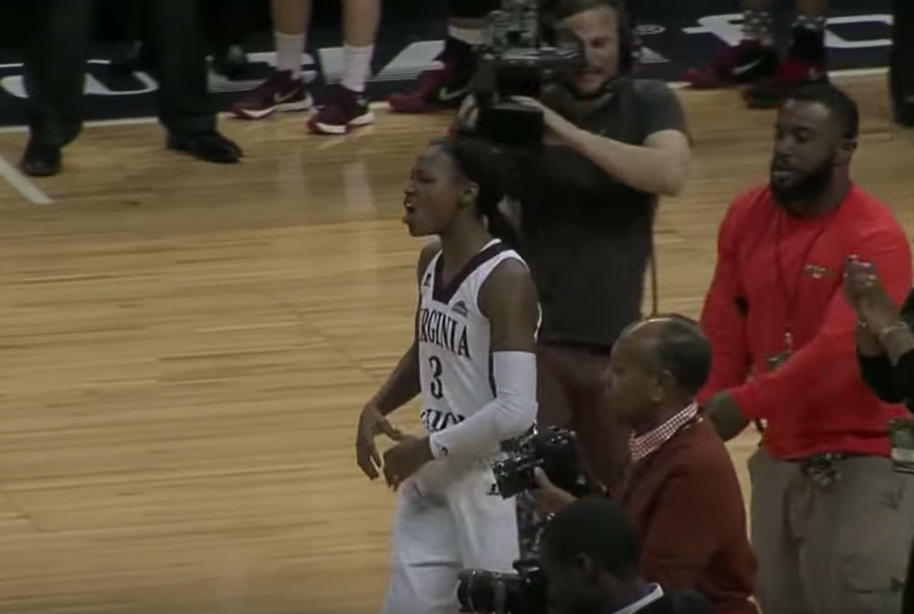 Virginia Union is a school with a history of great teams and great players. From The Dream Team of the 1940s to the 1980s squads with Charles Oakley and A.J. English (the father) to the mid-2000s teams who made back-to-back NCAA Championship appearances, winning the 2005 title.

But even amongst that history, what’s going on with Virginia Union’s women’s team right now is pretty special. And a lot of it has to do with the talents of Kiana Johnson.

Johnson scored an NCAA Tournament record 49 points on Monday to lead VUU to a 91-77 win over West Liberty in the Atlantic Regional Championship.

Big point totals are nothing new for Johnson. She’s averaging 29.3 points this season. She averaged 33 points in the CIAA Tournament, scoring 41 points in the semifinals against Livingstone. But 49 points in a Sweet Sixteen game was easily the most impressive performance by the former Michigan State guard.
“I was going for it once somebody told me I was three points away,” Johnson said of scoring 50 points “but they just kept fouling us so I didn’t get the opportunity.”

Johnson’s dominance aside, VUU isn’t just a one-trick pony. Sophomore forward Lady Walker is a star in her own right, averaging 18.2 points and 13.4 rebounds.

That combination has Virginia Union talking about a national championship—something the women’s program has done since 1983. Johnson and her teammates are well aware as they’ve played under that banner all year.

“We can’t stop hearing about it,” Johnson said about her team’s hopes to follow in that team’s footsteps. “It just feels good to be a part of history, and I’m embracing the moment.”

The Panthers are just three wins away from adding another banner to an arena that already features four national championships.