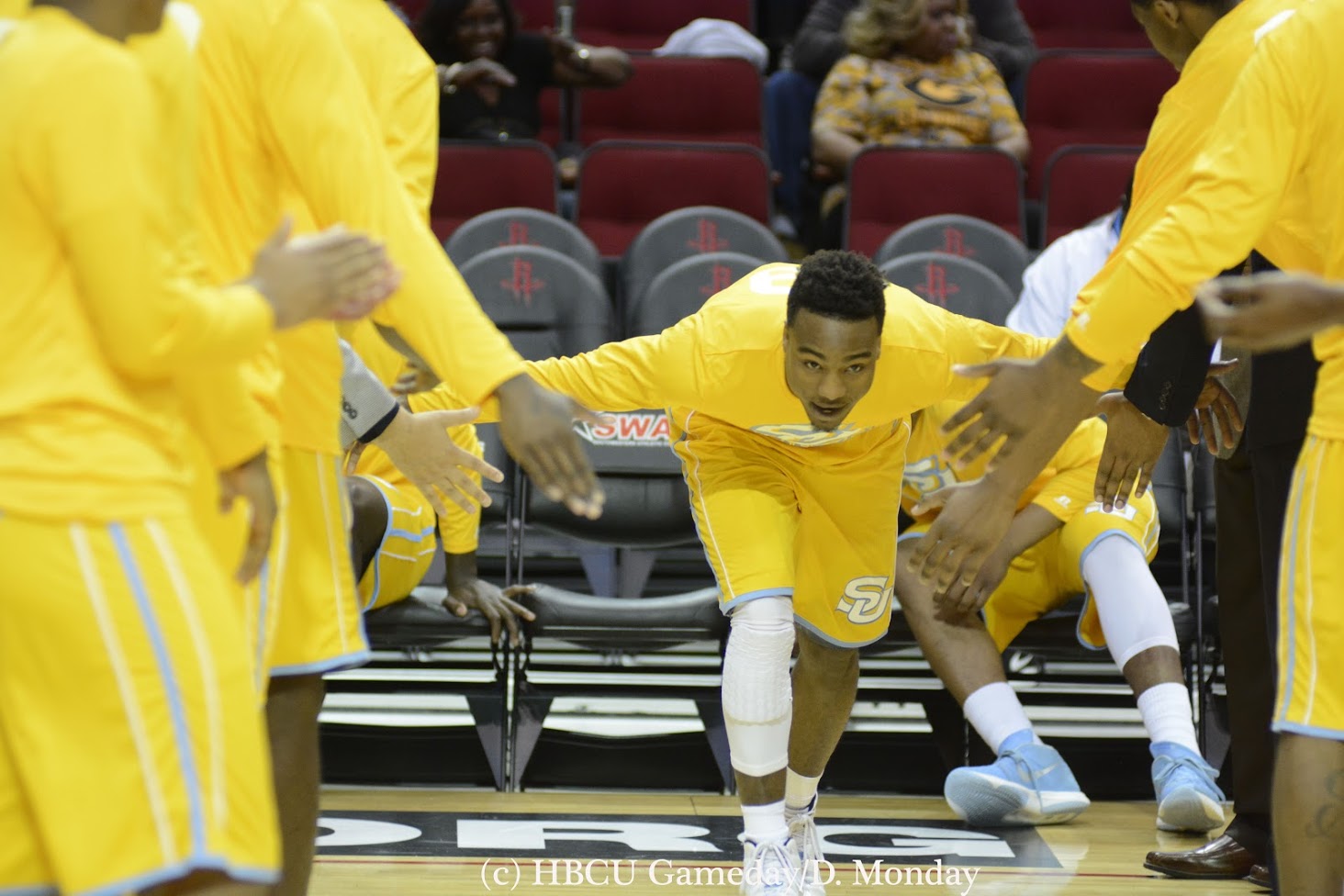 Southern will help kick the NCAA Tournament off when it faces Holy Cross on Wednesday in Dayton, OH. Here are five quick facts you need to know when Southern takes the court.

1. Back for the first time

Southern has been to the NCAA Tournament nine times, the most in the history of the SWAC. They last appeared in 2013 when they nearly knocked off Gonzaga, which would have written them into the history books as the first no. 16 seed to beat a no. 1 in history.

It’s been a long road back, however, as the team had to deal with an NCAA Tournament ban that made them ineligible to participate in the tournament each of the last two seasons. With the ban lifted this year, the Jaguars are back creeping on a come up again.

2. They aren’t afraid of competition
Southern didn’t just beat up on competition in the SWAC, they also got wins against the AAC, Mountain West and SEC.

Guard Adrian Rodgers avg. 17 points this season in the conference which ranked 2nd in the SWAC this season. He scored 20 or more points 11 times this season, including a 30-point performance against Louisiana Tech.

4. The coach’s kid can play

Trelun Banks isn’t just on the team because his father, Roman, is the coach. Banks averaged 11 points this season in the SWAC, while shooting 36% from three-point land. The second-team All-SWAC performer hit a big-three point shot to give Southern the victory over Jackson State in the SWAC Championship.
5. Southern knows upsets

Though they narrowly missed making history in 2012, Southern has pulled off a big upset before in the NCAA Tournament. The 1993 squad, led by Ben Jobe, shocked the basketball world by beating ACC Champ Georgia Tech in a game that folks still talk about. Oregon, beware.