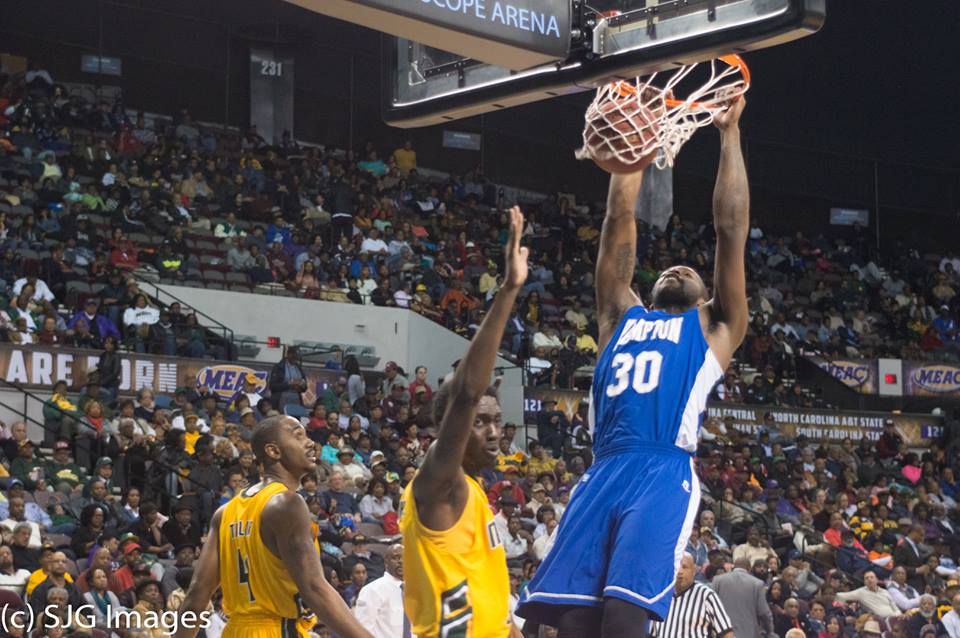 In the fall of 1971, six schools left the CIAA to start a new conference — the Mid-Eastern Athletic Conference. Forty-five years and several expansions later, the MEAC is still trying to step out of the spotlight of its big brother’s basketball tournament.

As the MEAC Tournament kicks off in Norfolk, VA this week, things are looking brighter than ever for the youngest basketball tournament in HBCU sports.
This year’s tournament marks the fourth in a row the tournament has taken place at The Scope, a small, drab arena that wears every one of its 48years appropriately. Located in downtown Norfolk, the seating capacity is a modest 10,253 — perfect for a tournament that struggled to fill up the 14,665-seat Lawrence Joel Veterans Memorial Coliseum in Winston-Salem from 2009 through 2012.

The conference held its tournament there back in the early 1990s — but with no schools in the area, it didn’t take hold. That’s an important fact, because it is the schools that now construct the MEAC, along with its location, are reason to be optimistic about the tournament’s future. Especially this year.

Since the tournament’s previous stay at the Scope, the MEAC has added four schools, three of which helped turn the CIAA Tournament into the cultural giant that it eventually became. Hampton and Norfolk State left the CIAA for the MEAC in the mid-1990s in a quest to build Division I athletic programs. A decade after Norfolk jumped to the MEAC, North Carolina Central left the CIAA for the second time, heading back to the conference it helped found in 1970.

The addition of those three schools plus Norfolk’s proximity to them have put the MEAC in a position to prosper and build. The Scope is literally in Norfolk’s back yard, across the Chesapeake Bay from Hampton and only a few hours from Durham. Add in the affordability of staying in the Norfolk area (especially compared to the prices hotels charge for other basketball tournaments) and its a pretty easy sell — if your team is doing well.

It’s the same formula that helped the CIAA Tournament grow in the 1970s and 80s. The tournament was held in several cities in Virginia at that time —  Hampton, Norfolk, Richmond  — all of which had capacities of under 12,000. Coincidentally, either Hampton, Norfolk, Virginia State or Virginia Union won every conference tournament from 1982 through 1996, making the CIAA a very hot ticket during that time.

Last year’s semifinals showed the potential of what the MEAC can be in Norfolk.

North Carolina Central arrived in Norfolk as the defending champs, favored to repeat, and they brought a solid crowd to the compact arena. Many of those fans left stunned when Delaware State beat their school, but it showed that people were willing to show up. The crowd grew even larger for the second contest, as rivals Hampton and Norfolk squared off in the unofficial third “Battle of The Bay” game for that season.
.
The same thing could happen this year, as Hampton and Norfolk State enter the tournament as the top two seeds, meaning they could meet up in the conference championship game on national television. With no disrespect to the rest of the conference, that’s probably the best scenario the MEAC can hope for attendance-wise.

The MEAC will never be the CIAA (even though most of its schools helped build it’s legacy) but it doesn’t need to be.  It’s quietly becoming a solid Division I conference tournament while using the formula that built the CIAA. Eight or nine thousand fans in an NBA arena may not look like much, but put that same number in a smaller venue, and it feels a whole lot bigger. Throw in a few good teams who could make deep runs, and watch it grow.