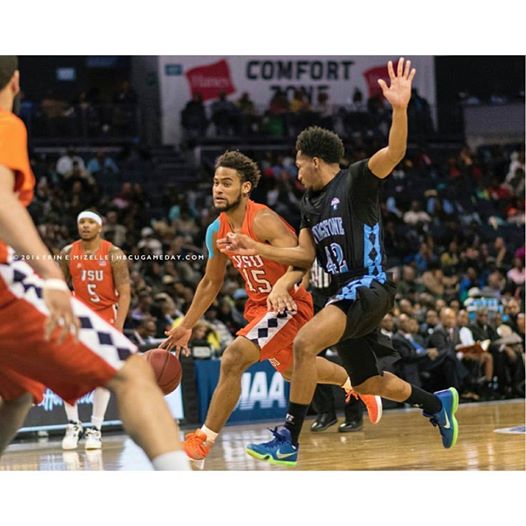 Livingstone led 36-35 at the half, but Virginia State opened the second half on a 12-0 run and never looked back.

“They were hungry, they wanted it bad,” Livingstone senior forward Ty Newman Jr. said after the game. “They looked like the best team in the conference in the second half.”
According to tournament MVP Kevin Williams of Virginia State it was the halftime message from coach Lonnie Blow that got the Trojans rolling.

Williams finished the game with 24 points and 3 steals.

The Trojans, the number 1 seed coming into the day’s matchup with a 14-2 conference record, earned themselves an automatic NCAA tournament bid and will get the opportunity to represent the often overlooked CIAA conference in The Big Dance this March.

“We’re ready to take on the challenge,” Moore said.