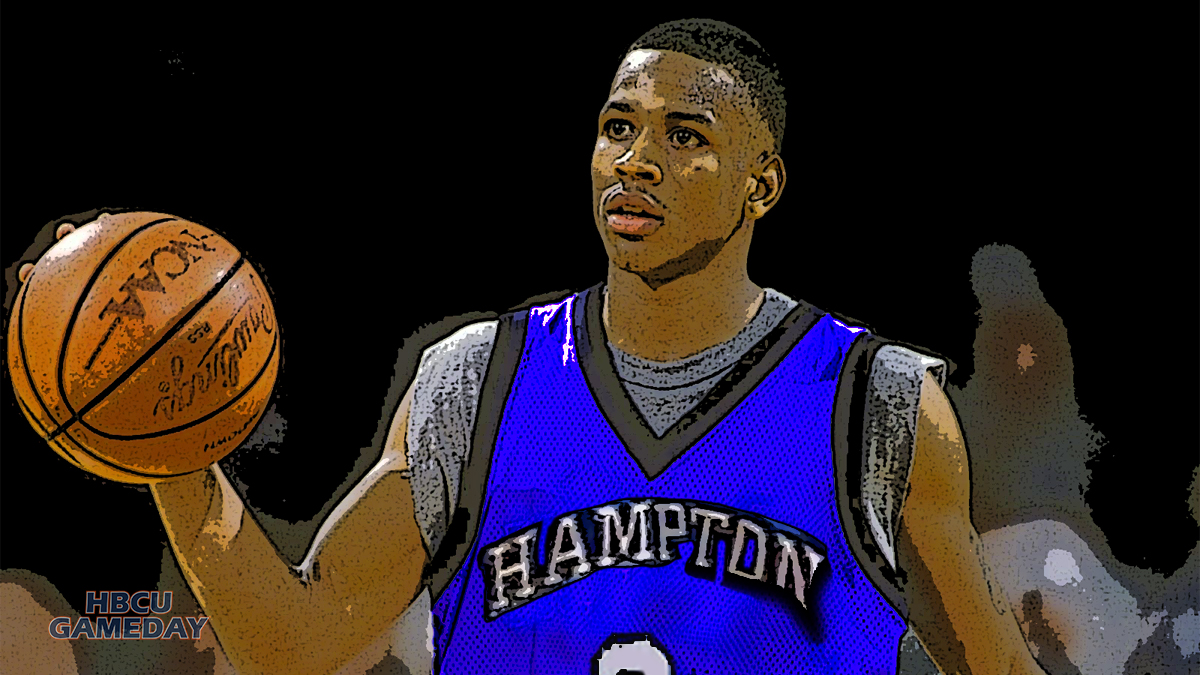 Gameday Faction: If Allen Iverson went to an HBCU

Dream with us for a second as Allen Iverson spends his college career at an HBCU.

Hampton University is prepping for its final season in the CIAA, as it prepares to jump to Division I and the MEAC the next season. But before it leaves for greener pastures, it has unfinished business. After winning the 1991 CIAA Title, Hampton has watched rival Virginia Union win each of the last three conference tournaments. But this year, Hampton will add a new weapon to its arsenal: A 6’0 All-American named Allen Iverson.

A product of nearby Bethel High School, Iverson was once the most sought-after high school prospect in the nation. Despite his size, he was arguably the best player in the state at both football and basketball, and every major college was knocking on his door. But a bowling alley brawl on Valentine’s Day 1993 changed the course of his career and life forever. He was accused of throwing a chair, and subsequently sentenced him to five years in prison based on rarely used anti-lynching laws that were originally designed to keep black men from being hanged in the Commonwealth.

Fortunately for Iverson, and Hampton, the 18-year-old was granted clemency after four months by Douglas Wilder, the state’s first-ever black governor (and a Virginia Union and Howard alumnus). Upon his release, Iverson found that most major colleges were no longer interested in a player and young man they felt was “damaged goods.” Georgetown coach John Thompson was the exception, but even “Big John” couldn’t convince the powers that be at the catholic school that Iverson was worthy of salvation.

Enter Hampton. Its president, Dr. William Harvey, spoke out in support of Iverson during his ordeal, and rallies were held on his behalf there. Hampton also offered Iverson a chance to play football. He was already a success on the gridiron, unseating quarterback Matt Montgomery and leading Hampton to its third-straight CIAA Championship.

From the moment he sets foot on the court, it is apparent that Iverson is a cut above everyone at Hampton, in the CIAA and all of Division II. Iverson abuses opponents on a nightly basis, averaging 31.2 points, 6.3 rebounds, 6.2 assists and 4.2 steals per game while leading Hampton to a 22-2 record during the regular season, scoring a season-high 49 against rival Norfolk State and friend Joe Smith.

He continues the tear in the CIAA Tournament, helping end Grant Hill’s career at North Carolina Central with a 32-point, nine-rebound, nine assist night and averaging 35 points per game to lead his team to a championship game matchup against Virginia Union. Iverson has his moments, including a dunk on Ben Wallace that folks talk about to this day, but in the end VUU comes up up with a 102-100 overtime victory in Winston-Salem.

Although Hampton wasn’t able to pick up the CIAA title, it does get a shot at a Division II title with an at-large bid. It starts with a rematch against VUU, where Iverson wills his team to a win with a 45-point performance and ended in the Division II Final Four with a loss to eventual champion Southern Indiana, coached by Bruce Pearl.

Iverson, realizing that pro scouts wanted to see if he had point guard capabilities, spends more time setting up teammates early in his sophomore season, racking up double-digits in assists during his first five games. He saves his best games for one-on-one matchups against South Carolina State’s Ray Allen (35 points) and North Carolina A&T’s Antawn Jamison (41 points, 11 rebounds, 12 assists). For the season, Iverson averages 28.2 points, 7.8 rebounds and 8.2 assists to lead Hampton to a 20-4 regular season record.

It’s more of the same in MEAC Tournament, as Iverson overwhelms Howard (25 points, 11 assists, 7 rebounds) in the quarterfinals, outduels Bethune-Cookman freshman Vince Carter in the semifinals (33 points) and dunks all over Kerry Kittles and Delaware State in the finals to make the Pirates the MEAC Champs their first year in the conference.

Despite an impressive 23-4 record, Hampton finds itself a 16-seed, matched up against All-Everything big man Marcus Camby and UMass. All week, the Pirates hear about how they were too small to matchup against Camby and Co. Iverson handles the questions of the national media with a smile, but when he steps on the floor, he’s all business.

“We got this,” Iverson repeats to his teammates all through warmups, up to the opening tip, and even during the game.

Led by their fiery leader, the underdog Pirates jump out to a 10-2 lead before John Calipari was forced to call a timeout. Calipari tries both Carmelo Travieso and Edgar Padilla, and even 6’7 Donta Bright on Iverson, but he still manages to score 25 first half points to keep his team within firing distance, as they trail 40-35 at halftime.

That was as close as they would get, as Iverson’s teammates can’t give him enough help to overcome a more complete UMass team. He scores 40, but the team would lose 75-56, becoming the latest no. 16 seed to lose to a number one.

A few months later, Iverson makes it official: He announces he’ll turn pro, and prepares to leave his native Virginia for the first time.

And the rest, as they say, is history.

Gameday Faction: If Allen Iverson went to an HBCU