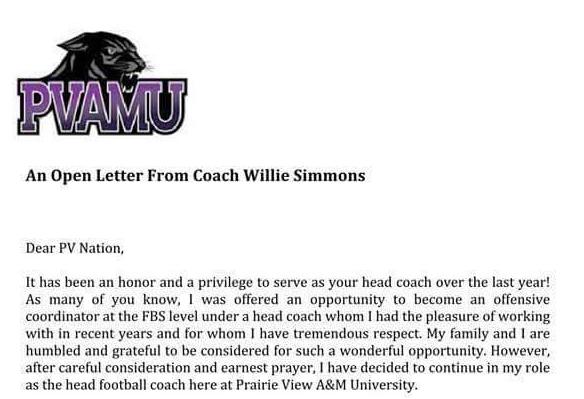 Over the last couple of weeks, we’ve seen a couple of coaches leave HBCUs for other jobs. Prairie View A&M’s Willie Simmons could have been the third, but he decided to return to PVAMU instead of taking an offensive coordinator position at Southern Miss.

The former Clemson star explained why in an open letter to Prairie View supporters.

“I made promises when I accepted the job as leader of this football program to be committed to excellence, to do things the right way and to bring a championship caliber program to “The Hill,” Simmons wrote. “I stand by my word to the parents and recruits I met with over the past few months that I would be coaching at PVAMU next season. I stand by my commitment to the amazing young men whom I have the privilege of coaching that we would finish what we started after our 9-2 season last year.” 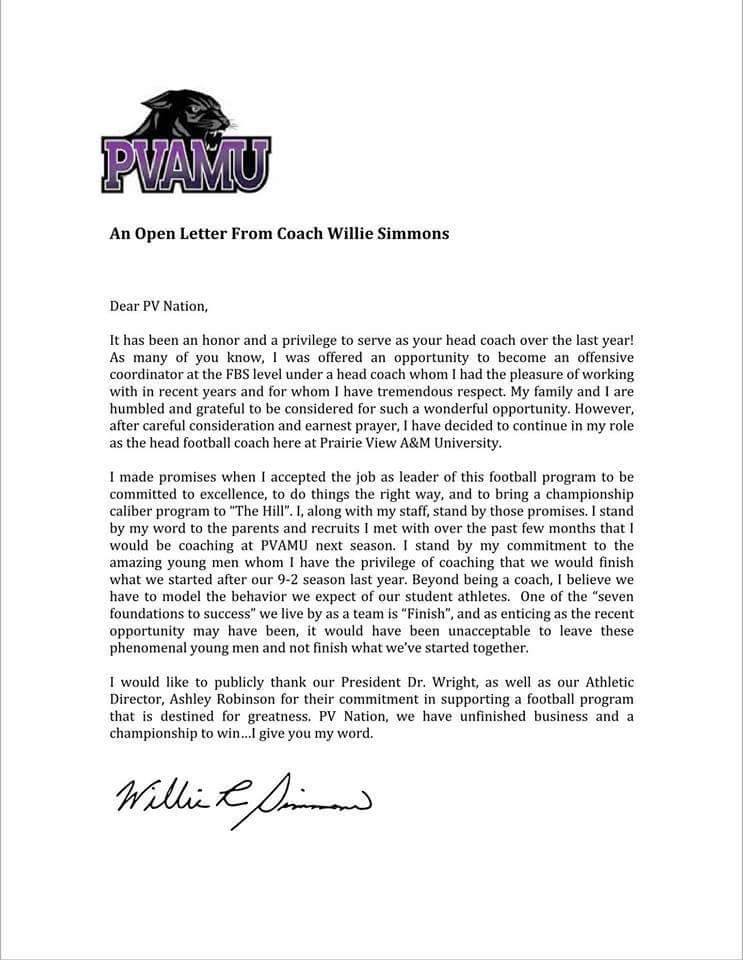 Simmons would have been working under Jay Hopson at Southern Miss. He previously worked for Hopson as at Alcorn, serving as offensive coordinator their before accepting the head job at Prairie View following the 2014 season.