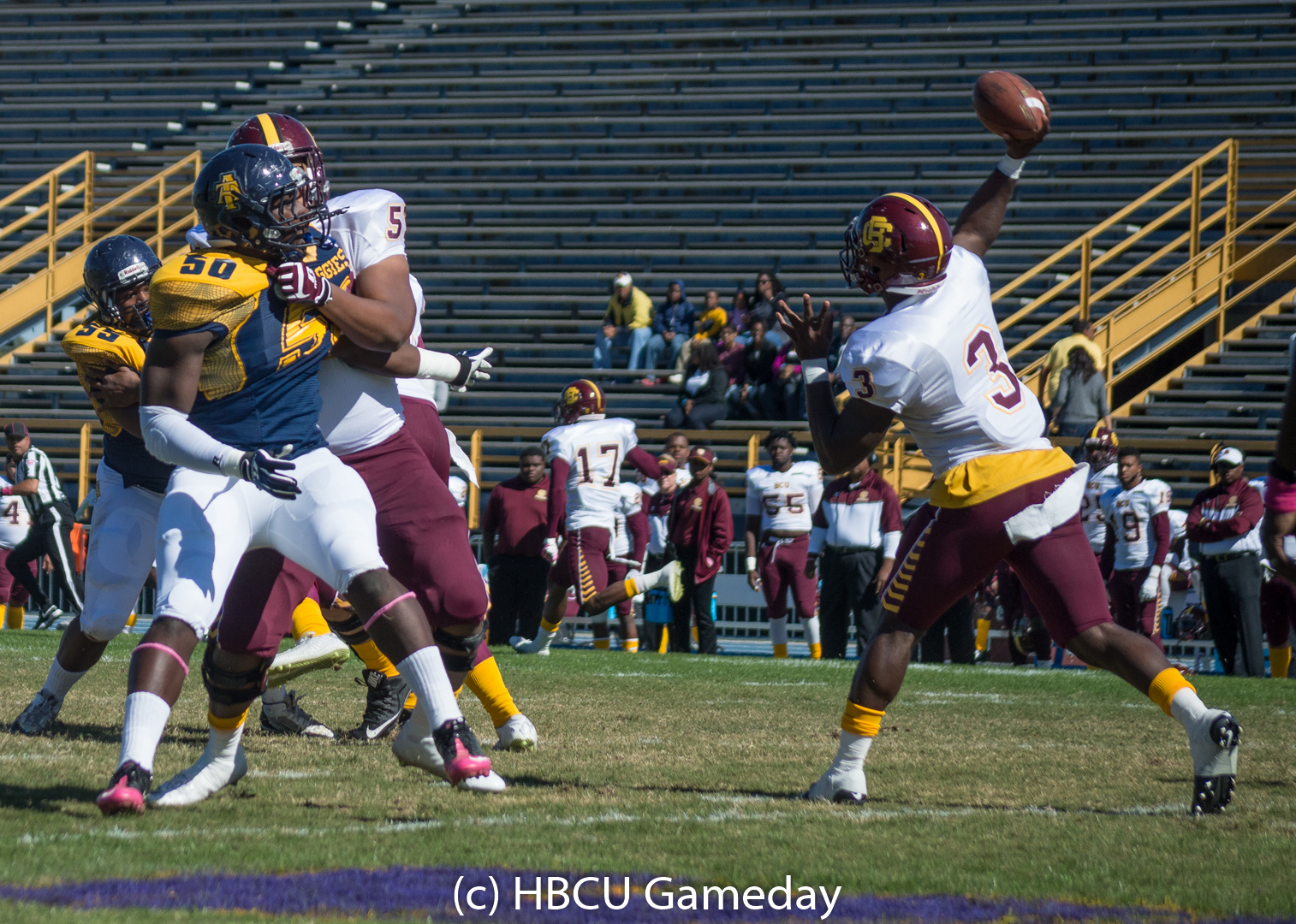 Former Howard quarterback Greg McGhee turned heads last winter when he signed up to play in the CFL instead of chasing the NFL. Bethune-Cookman quarterback Quentin Williams is following in his footsteps, as he signed with the Winnipeg Blue Bombers of the CFL on Friday.

Inked 🖊 || Congratulations to @q45___ on signing his contract with the Winnipeg Blue Bombers 😼🏈 pic.twitter.com/oQtFzObQqC

//platform.twitter.com/widgets.jsBCU won at least a share of the MEAC title every year Williams played, including 2015.