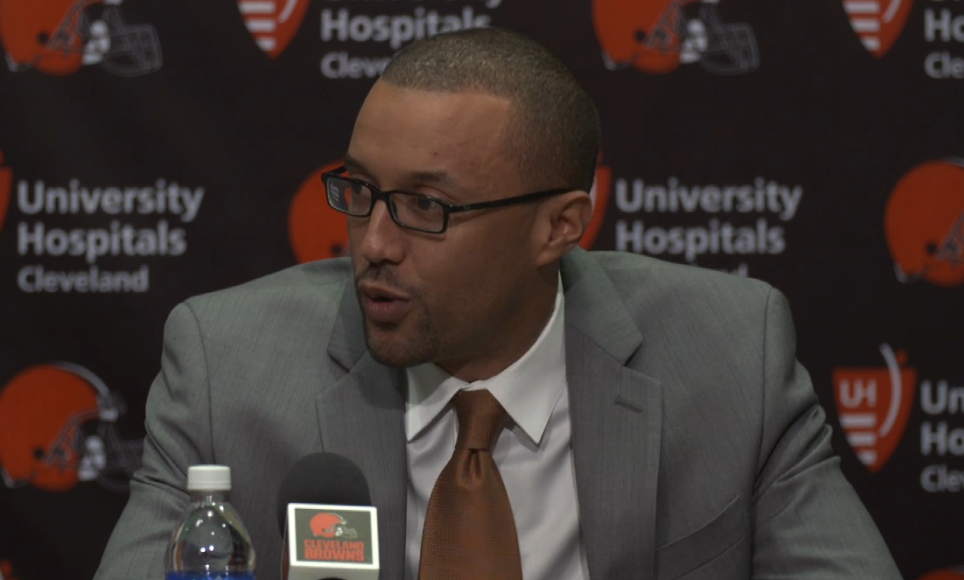 The Cleveland Browns just introduced Hue Jackson as their new head coach. Jackson’s hiring comes just over a week after the hiring of Hampton alum Sashi Brown as executive vice president of the organization.
When it was time to choose a head coach, Brown wanted someone who could not only win games, but help the franchise turn around as a whole.
“We immediately knew after some great meetings we had with players at the end of our season we needed to establish a culture, set a tone for our building,” Brown said when introducing Jackson. “We are certainly glad we found Hue.”

Judging from Jackson’s introductory press conference, it looks like Brown will be an integral part of the Jackson regime.

“We’re on point,” Jackson said of his relationship with Brown and other team executives. “We understand exactly what it’s going to take to put this roster together, to give us the best opportunity to be successful.”
Brown has seen football success up close. During his time at Hampton, the football team won titles in the CIAA (1994) and MEAC (1997) under Joe Taylor.
After graduating from Hampton in 1998, he went on to graduate from Harvard Law. He previously worked as legal counsel for the Jaguars for eight years before coming to Cleveland, originally in the VP/general counsel role. He now has “ultimate control” over the roster that Jackson will use to attempt to pull the Browns out of the mire they’ve been stuck in for most of their second reincarnation.
“As Hue said, this is going to be a collaborative, very integrative partnership,” Brown told the media.
In a world where there are too few black coaches in the NFL, and even fewer executives, Brown and Jackson’s success in Cleveland would be a big win for both men, and for the future.