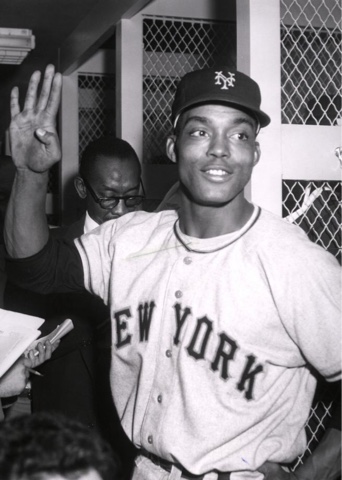 Major League Baseball and HBCU sports lost one of its all-time greats on Monday. Baseball Hall of Famer and Lincoln University alumnus Monte Irvin died on Monday, according to several reports.
A football player at Lincoln, Irvin left In the early-1940s to play left field in the Negro Leagues. He would go on to play for the New York Giants and Chicago Cubs before retiring. He was selected to the Hall of Fame in 1973 and is credited with helping mentor Willie Mays.
His brother, Cal, was one of the all-time great coaches at in HBCU basketball.
Irvin was 96-years-old.