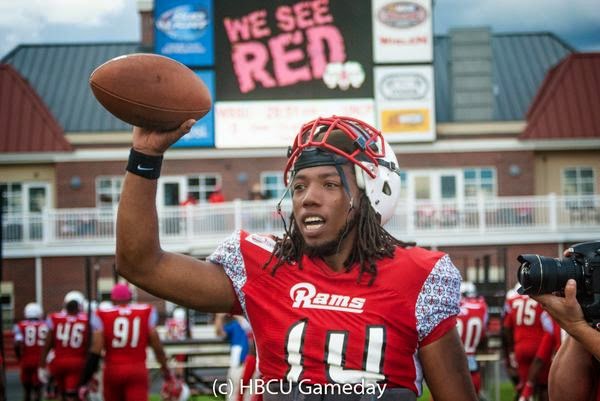 The Seattle Seahawks are focused on winning this season, but they just struck a deal with a former HBCU quarterback for next season. Phillip Sims, who finished his college career at Winston-Salem State, has signed a “futures” deal with the Seahawks.

A futures contract is a minimum salary deal with little-to-no signing bonus. Sims announced his signing via Instagram this afternoon.

I want to thank the Seattle Seahawks organization for this great opportunity. Today I signed a futures contract with the Seahawks. 2016 is starting off great. Just wish you were here to enjoy it with me dad. This one’s for you! 🙏🏾 #GodIsAtTheWheel #GoHawks
A photo posted by phil757sims (@phil757sims) on Jan 4, 2016 at 2:45pm PST

//platform.instagram.com/en_US/embeds.js
The rookie quarterback started his career at Alabama before transferring to UVa. and ultimately ending up at Winston-Salem State. He helped lead WSSU to the 2014 CIAA Championship Game and a 9-2 record.

Sims signed with the Cardinals as an undrafted free agent, and was one of the final players cut.

The Seahawks will play the Vikings in the Wildcard Round of the NFC playoffs this Sunday.