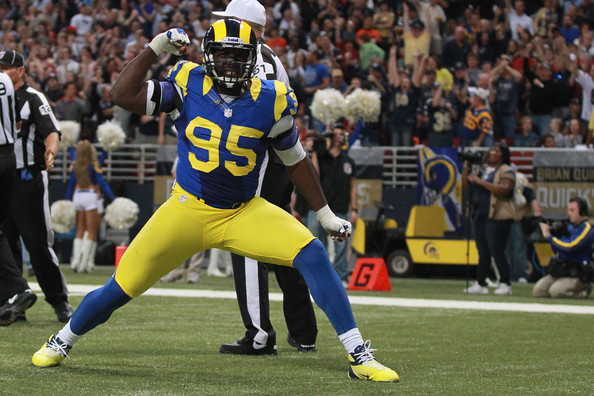 St. Louis Rams defensive end William Hayes may not be a household name, but he’s known around the NFL for a number of things. He’s known as a solid defender, who can stop the run and rush the passer. He’s also known as a humanitarian, who gives of his time as well as money.

Well now you can add conspiracy theorist to that list. The former Winston-Salem State star revealed in an ESPN interview that he doesn’t believe in dinosaurs, but he does believe in mermaids.

“No, I don’t believe dinosaurs existed,” Hayes said last month. “Not even a little bit. With these bones, it’s crazy because man has never seen a dinosaur, we can agree on that, right? But we know exactly how to put these bones together? I believe there is more of a chance you will find a mermaid than you will a dinosaur because we find different species in the water all the time.

“I don’t understand how [Long] just believes in dinosaurs. That’s just crazy to me. We know they died. We know what a T-Rex eats? That don’t sound crazy to you? We have never seen a dinosaur before but we know exactly where every single rib [was] and which rib goes where. That’s crazy to me.”

Hayes, 30, played four years at Winston-Salem State before being drafted by the Tennessee Titans in 2008. He’s been with the Rams for four seasons, and is having another solid year with 48 tackles, 5.5 sacks and 2 forced fumbles.