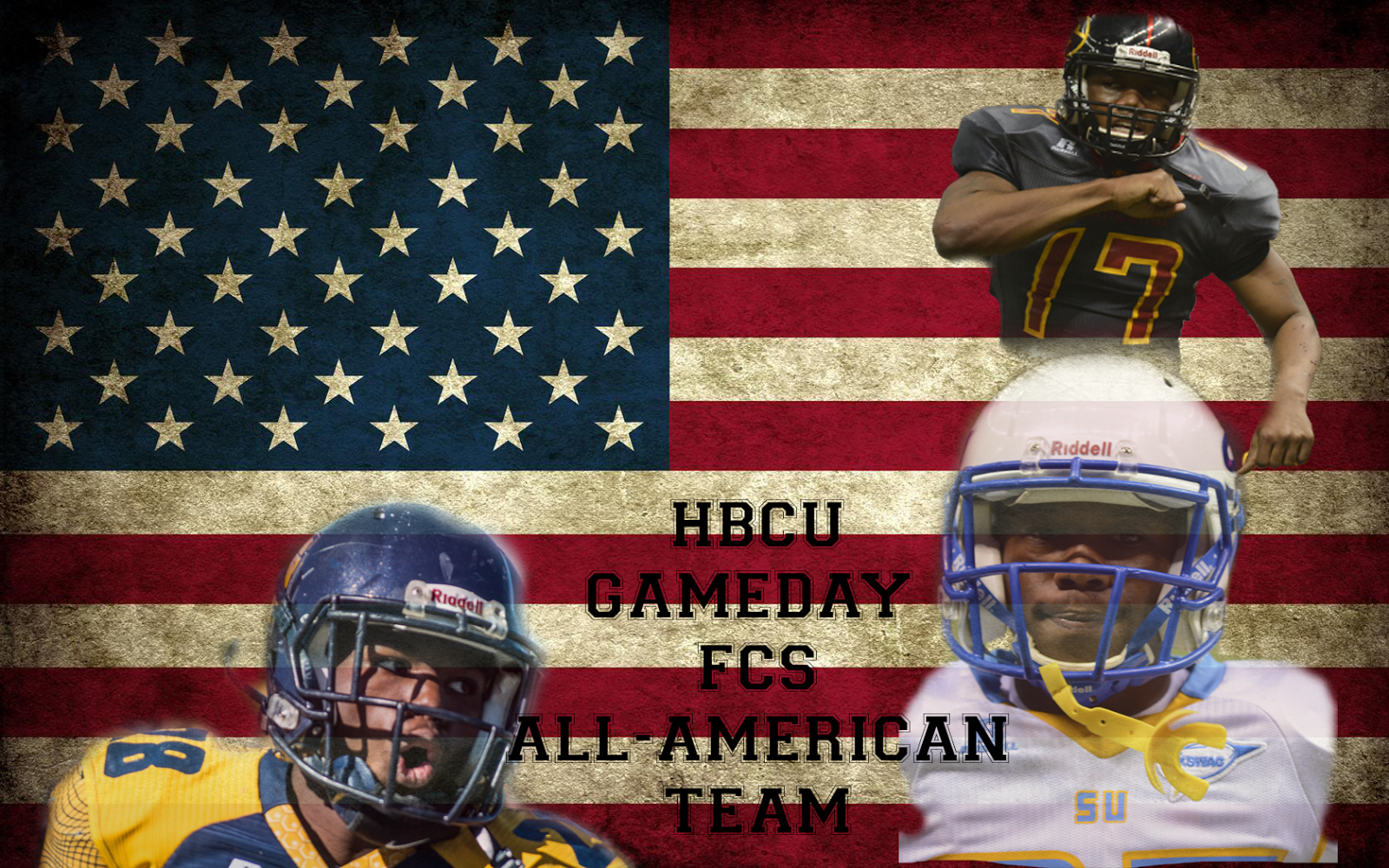 Another great year of black  college football has come to an end, so we’re highlight the best of the best at the FCS level. Check out our list of FCS All-Americans.

Grambling has a tradition of great quarterbacks that dates back decades, and Williams had a season right up there with the best of them. Williams completed 234 of his 425 passes for 3,185 yards and 37 touchdowns while leading Grambling to a 9-3 record and a SWAC East Title. 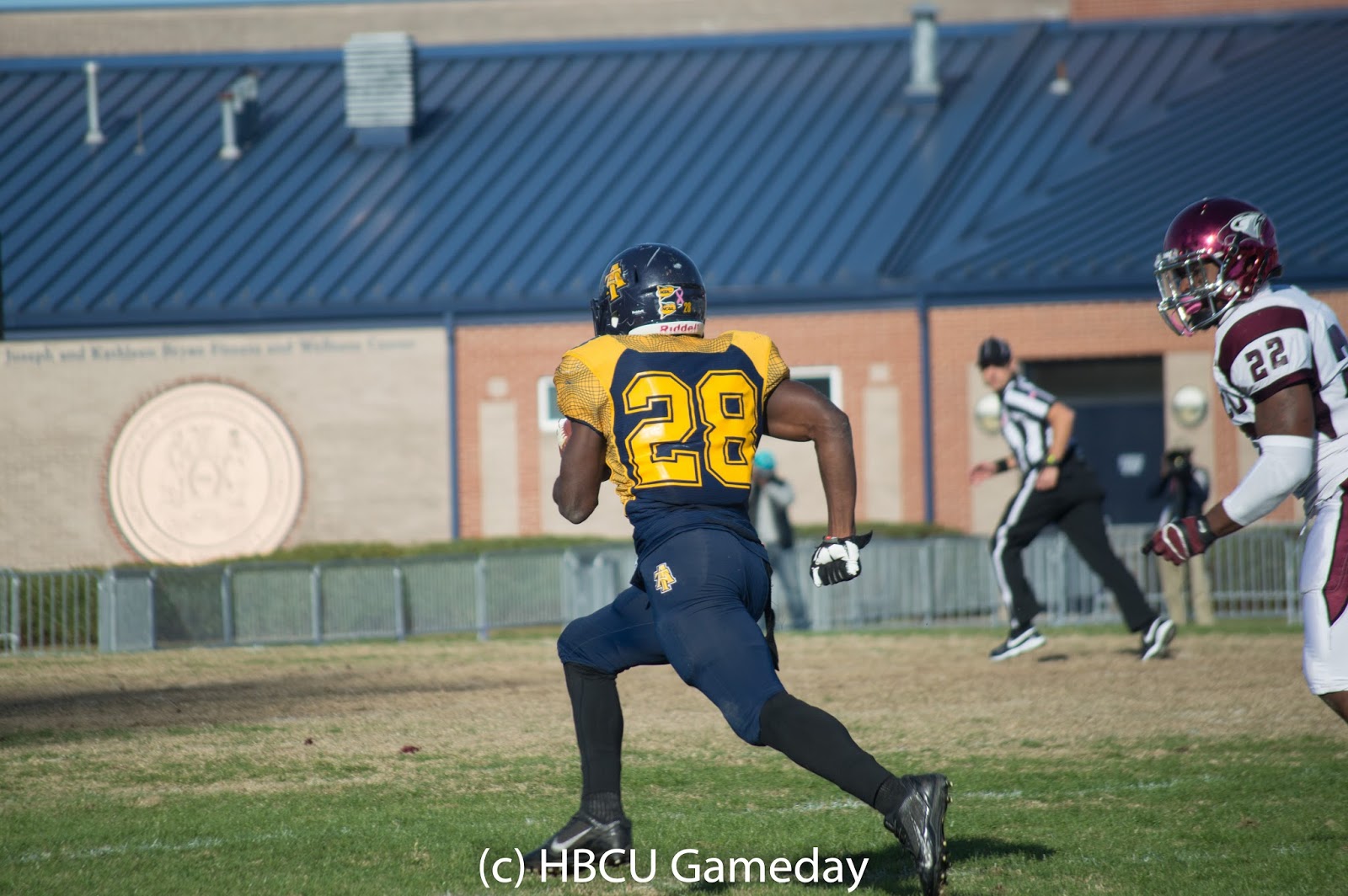 For the second year in a row, Cohen came into the season as a marked man, especially after his summer exploits put him in the national spotlight. But Cohen was all business on the field, running for 1,543 yards and 15 touchdowns, including 295 yards and three scores vs. Alcorn State in the Celebration Bowl to lift A&T to a 41-34 win.

Southern didn’t make it back to the SWAC Championship Game this year, but Tillery did everything he could to get there. The former walkon ran for 1,211 yards and 14 touchdowns as a junior, leading the SWAC in both categories.

The other half of the Williams-to-Williams combo, Chad Williams led the SWAC in catches (64) and yards (1,012) while finishing second in receiving touchdowns (10) and yards per catch (15.8). Only a sophomore, whoever inherits Grambling’s quarterback position will have a solid target for the next two seasons. 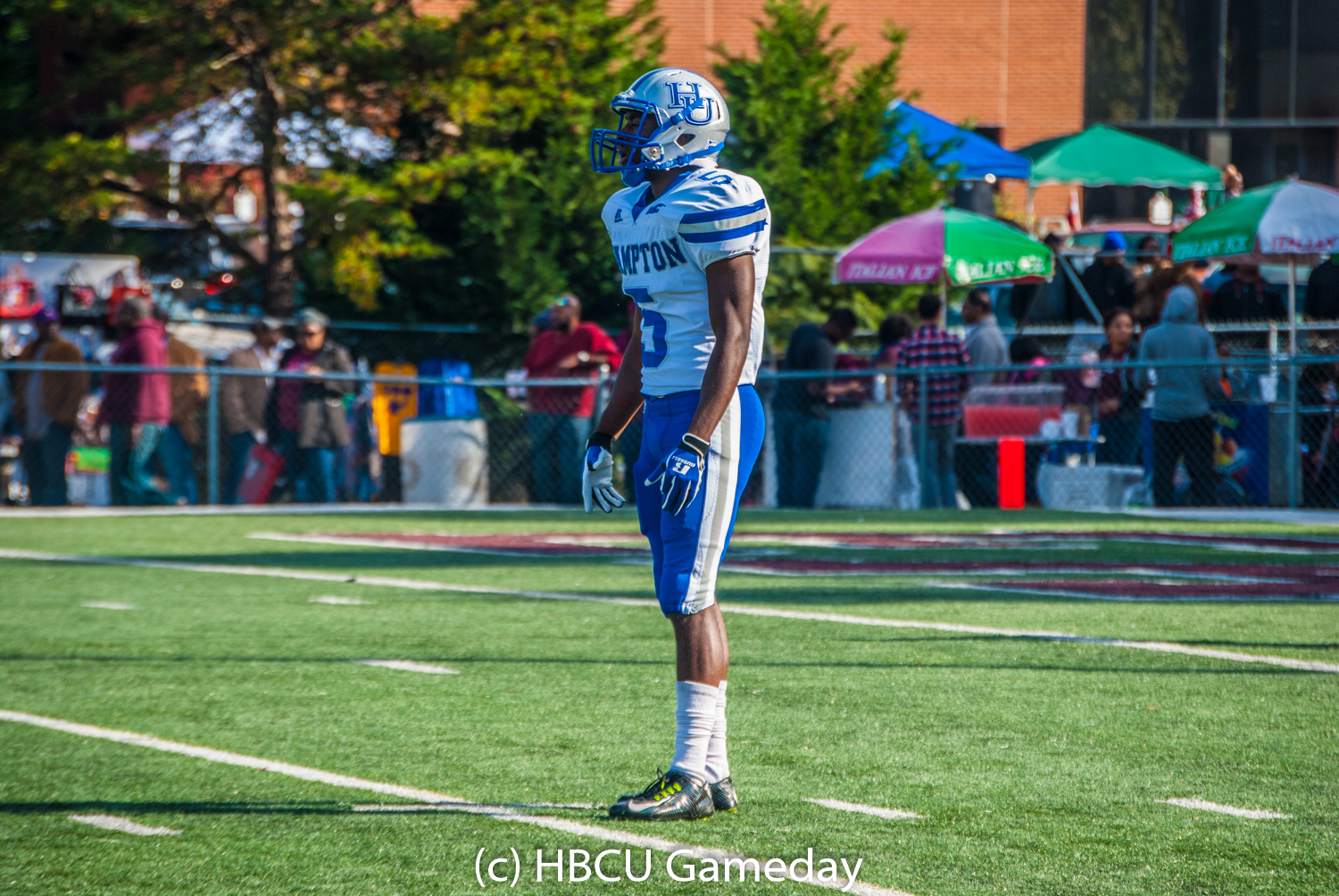 Mixon was one of our players to watch heading into the season, and he didn’t disappoint. The Charlotte native led the MEAC in receptions (59), yards (1,073) and 9 touchdowns.

Like Williams, Smith had a breakout season as a sophomore this year. Smith caught 54 passes for 996 yards and 10 touchdowns, earning All-OVC honors.

Hargrave was tabbed as the preseason MEAC Defensive Player of The Year and he lived up to it all season. Hargrave racked up 13.5 sacks and 22 tackles for loss as a defensive tackle, despite double-teams most of the season.

JSU wasn’t great this year, but Jones was. The versitale defender came up with 91 tackles and nine sacks during his junior season. Bad news is, he’s still got one more year to go.

Grooms finished off his career at Hampton with another solid season. He had 16 tackles for loss on the season, including 8.5 sacks. 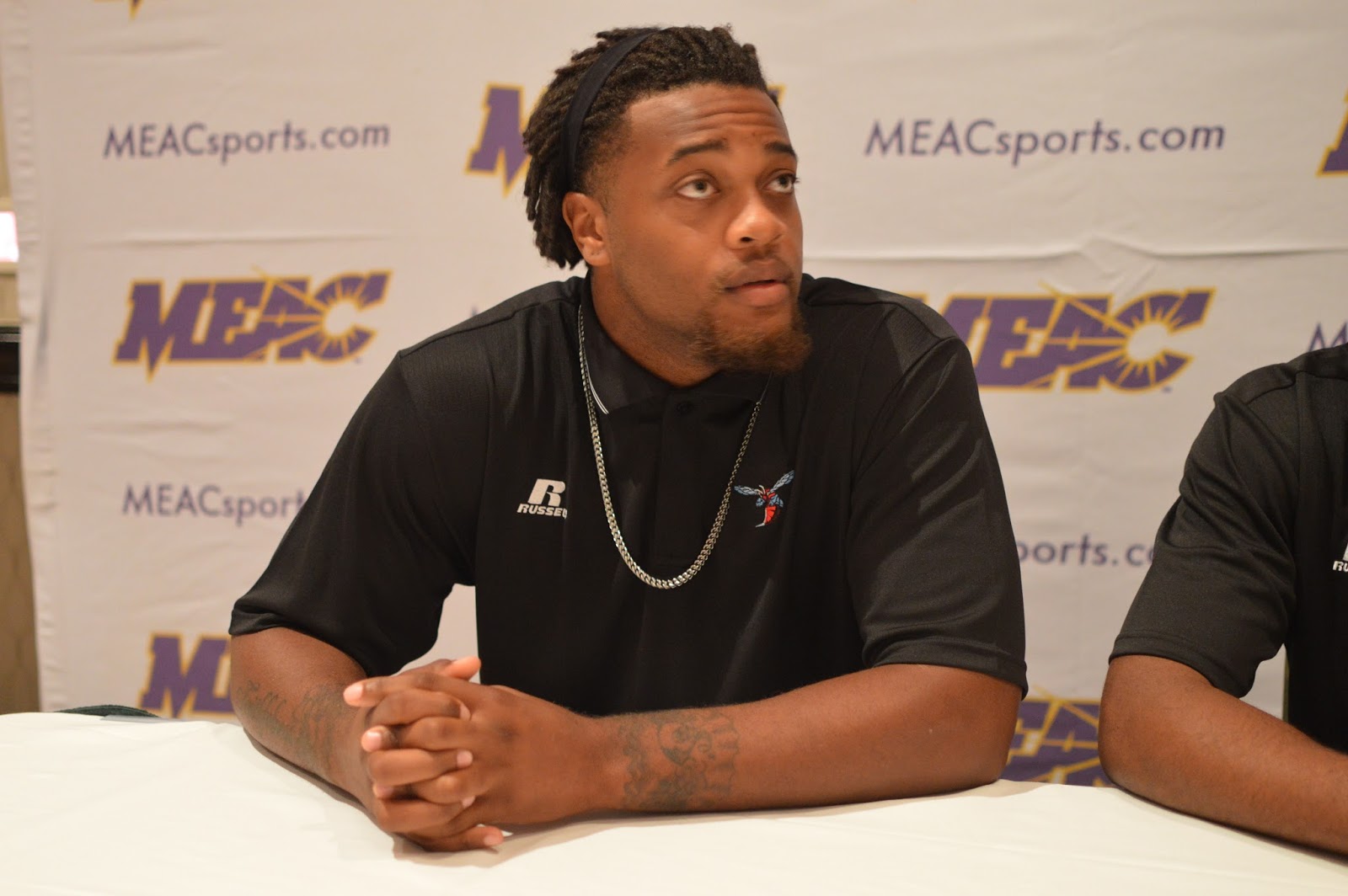 It was an ugly season for DSU, but a good one for Sherrod. He finished with 8 sacks, 25 tackles for loss, forcing and recovering two fumbles for good measure.

Another year, another 100-tackle season for Berry. The junior posted 130 tackles for Alabama State. 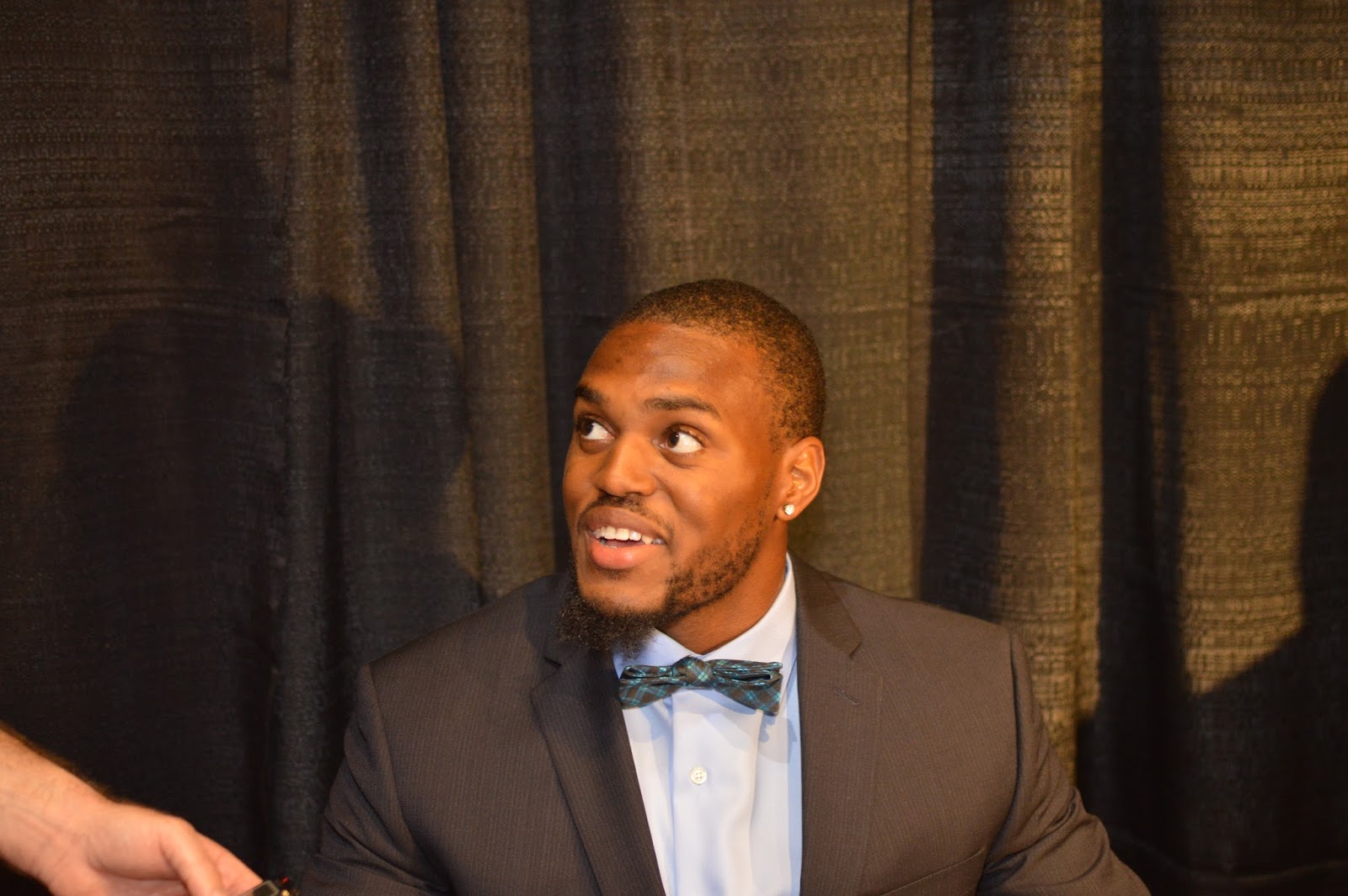 Simply put, King tackled everything that moved this season. King put up 168 tackles (77 solo) and 11 for loss.

Tiller was a pass rushing assassin for the Jags in 2015, racking up 10 sacks.

Green set the bar high for himself as a freshman, picking off 7 passes in his first collegiate season.

Hunt led the MEAC with five interceptions, and broke up another 7 passes. He also recovered two fumbles.

Stallworth was everywhere for Grambling. He finished 101 tackles, broke up 9 passes and picked off 3 more. 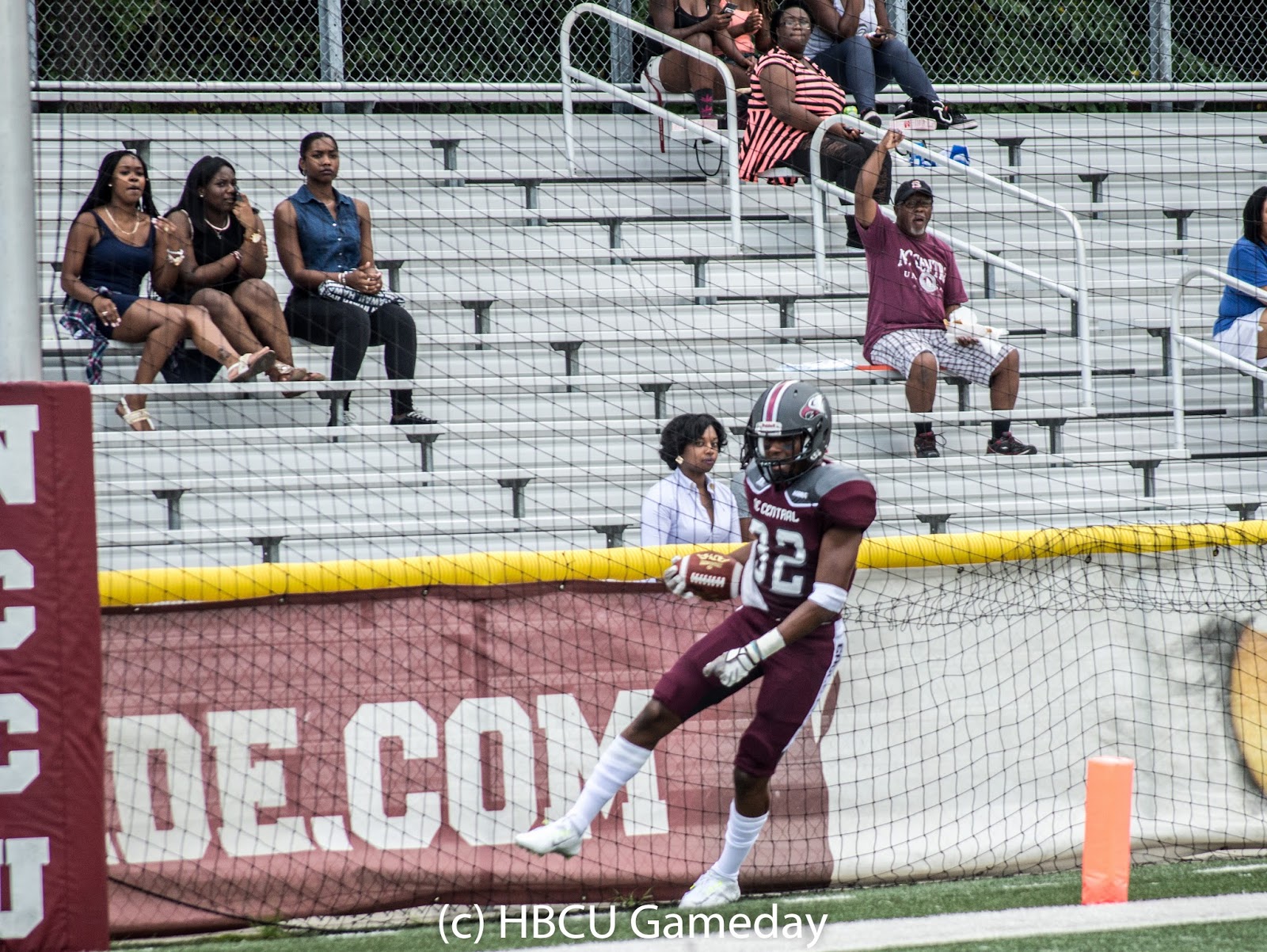 Like Stallworth at Grambling, Moore was just as much linebacker as he was defensive back. Moore had 11.5 of his 100 tackles go for a loss in addition to breaking up 8 passes and picking off 2 more.

The sophomore kicker was a dependable leg for Grambling, connecting on 13 of his 15 field goal attempts (87 percent).

Hebert was perhaps the best all-around back in FCS football this season, rushing for 923 yards and 7 touchdowns on the ground and catching another 47 passes for 575 yards and four scores.

Gardin wasn’t one of the reason’s North Carolina A&T was picked to win the MEAC, but he was a big reason why they won a share of the title and claimed the Celebration Bowl victory. Gardin was absolutely electric as a punt returner, averaging a stunning 22.6 yards per return and coming up with three touchdowns, including a 74-yarder against Alcorn State to break open the game for A&T.

There are some players that are just plain fun to watch, and Quinn falls into that category. The 5’6 receiver from Miami returned four kicks and one punt for a touchdown. He didn’t get as much usage in Southern’s passing game, catching 49 passes for 591 yards and 3 touchdowns. But as anyone who has seen him play can tell you, Quinn is a threat to score any time he touches the ball.