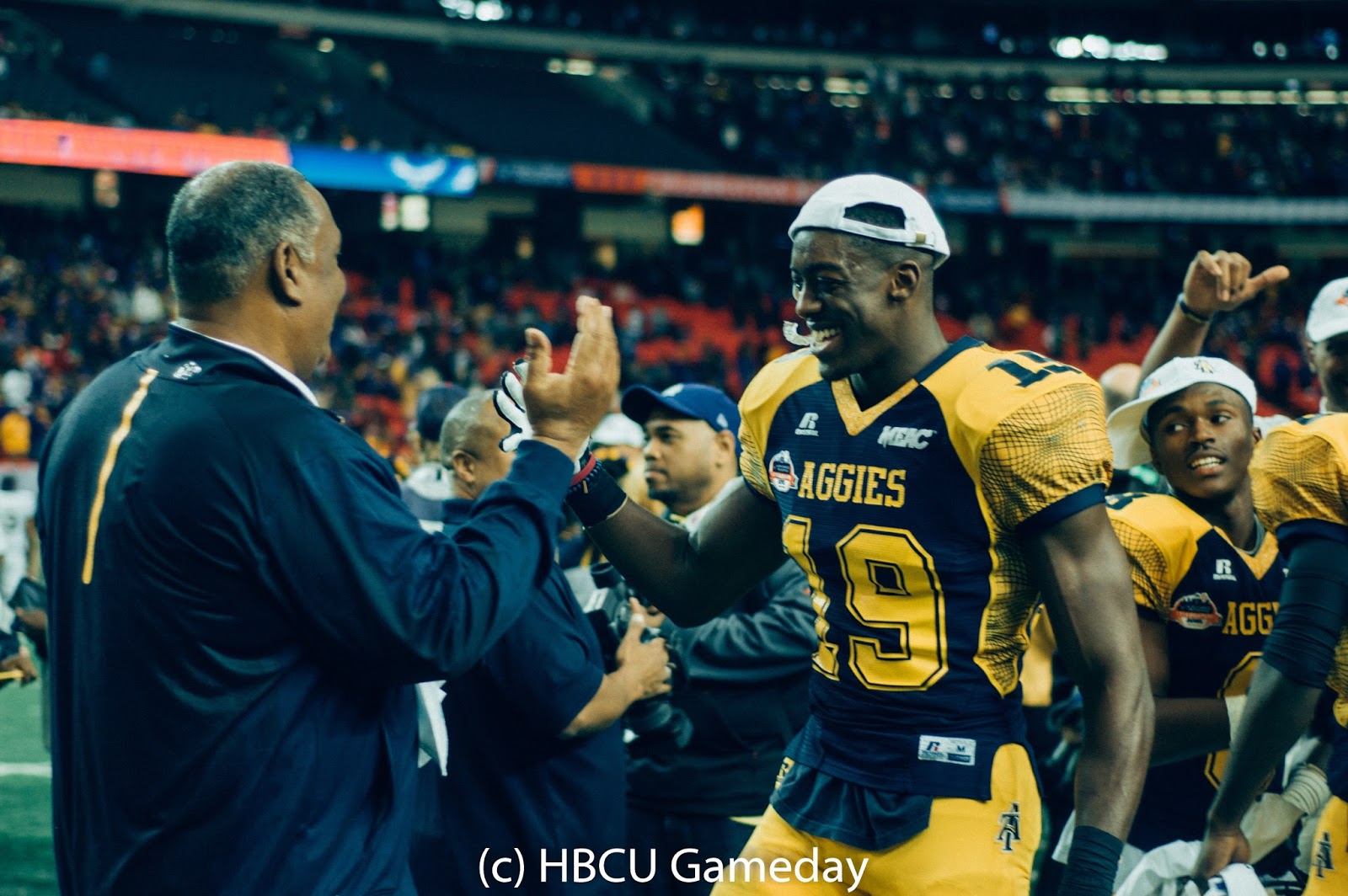 The first-ever Celebration Bowl is in the books. Here are three things that I liked about the game.

From start to finish, you couldn’t have asked for a better game to start off a new bowl series. The game opened up with big plays on special teams, and Tarik Cohen put on a show all game long. Alcorn State could have faded away, down by 15 in the first quarter, but it managed to get back into the game and had a chance to win before Tarik Cohen and the A&T defense finished the deal. 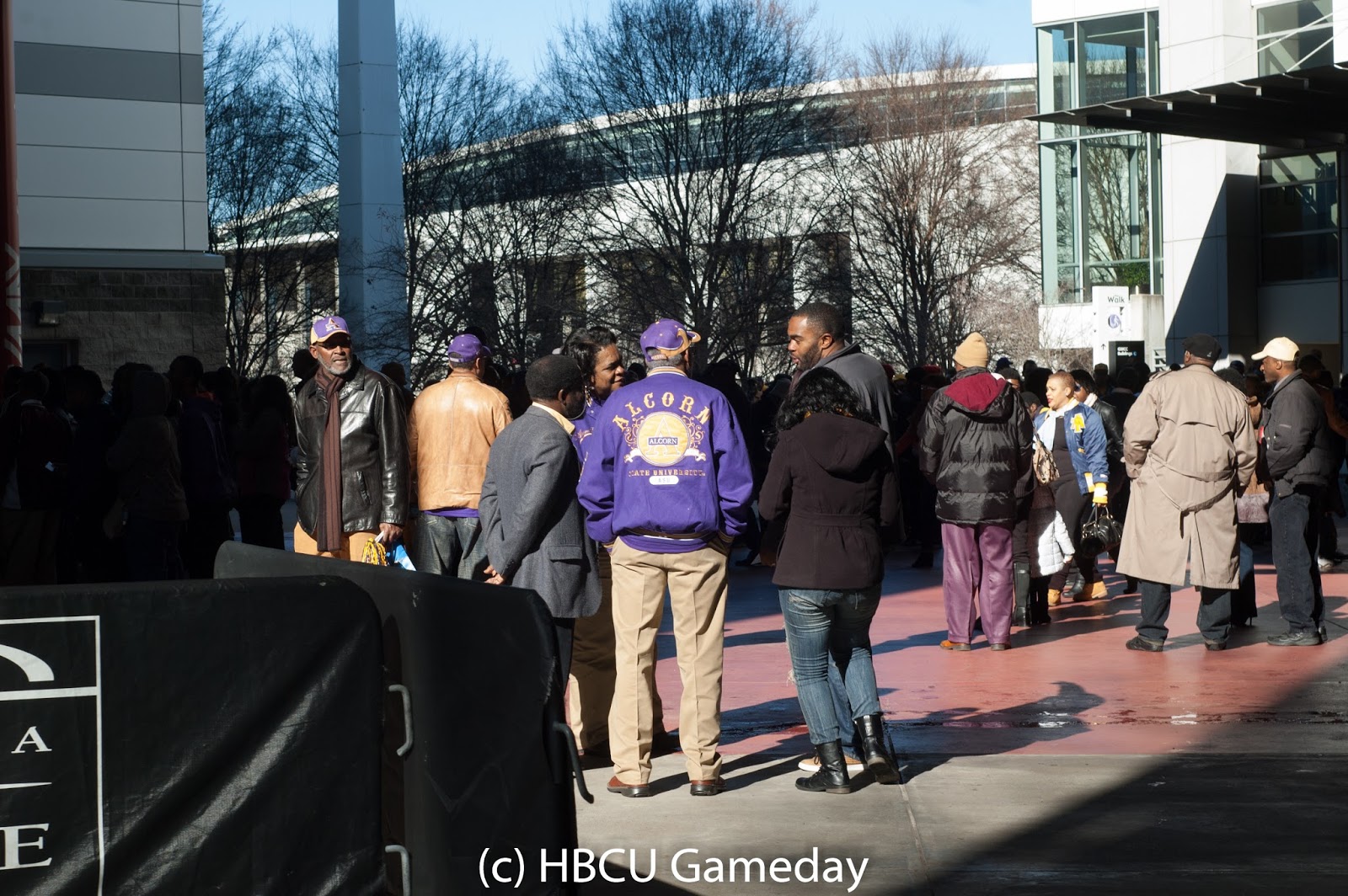 North Carolina A&T is roughly three times the size of Alcorn State based on student population at the moment. When you factor those types of figures into alumni and proximity (Atlanta is approximately 1.5 hours closer to Greensboro than it is to Lorman, MS) a person unfamiliar with HBCU sports would think that A&T would have a bigger presence than Alcorn. From all accounts, including the eyeball test, that wasn’t the case at all. There was purple and gold all over Atlanta, and most of it was not Omega Psi Phi paraphernalia.

There were also a sizeable amount of supporters from other schools in the SWAC, particularly Jackson State. I didn’t get the sense that there were nearly as many North Carolina Central fans driving from, say Charlotte or Durham, even though the trip from Jackson is even longer. When it comes to showing up to the game and making noise while there, the SWAC is well ahead of the MEAC. 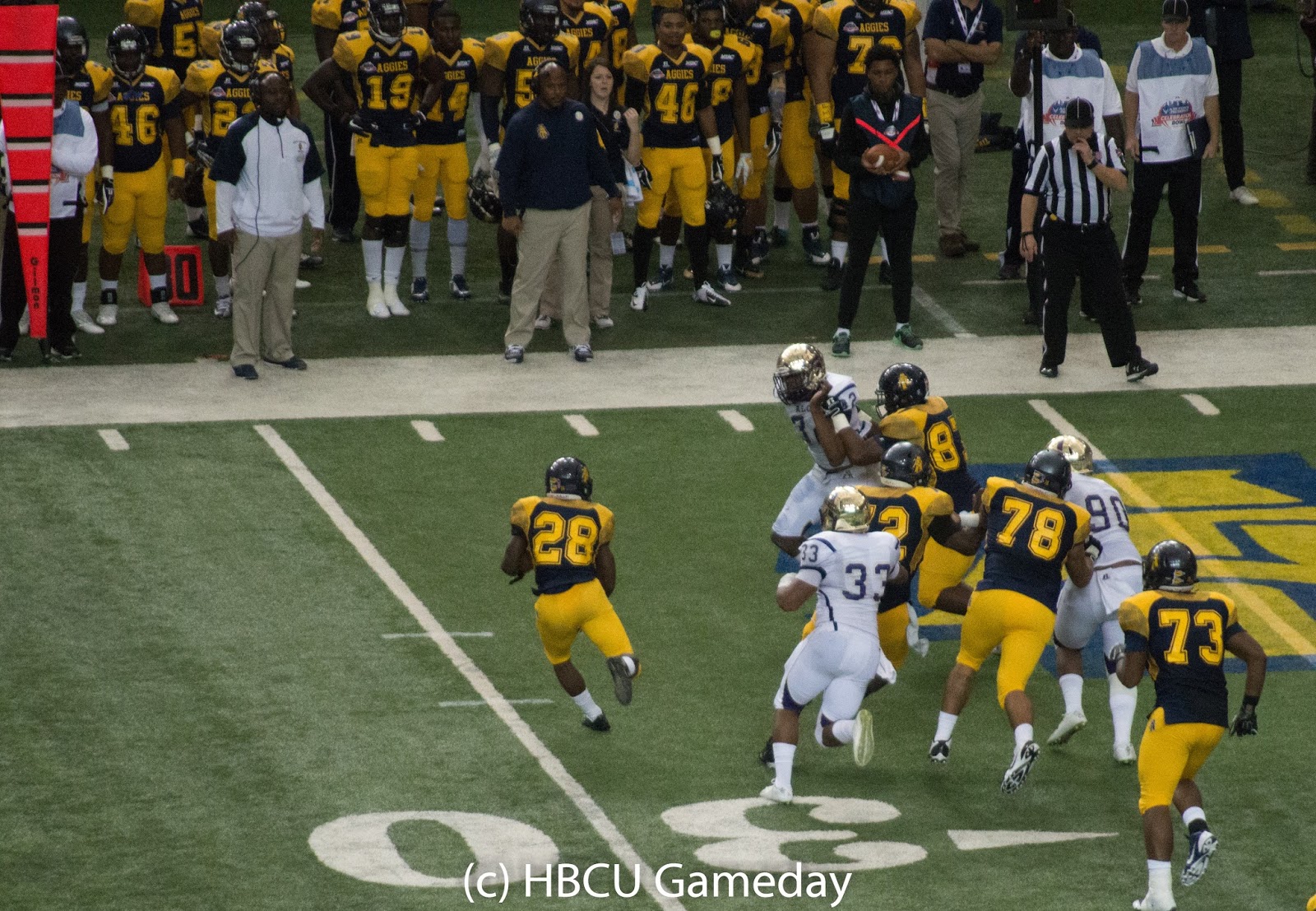 Whatever happens going forward, Cohen cemented his status as a black college football legend on Saturday. His numbers were ridiculous. 295 yards. Three touchdowns. Three scoring runs of 70 yards or more. And the crazy thing is, he’s still got one more year to terrorize the MEAC, and whoever else lands on A&T’s schedule. 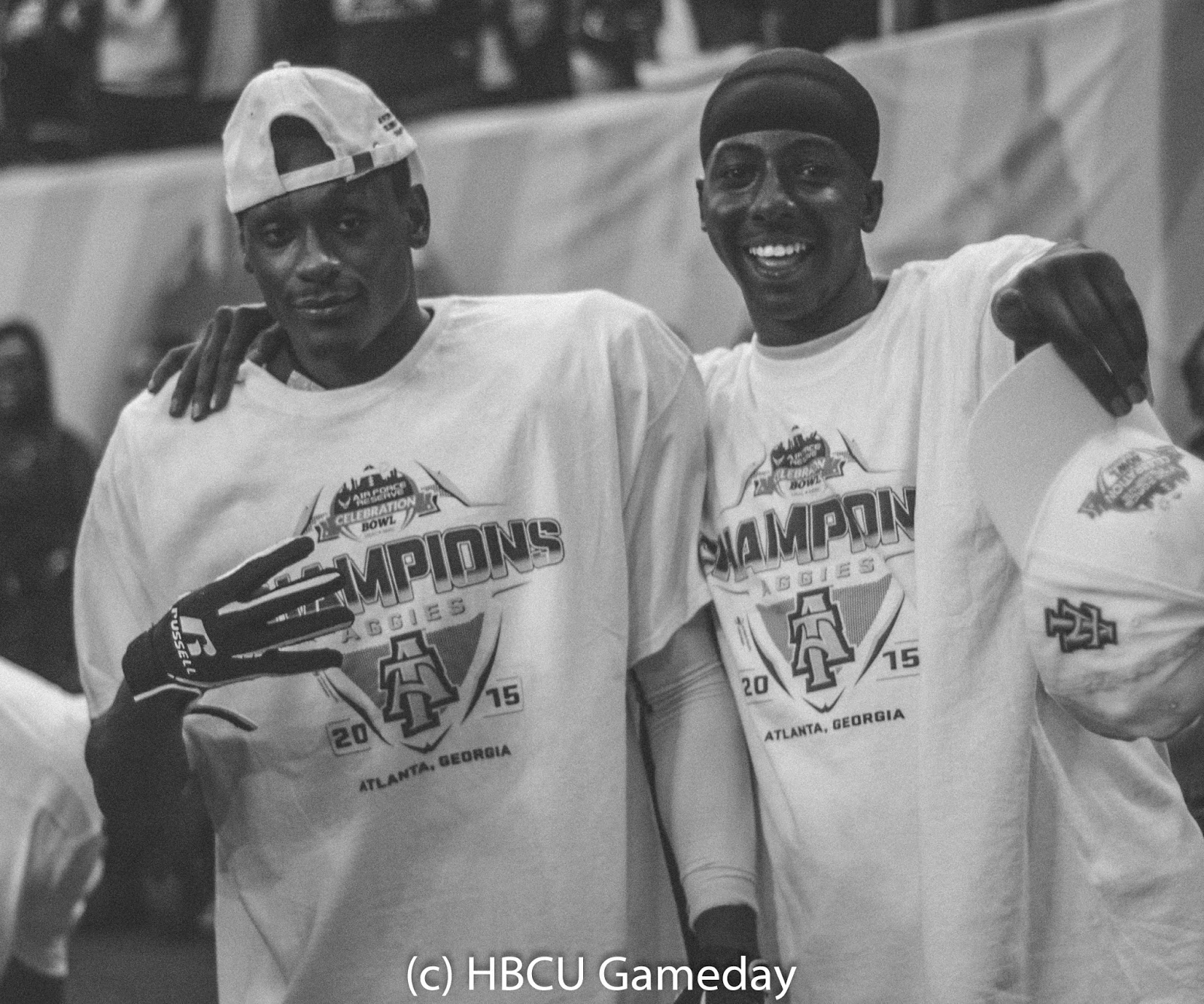 Now if you saw the broadcast, commercials or postgame banter, you saw this game being billed as an HBCU National Championship. Just because ESPN said it does not make it true. Remember, ESPN put this game together. It’s their network. So of course to get as much buzz as possible, they’ll call it a national championship game. The lines between journalism and product promotion were virtually non-existent.

That’s not to say A&T shouldn’t be the HBCU champs. But what if Tennessee State gets into the playoffs and makes a run, or a team in Division II makes a run at a national title? How could you claim they weren’t HBCU champs based on a bowl game they can’t qualify for? 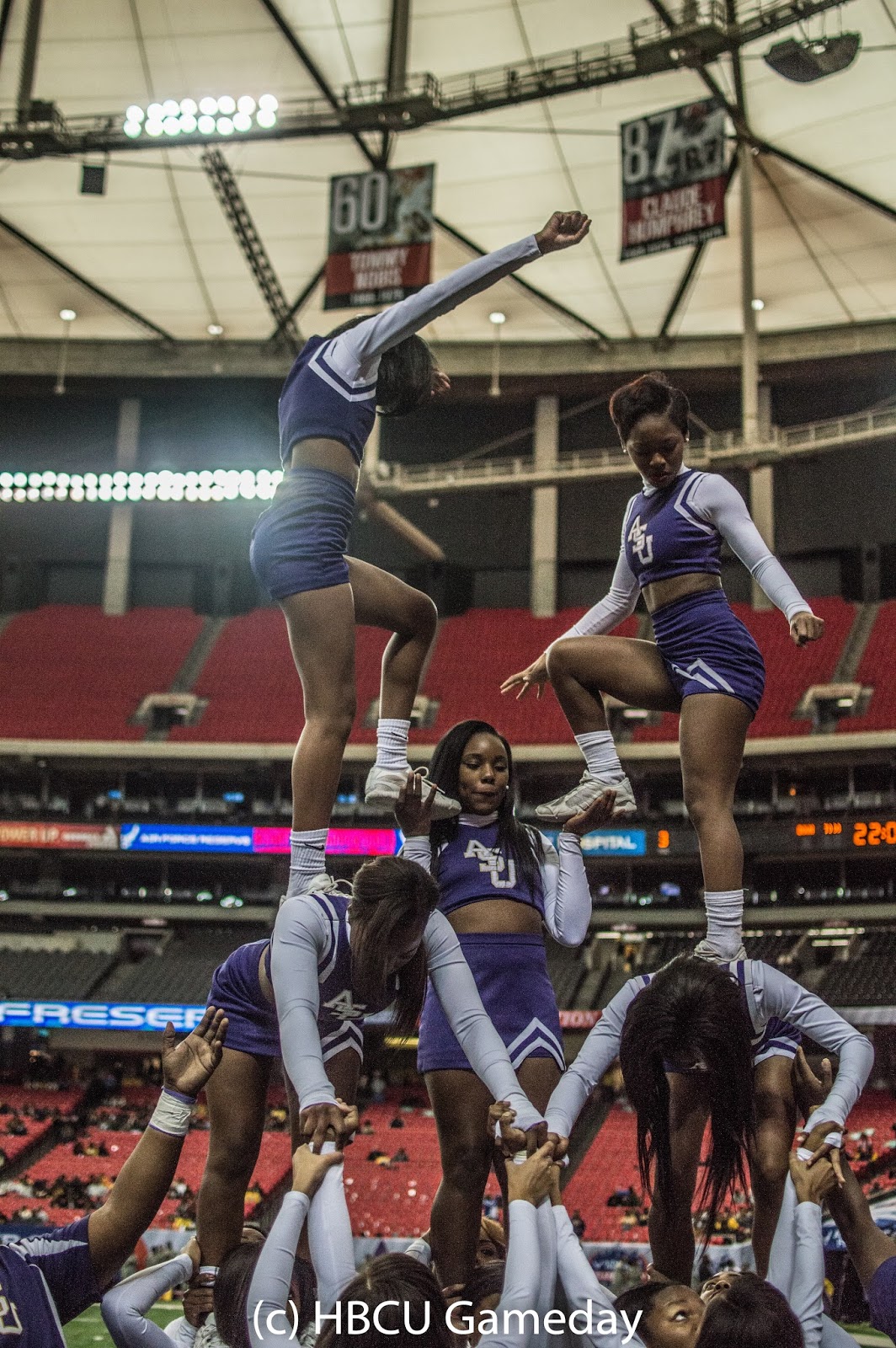 The Celebration Bowl was broadcast live on ABC, which is huge for any FCS teams, let alone HBCUs. It also kicked off the bowl season, which was pretty cool. But a 2 P.M. start would have given the crowd a little more time to fill in compared to the noon kickoff. Especially with a sizeable chunk of people traveling in from out of town who likely hung out overnight in Atlanta. 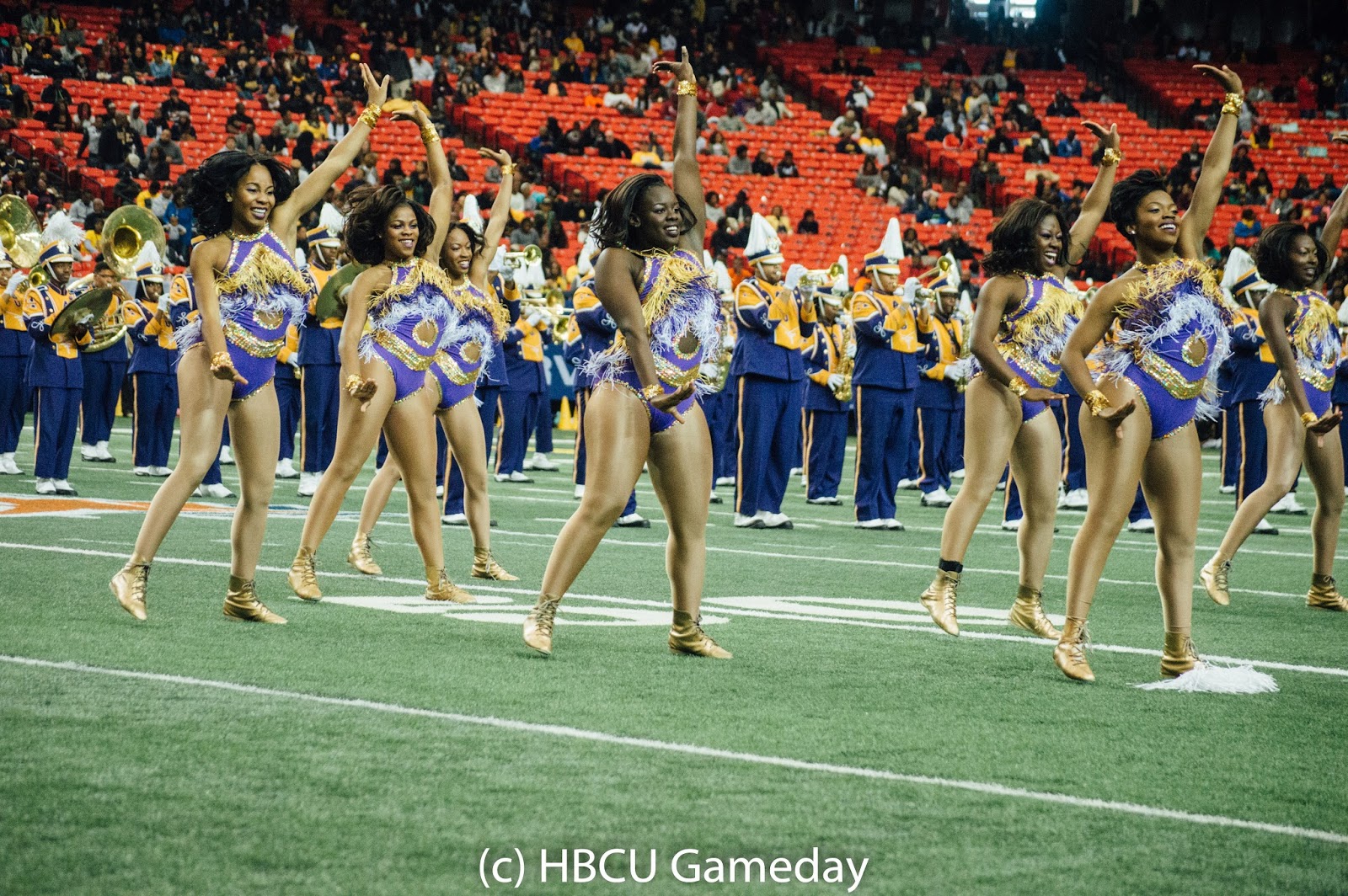 Look, no one understands the importance of the on-the-field product at HBCUs better than us. But for the casual fan, band performances are a big part of the appeal of black college football. ABC/ESPN has to accommodate the sponsors, but the fans on TV want to see the bands.