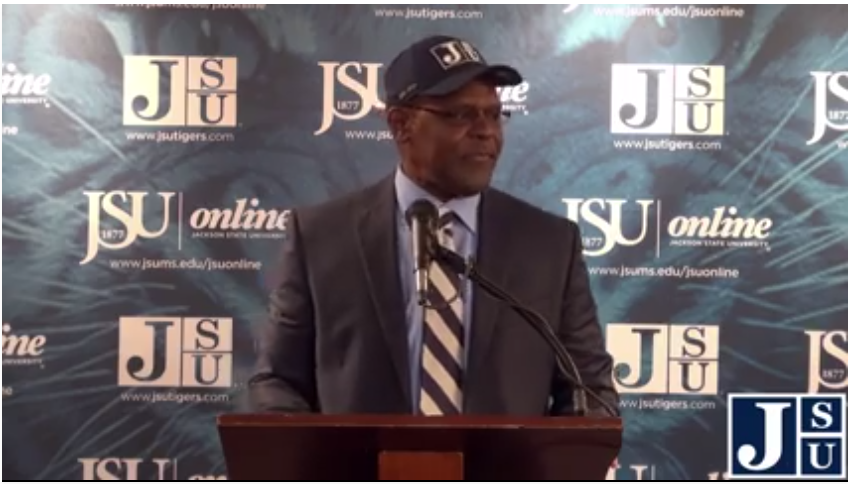 For the second time in two years, Jackson State introduced a new head coach to its students, fans and alumni.

Former Ole Miss assistant Tony Hughes is the new man in charge. A native Mississippian, Hughes knows he’s been handed the keys to a car with a lot of history in it.

“This is a program with a lot of pride and a lot of tradition,” Hughes said after being introduced.

Indeed it is. It’s that pride and tradition that doomed his predecessor, former Jackson State star and NFL veteran Harold Jackson. Jackson was fired last season, just a year-and-a half into his tenure at his alma mater. Jackson went 6-11 during his time at JSU, and was let go after the team got off to a 1-4 start.

A Southern Miss grad, Hughes coached defensive backs at Ole Miss, and was highly regarded as a recruiter. He was named as one of the top 10 recruiters in the nation by 247Sports.com in 2015.

“We’ve come to rekindle that pride and that tradition, and put Jackson State University football back where it belongs,” Hughes said. “And that’s at the top.”