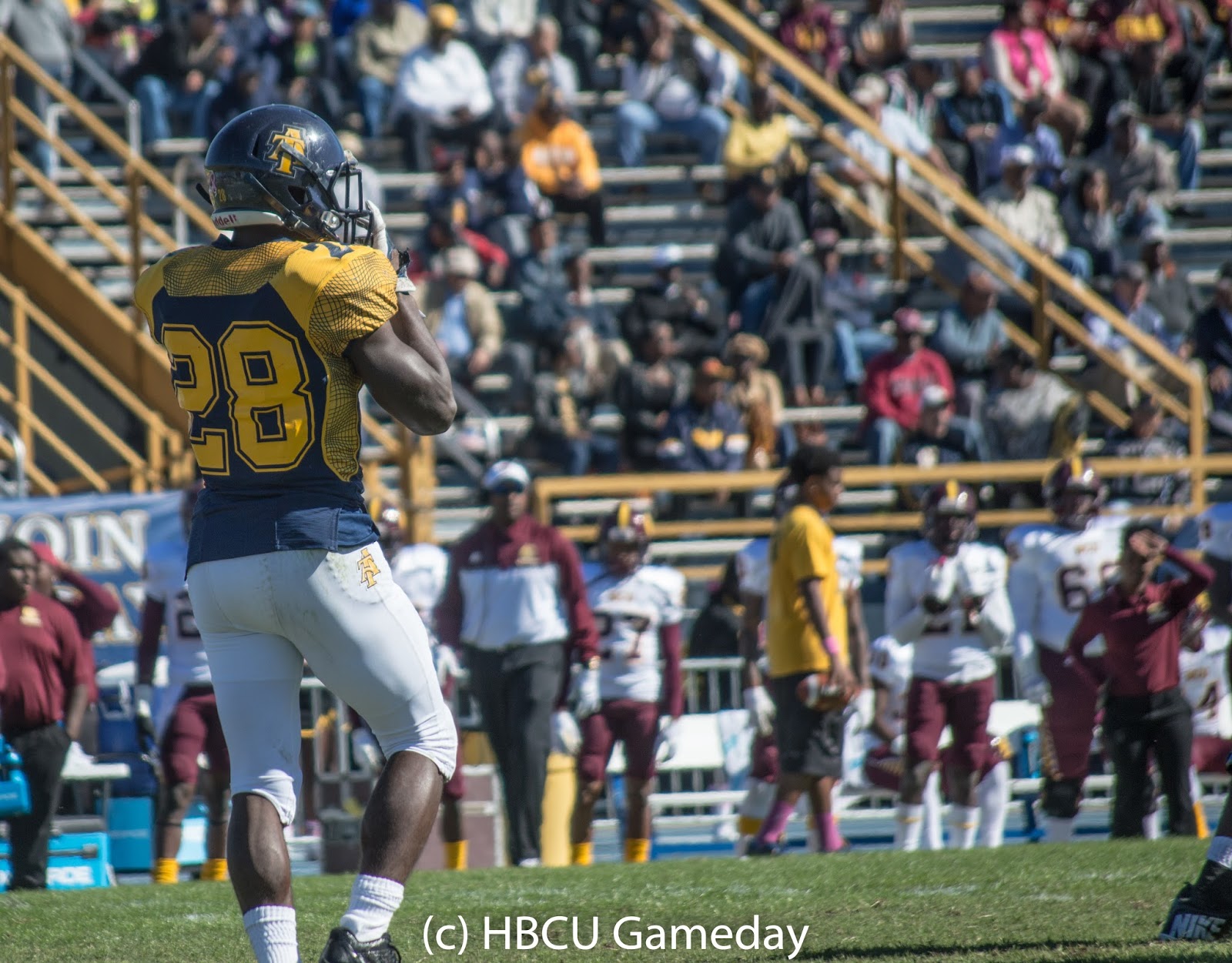 Preseason awards can often be tricky, and are usually a waste, but it looks like the MEAC got it right this year. North Carolina A&T running back Tarik Cohen and South Carolina State defensive lineman Javon Hargrave were named the MEAC’s Offensive and Defensive Players of the Year on Monday.

Cohen rushed for 1,248 yards as a junior, reaching the 1,000 yard mark for the third consecutive year while leading A&T to a share of the MEAC title and a spot in the inaugural Celebration Bowl.

Hargrave had a monster year en route to his second MEAC Defensive Player of the Year award, racking up 13 sacks and 20 tackles for loss.

Bethune-Cookman’s Terry Simms picked up the MEAC Coach of The Year award, guiding BCU to a 9-2 record and a share of the conference title his first season as the program’s head coach.

North Carolina Central’s Dorrel McClain was named the Rookie of The Year. The Cary, NC running back rushed for 958 yards, second to Cohen.

A&T’s Brandon Parker was named Offensive Lineman of the Year, helping pave the way for Cohen’s record-breaking season and going all year without allowing a sack or committing a penalty.

Check out the rest of the All-MEAC team.