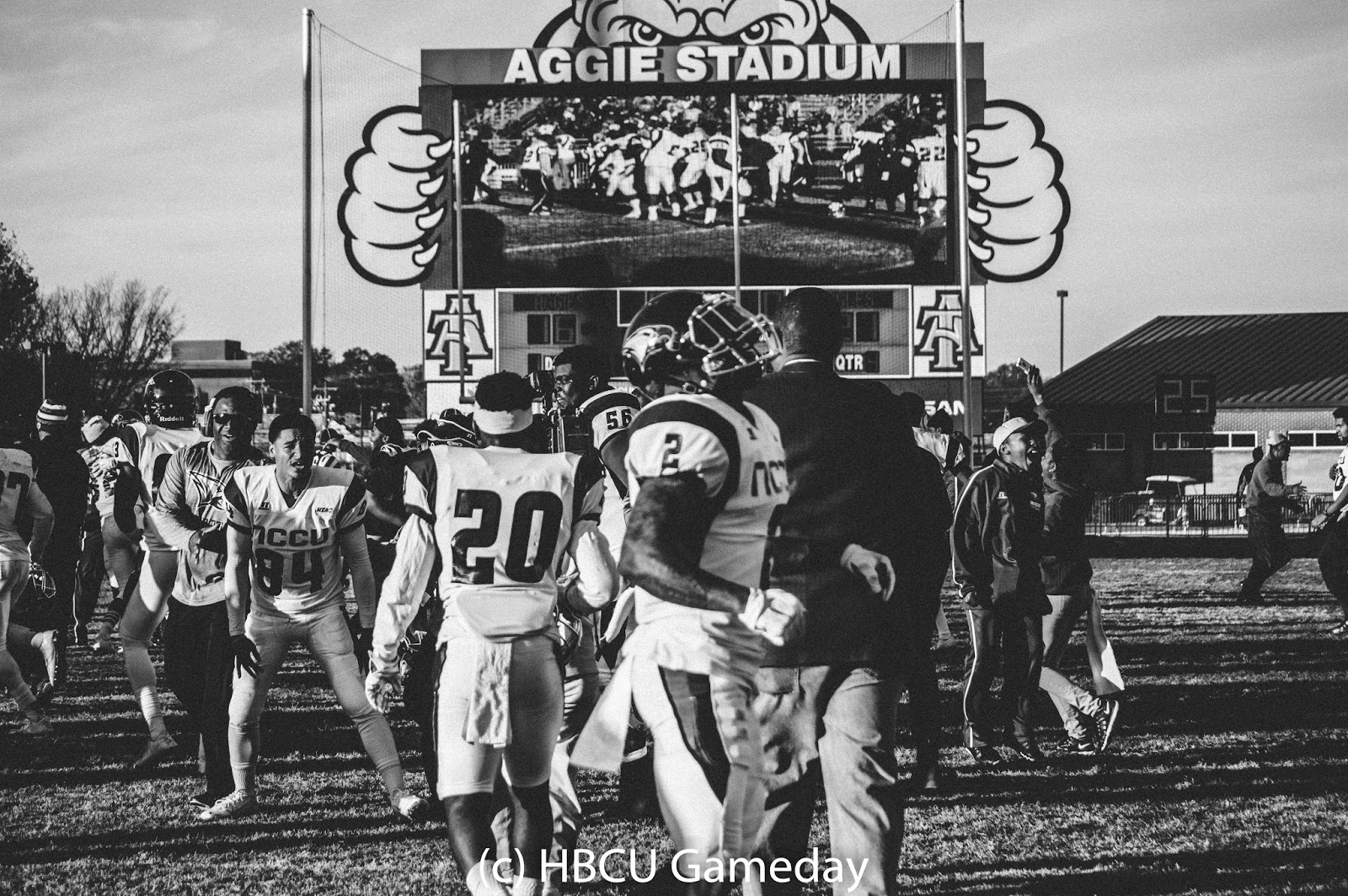 North Carolina Central has been working under the mantra of “leave no doubt” since it began preparing for the 2015 season. If there were any doubters when the team started 1-3 in September, they were no where to be found when NCCU beat rival NC A&T 21-16 on Saturday, securing MEAC co-champion status for the second time in as many seasons.

“If they thought it was a fluke last year, they’re going to have to understand–the road to the championship goes through Durham,” NCCU coach Jerry Mack told his team on the field after the game was over.

(Click here for more photos and to order prints.) 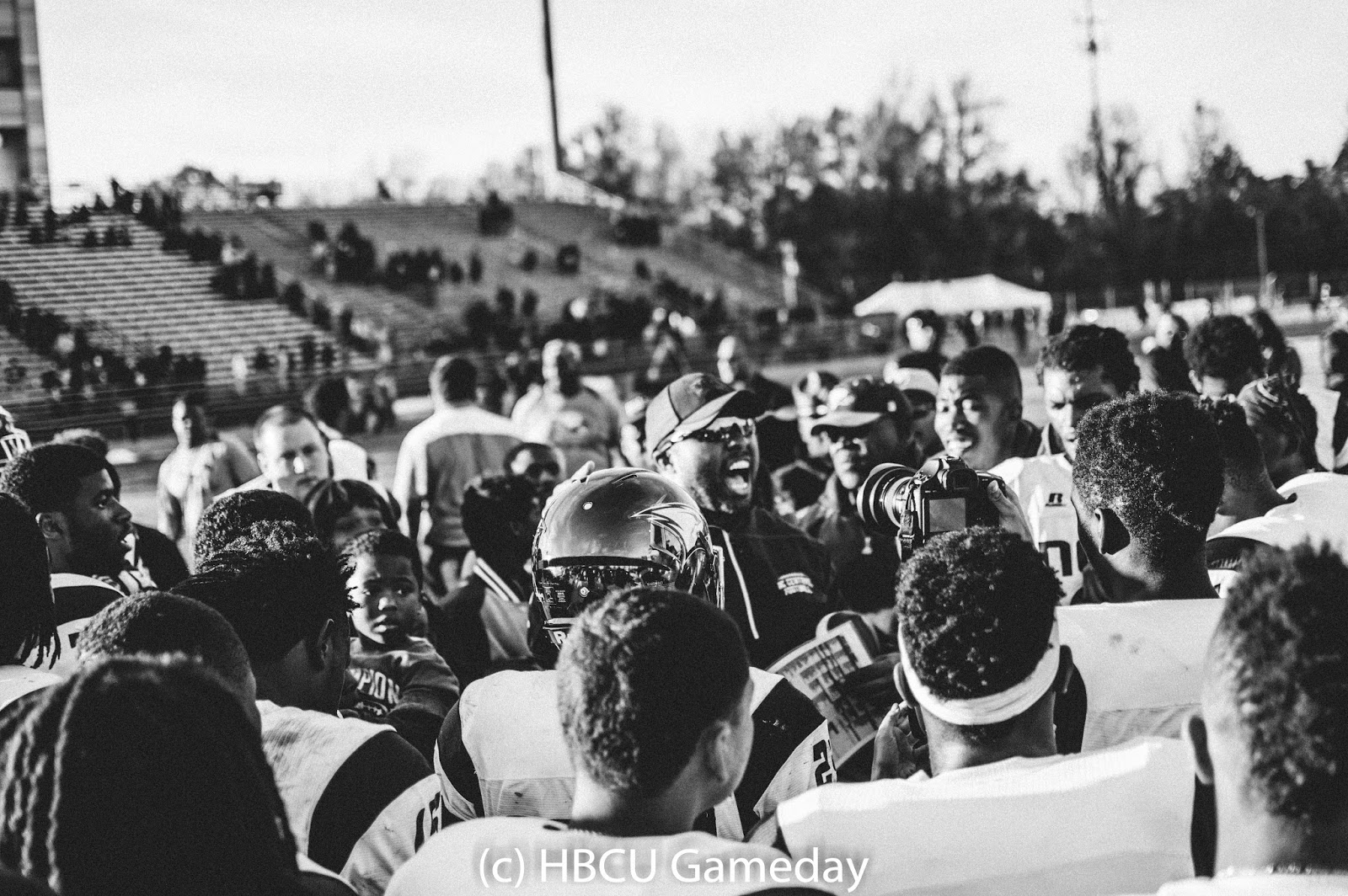 NCCU’s (8-3, 7-1) defense kept A&T (9-2, 7-1) out of the endzone the final 1:30 to secure its seventh-straight win and a three-way split of the MEAC Conference Championship with A&T and Bethune-Cookman. However, despite its loss, A&T earned the conference’s Celebration Bowl bid thanks to its standing in the Sagarin Ratings. 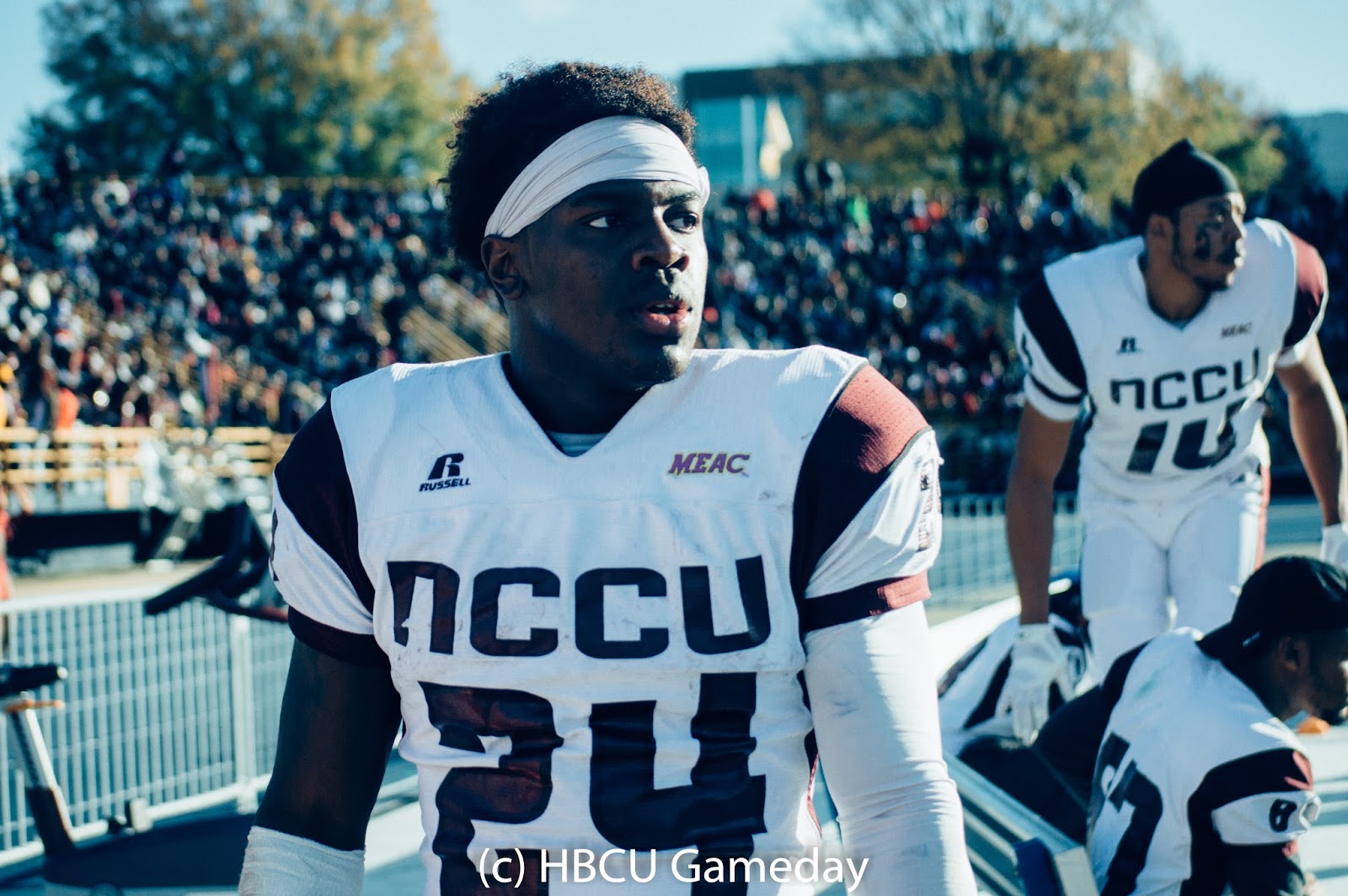 NCCU running back Dorell McClain was the star of the day, running for 167 yards and a game-sealing 16 yard touchdown run early in the fourth quarter to hand A&T its first MEAC loss of the season. McClain became the first runner to gain 100 yards against A&T this season. 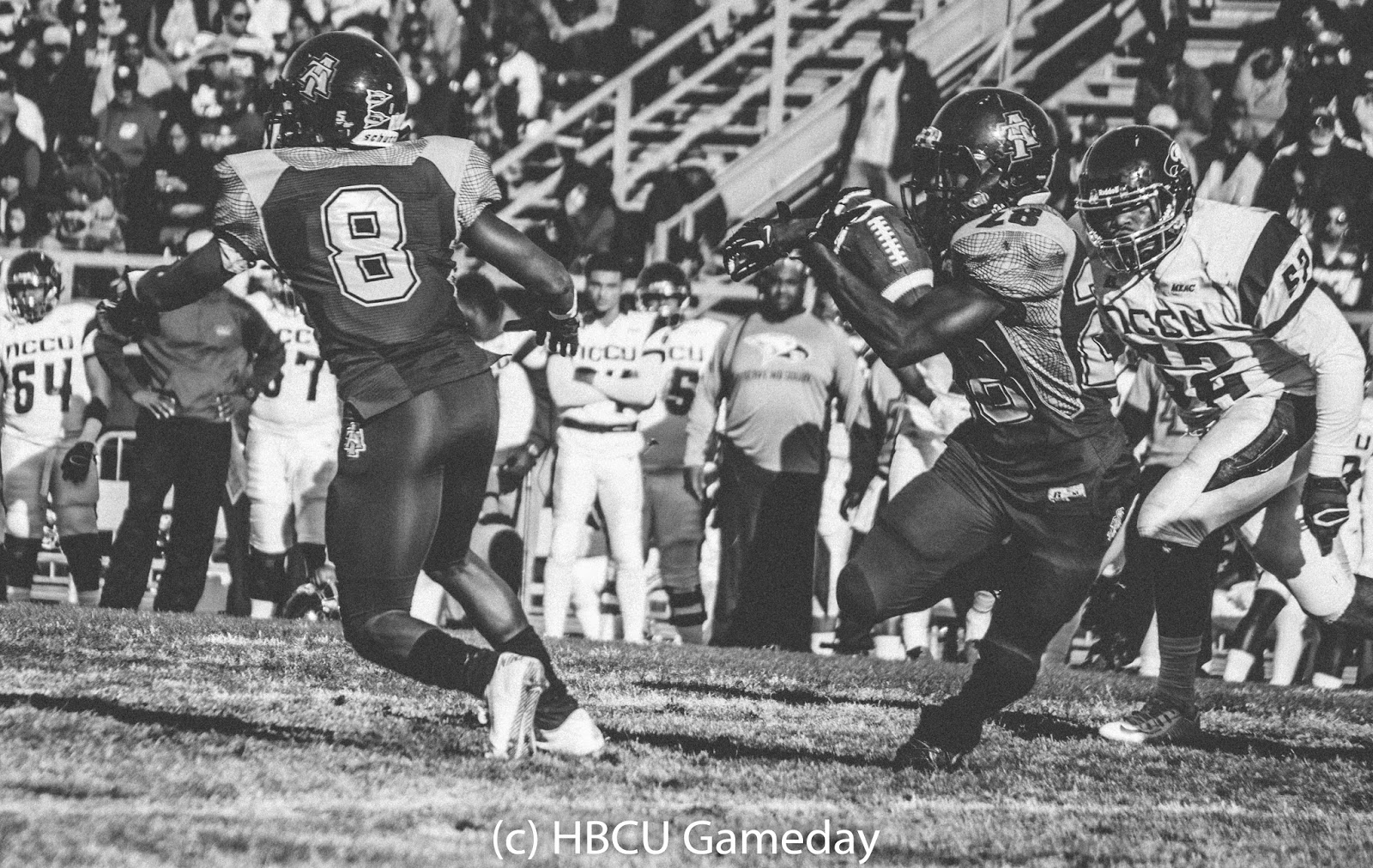 A&T running back Tarik Cohen ran 22 times for 112 yards, but the offense as a whole gained just 302 yards on the day.