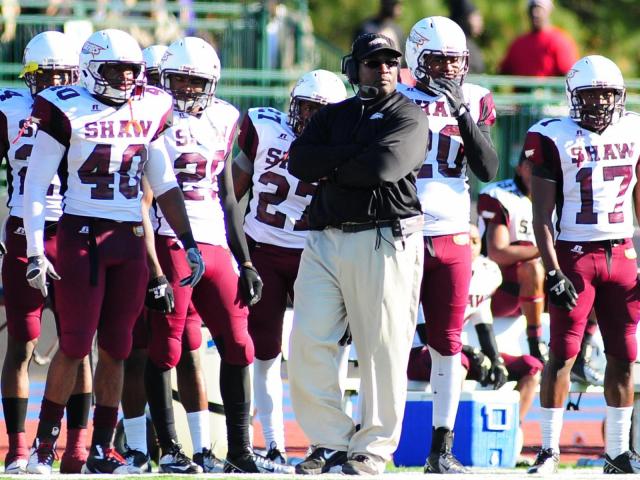 Shaw football coach and former NFL player Robert Massey is dealing with some thing much bigger than football. Massey’s son, Brandon, is currently in the hospital after injuring his neck in a high school football game, according to multiple sources.
Brandon Massey is a member of the Jordan (Durham) High football team. He suffered the injury Friday night against Cardinal Gibbons.
Via WNCN:

“On Sunday, his condition was improved and listed as stable, hospital officials told WNCN.

Even with everything going on with his own family, the coach told his players it was also important to be at the Shaw game Saturday to support his Shaw family.

Coach Robert Massey’s son, a sophomore at Jordan, suffered a serious neck injury during the game.

Massey played his college ball with North Carolina Central before embarking on a nine-year NFL career, which included a Pro Bowl appearance in 1992.

Our thoughts and prayers are with the Masseys.