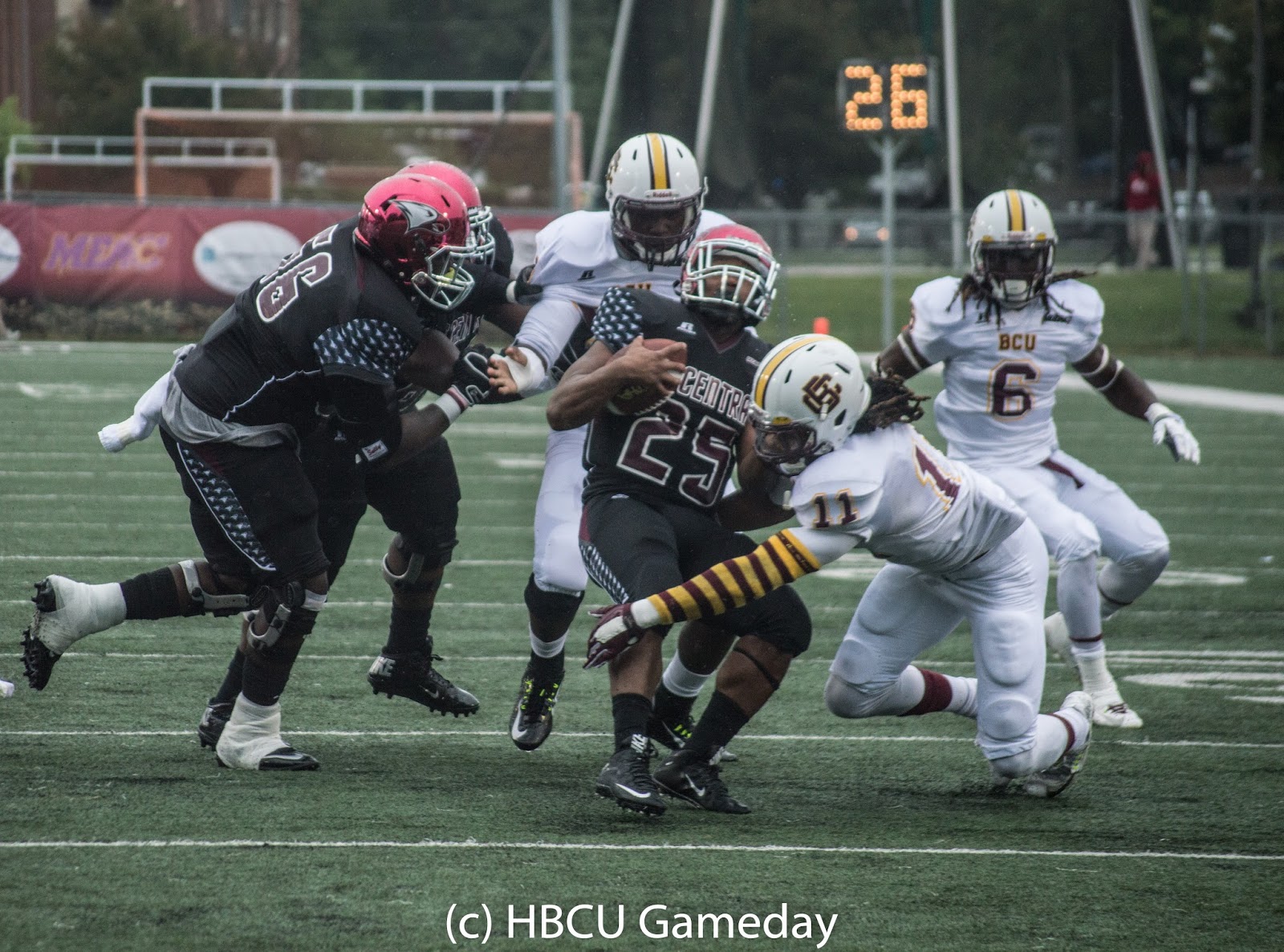 This was written on Tuesday but not posted until Saturday, but we wanted to give The Heartless One props for picking Thursday’s game correctly.

Game of the Week:

In this Thursday Night ESPNU special, we’re going to see who wants to remain atop the MEAC in a very fierce matchup. BCU snatched victory right out the talons of defeat last week in a stunning 4th quarter classic game with North Carolina Central.

South Carolina St looked like an offense without a cause out there in a 17-3 defeat at Furman. The defense was stout throughout the contest, never mind the score. If they are to actually have a chance in this game, like all the rest. They’ll have to get in the end zone.

Something tells me getting pushed to the brink by NCCU may have been the shock that Bethune-Cookman needed. This week, they put their paws on SCSU early and don’t let up.

Delaware St (0-4) at Hampton (2-3): This matchup just screams “misplaced aggression,” doesn’t it? After losing their last two conference games, you just have to know the players at Hampton are ready for some things to finally start going their way. Fear not, young Hamptonites. In comes a Delaware St team that, at times, looks like even FAMU could beat.

North Carolina A&T (3-1) at Norfolk St (2-3): If not for the game Thursday night,  this would have been my “Game of the Week”. These teams haven’t seen each other in two years thanks to the rotating schedule the MEAC has in place. Right here we’re looking at two teams of the offensive spectrums.

This North Carolina A&T squad is second in the MEAC is points scored while this Norfolk St is three spots above the bottom in that category. Hampton proved points can be scored in bunches against A&T but does Norfolk St have the firepower to get in the box. Remains to be seen as of yet.

Especially struggling to put points up against Howard.

Savannah St (1-3) at Morgan St (2-2): The defense of Morgan State is coming to the rescue week after week. The defense was able to hold Delaware St down to a 6-6 tie throughout the game until the offense was able to wake up and pull away for a 26-6 win. Not exactly a “pretty” W, but it gets the job done.

Now I know I said in previous weeks, there was something different about this Savannah State team. Even though I picked against them, I seem to have been right. Savannah St. beat FAMU for the first time in the program’s history last Saturday. Now let’s not get ahead of ourselves thought. Baby steps, Tigers, babysteps. I don’t think they’ll take this Morgan St team, BUT there will be more wins for this SSU team. Brighter days ahead? Just might be.

North Carolina Central (1-3) at Florida A&M (0-5): Not sure how the refs concluded that what could’ve been the game winning TD run against Bethune-Cookman should not be reviewed. But it’s the past and it’s time for the next game. Oh look, its FAMU. Have at it Eagles.

@Kid_Heartless & let’s hash it out!