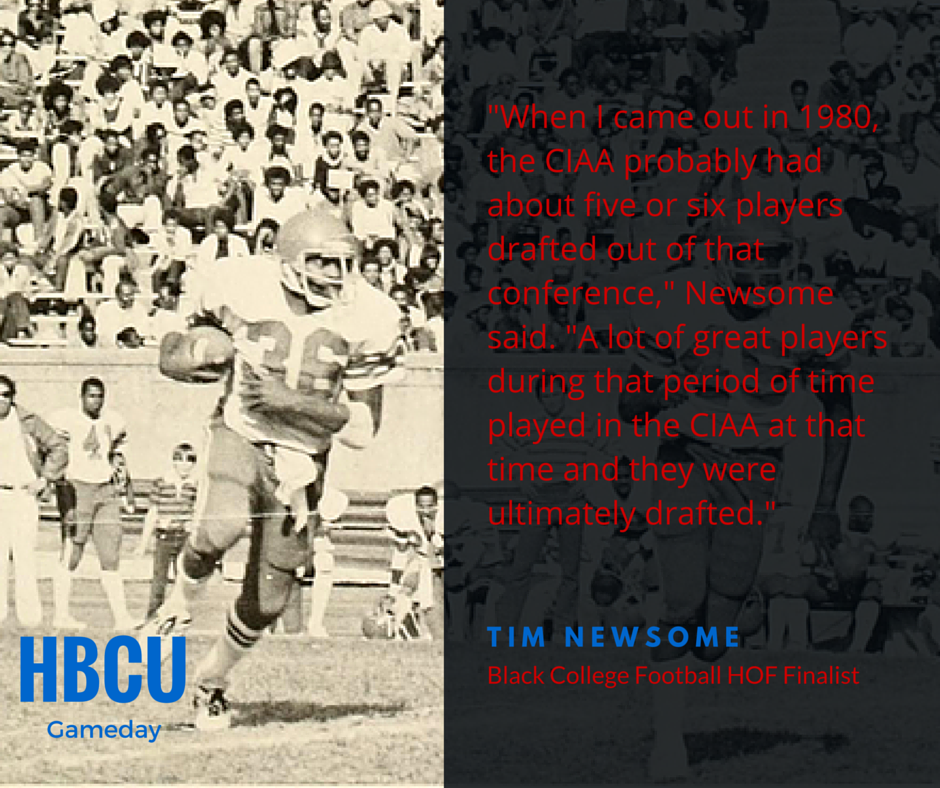 The evolution of recruiting following integration:

“By the time I left high school that had been going for about nine years,” Newsome said. “But I think a lot of the times, what happened was they weren’t recruiting heavily, the black athlete. So schools like Winston-Salem State University, Norfolk State University, South Carolina State, North Carolina A&T, were still getting those blue chip type football players to play for them.”

Talent in the CIAA during his time at Winston-Salem State:

“When I came out in 1980, the CIAA probably had about five or six players drafted out of that conference,” Newsome said. “A lot of great players during that period of time played in the CIAA at that time and they were ultimately drafted.”

“They were very organized in their presentation of what needed to be done both offensively and defensively. The thing that they both brought to the table was a certain amount of confidence in the system they were running. So if you bought into the system you’d be successful.”

On playing with HBCU talent in the NFL:

It gave us confidence and hope that if you are talented enough, you’re going to make the roster.

On prepping for life after the NFL:

On the current talent level in HBCU Football:

“When I played, a lot of great talent that was coming out of high school may have had academic issues in some instances, so as a result, they could go to a Winston-Salem State, or a North Carolina A&T or a Norfolk State and play at a pretty high level. The academic standards over time have improved to such an extent that those players wouldn’t play anywhere….

Check out the full interview here: