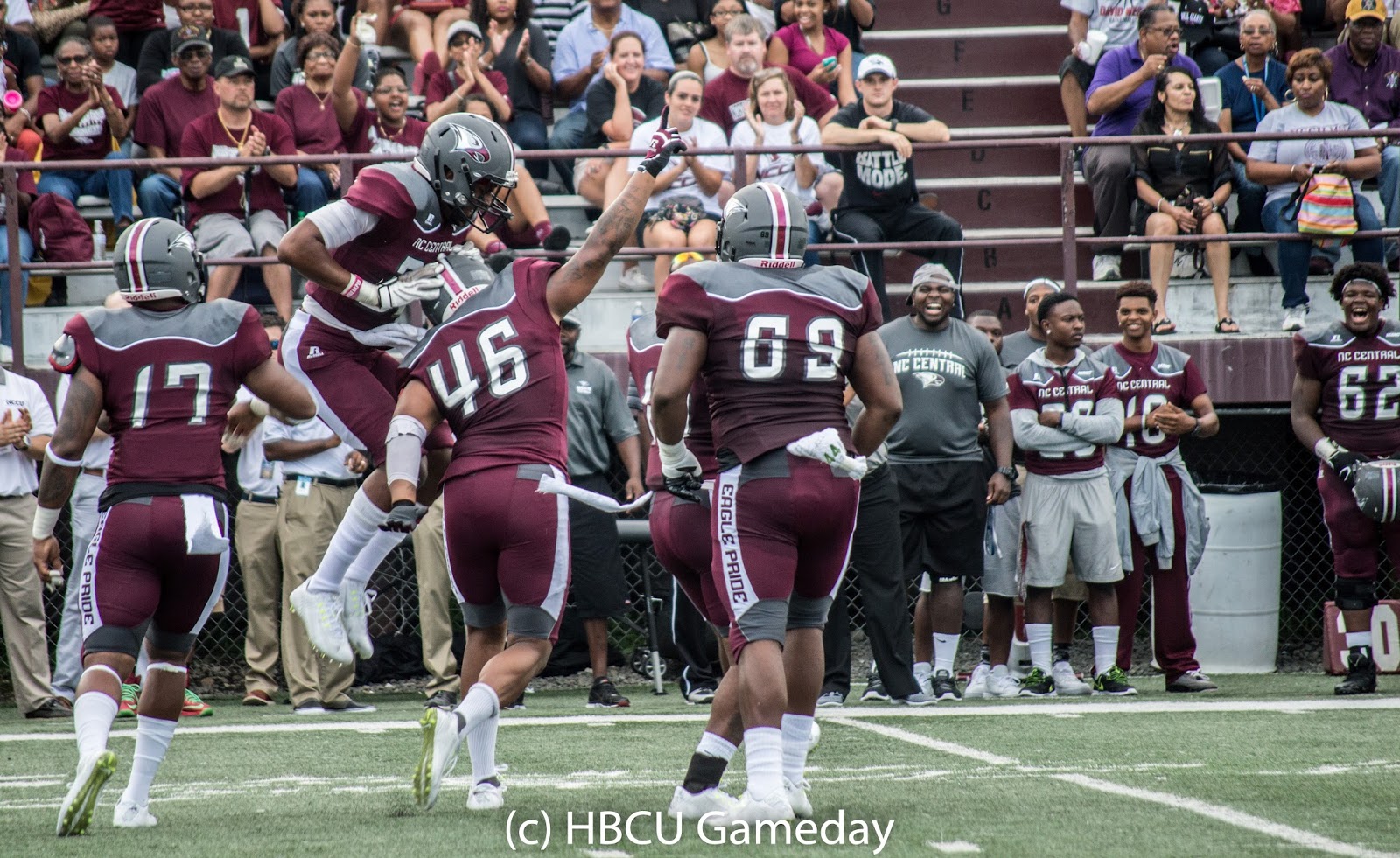 Game of the Week: Bethune-Cookman (3-1) at North Carolina Central (1-2)
In the early season, it’s always talk about who’s a contender and who’s a pretender. This matchup in Durham, NC should provide some insight to whether Bethune-Cookman is starting to lose their grip on being the “top cats” of the MEAC or is this NCCU’s time to shine.
I’m unsure which NC Central QB will start in this game, but with ESPNU in the building, I’m certain this game won’t disappoint as both teams have high flyers on offense.
My pick: Bethune-Cookman
North Carolina A&T (2-1) at Hampton (2-2): You just have to know Coach Maynor is going to have his guys ready to take on the team he once played quarterback.
Last year’s 31-14 victory on ESPNU was the first for A&T since their 2003 MEAC Championship year.
Hampton fell to a very defensively sound Norfolk St team in the Battle of the Bay 24-14 while A&T had time to rest on bye. We’ll have to see how Hampton approaches another game where weather is looking to be a major factor again. In a game that’s scheduled to be blanketed by rain, A&T would appear to have an advantage in the running game. But if Hampton stacks the box, can Quick and Cohen run free? We shall see. 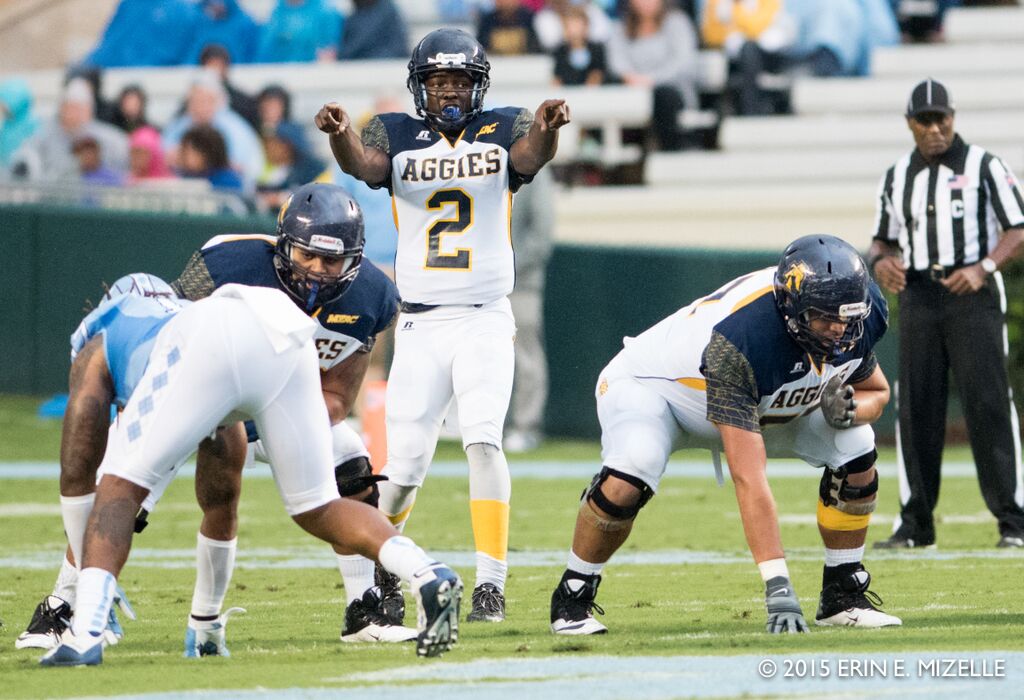 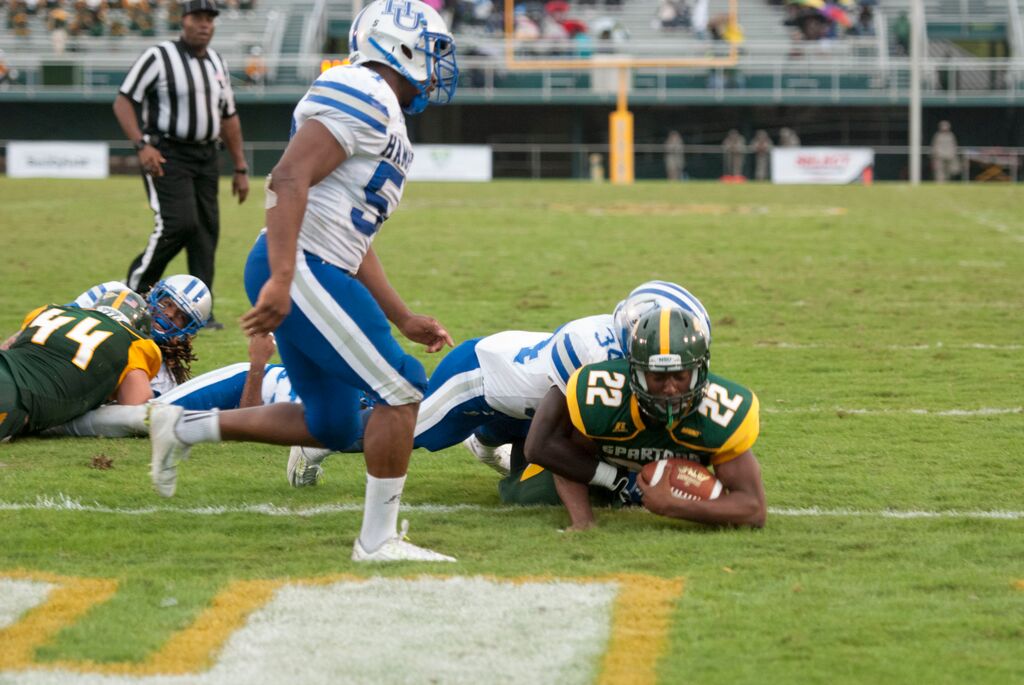 Norfolk St (1-3) at Howard (0-4): The lights and festivities of what looks to be a wet and windy homecoming for Howard will be further dampened by Norfolk St and LB Deon King.
Turn up though!
My Pick: Norfolk St
Morgan St (1-2) at Delaware St (0-3): Alright Morgan St, you’ve got your first “real” win of the season last weekend in Chicago. I see nothing that would prevent you guys from making it two in a row against what might be this year’s basement team. Yes, I think Savannah State could beat them.
My pick: Morgan St
South Carolina St (2-1) at Furman (2-2): If there was ever a time to prove your program can beat more than other HBCU squads, now is it. SCSU will need to be firing on all cylinders double time from start to finish. Now this is a Furman team that got knocked off in Orangeburg last year 17-7, but is looking much stronger this year.
On opening weekend, Furman lost to #1 Coastal Carolina by three points so revenge appears to be in order this weekend.
My pick: Furman (prove me wrong Bulldogs)
Florida A&M (0-4) at Savannah St (0-3): This is what could be labeled “Toilet Bowl I”. I say “I” because on paper, there are what looks to be more Toilet Bowls later in the season. As said previously, there’s something likeable in this SSU team for the future but until they can show you something that suggests they can point more points on the board this season, got to take FAMU.
My Pick: Florida A&M
Don’t like my picks? Love my picks? Wanna debate some? Shoot me a tweet @Kid_Heartless and let’s hash it out!