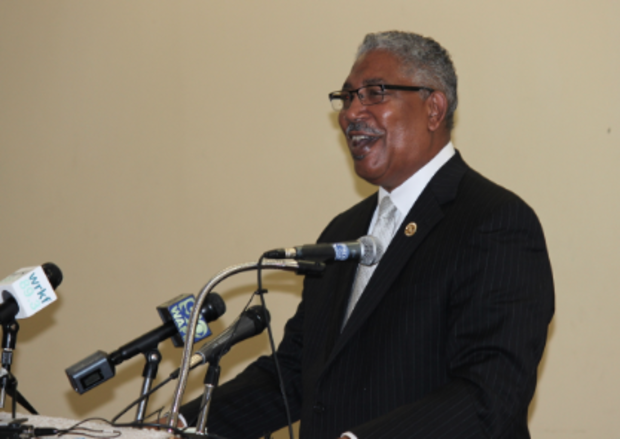 The spinal injury of Southern University receiver Devon Gales has remained in the news for several days, thanks in part to the efforts of UGA coach Mark Richt and his staff. To that end, Southern President-Chancellor Ray Belton has written an open letter to the school’s AD and officials as well as Richt and his team for their support.

“The UGA community has joined the Jaguar Nation in an extraordinary outpouring of prayers, love and support to Devon and his family,” Belton wrote. “While Devon’s road to recovery may be long, we are grateful for the prayers and excellent medical care that resulted in his successful surgery and improvement thus far.

Gales was moved to the Shepherd Medical Center in Atlanta where he will admitted for further evaluation, care and observation, according to the university. 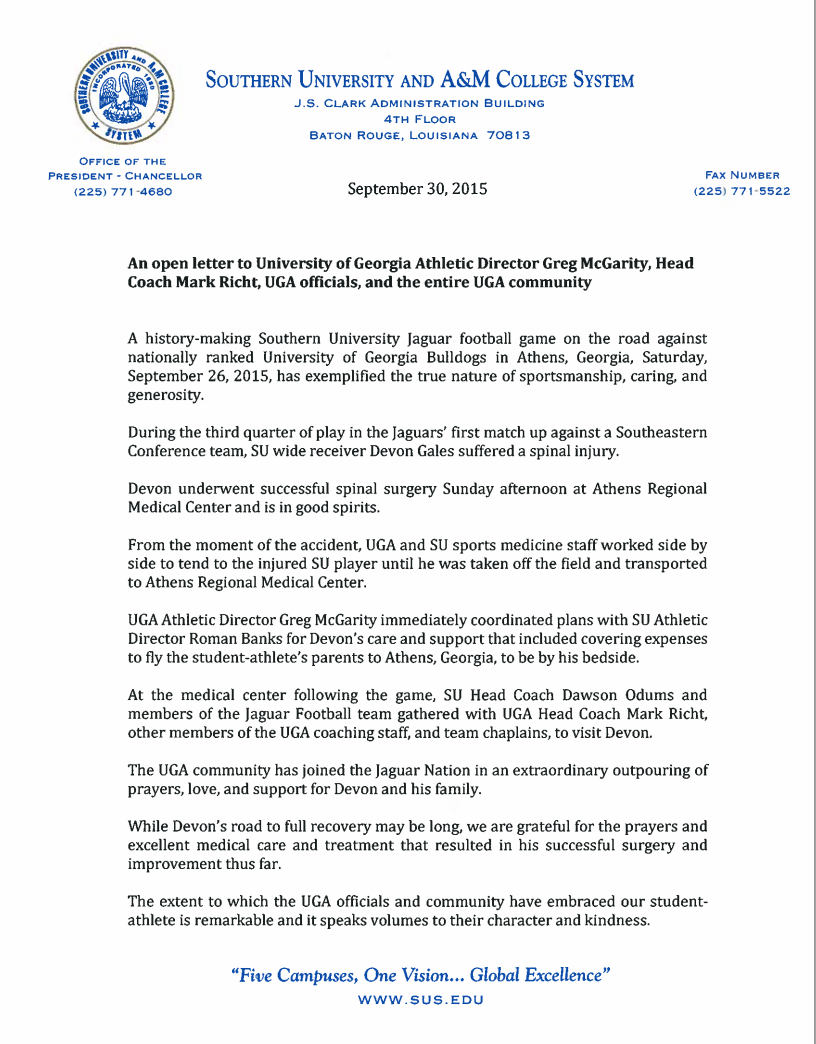 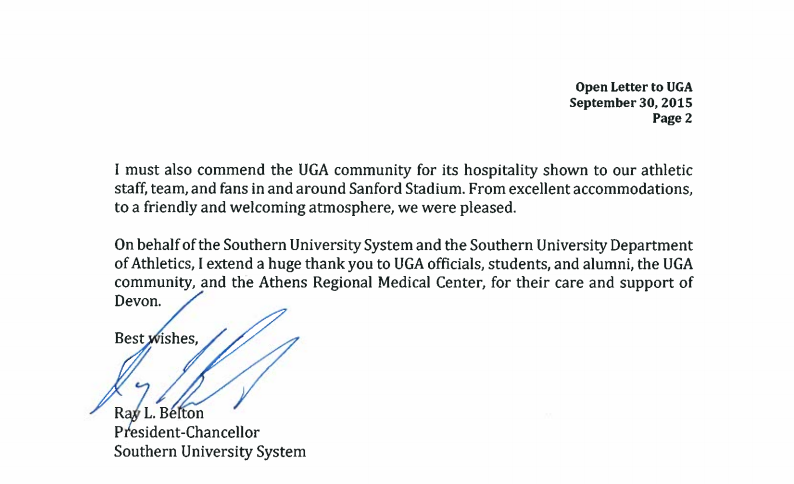