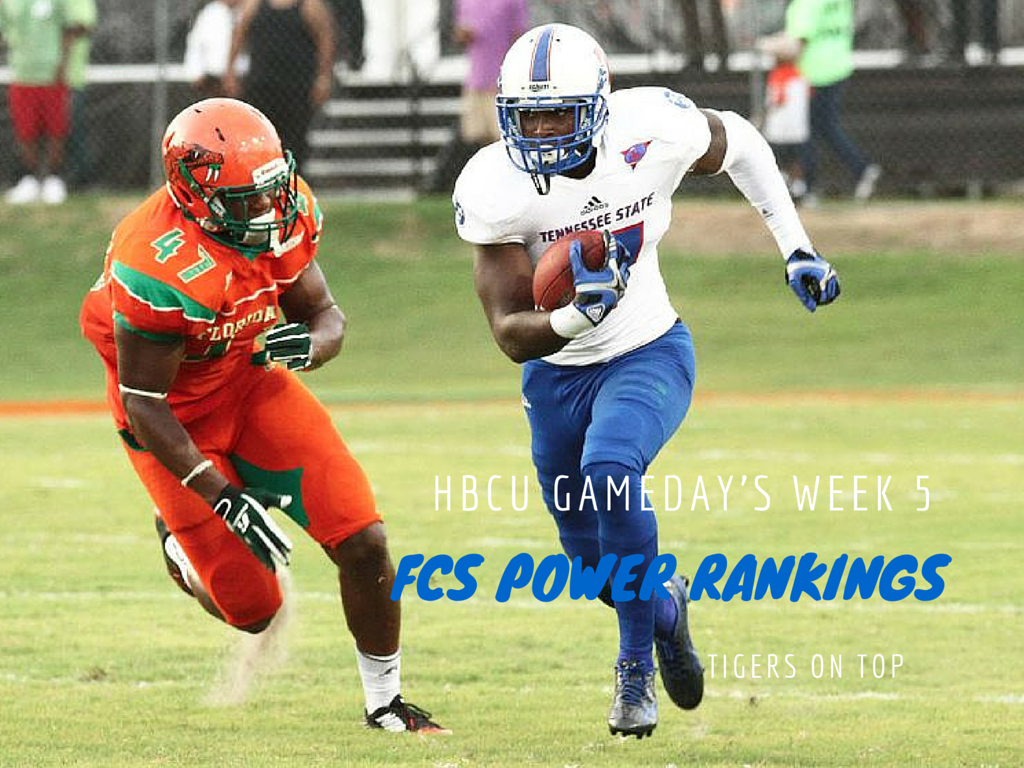 1.   Tennessee State (3-1): Yes, TSU had to come from behind to beat FAMU, but all three of its wins came against FCS opponents, and its only loss is to a high-powered Jacksonville State team.
2.  Alcorn State (3-1): Alcorn has breezed through its last two opponents and should do the same against UAPB.
3. South Carolina State (2-1): SCSU has two wins against weak FCS opponents (UAPB and FAMU) and lost to FCS power in Coastal Carolina. This week’s game against Furman should be a solid measuring stick.
4. North Carolina A&T (2-1): Coming off its bye week, A&T will have its hands full with Hampton this week. With three receivers out for an extended period of time, expect Tarik Cohen to get a lot of work against a soft Hampton defense.
5.  Bethune-Cookman (3-1):  BCU looked better on Saturday vs. Savannah State than they did the previous week against Lane.
6. Southern (2-2): SU gets the nod over their neighbors to the north because of its solid play against UGA in the first half.
7. Grambling (2-2): Grambling’s defense is very suspect, but its offense is just plain fun to watch.
8. Norfolk State (1-3): NSU has only one win, but that’s still just as many as Hampton has in the FCS.
9. Hampton (2-2): Hampton has been in every game this season, and despite Saturday’s loss, remains a team every team in the MEAC has to respect.
10. North Carolina Central (1-2): NCCU has the tools to be a player in the MEAC race, but so far their opponents have been a bad Division II team and two FBS schools. A win against BCU would be huge.