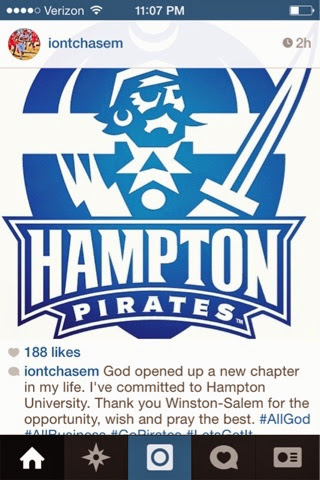 Months after losing its head coach and several assistants, Winston-Salem State looks like it is about to lose one of its best players to Hampton, too.

Receiver Chase Powell announced his intention to join Hampton via Instagram Monday night. If it is true, Powell be reunited with Connell Maynor, who took over as Hampton’s coach last winner.
“God opened up a new chapter in my life,” he wrote. “I committed to Hampton University.”
The sophomore from Maryland caught 64 passes as a true freshman, helping WSSU make its third-straight playoff appearance. Powell is the reigning CIAA Offensive Rookie of The  Year and was a preseason All-CIAA selection last week.