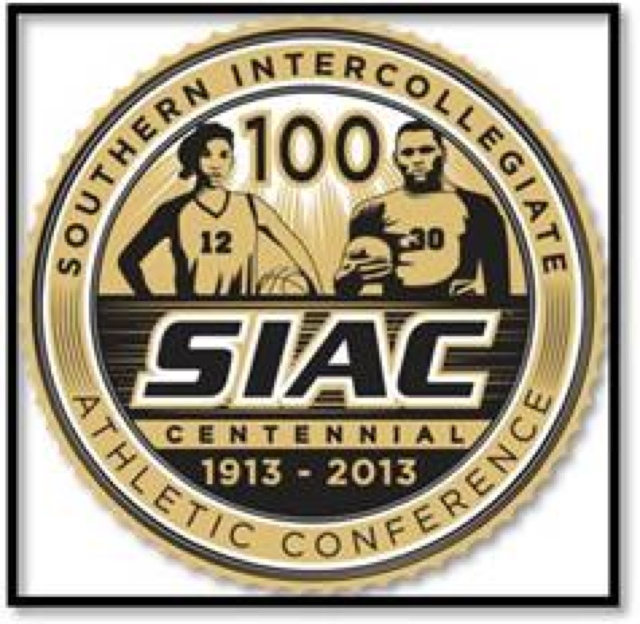 ATLANTA— The Southern Intercollegiate Athletic Conference (SIAC) officially unveiled its logo in commemoration of its upcoming one hundred year celebration. The conference was founded on December 30, 1913.

The official theme for the centennial celebration is “100 Years of Academic and Athletic Excellence.” To that end,  the conference will host marquee events in recognition of the history and tradition of the SIAC.

“When we consider the 100 year span of the SIAC, we need to be sure not to view it simply through the lens of SIAC and African-American history, but rather through the prism of Intercollegiate and American history,” said SIAC Commissioner Gregory Moore. “It is in this spirit that we will honor our past and recognize our future throughout the upcoming academic year in commemoration and recognition of the 100 Year History of the SIAC.”

This year’s list of events will be highlighted by the SIAC Football Legends Luncheon that will occur during the week of the 2013 Football Championship and the SIAC Hall of Fame Gala in February, which will mark the official return of the SIAC Hall of Fame. The conference will also celebrate its centennial through additional educational and community service related events that will occur during the 2014 SIAC Basketball Tournament.