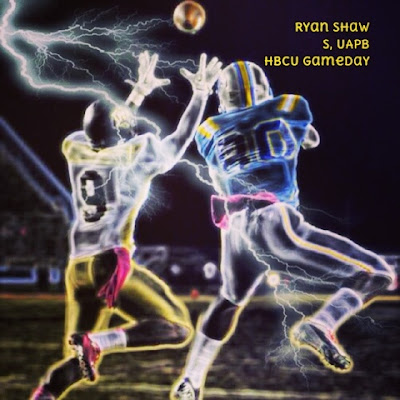 A glance at the calendar shows football season is a little less than 90 days from kicking off. But to the HBCU fans and players, it can’t get started fast enough. Over the past month, HBCU Gameday has gone through and ranked the top five players at various positions in each of the four major HBCU conferences. On Wednesday, we revealed our top-five SWAC defensive backs.

As part of our preview package, we’ve posted several photos on our instagram page to get fans excited about the upcoming season. It’s become quite a success, and we’re happy to do it. But it appears our Instagram page was the setting for a little cross-conference, HBCU trash talk. We posted the picture above of UAPB’s Ryan Shaw.

Which led to these comments…. 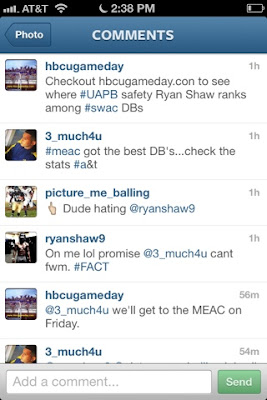 NC A&T safety Isaiah Martin argued that his team’s defense, which finished 2012 ranked second overall in the Football Championship Divsion was superior based on the numbers that they put up. Shaw and others, disagreed.

//platform.twitter.com/widgets.jsSo, who has the better overall pass defense? The SWAC or the MEAC?

A look at the numbers suggest, it’s the MEAC, though both conferences were very good against the pass. Two MEAC schools, Norfolk State and A&T ranked in the top five of the FCS in terms of pass defense, versus one in the top 10 for the SWAC (Mississippi Valley State). However, both conferences end up with three in the top 20, with the MEAC’s Bethune-Cookman (eleventh overall) and the SWAC’s Arkansas-Pine Bluff (15th) and Alabama A&M (17th) making the cut.

You can’t take the numbers away from the MEAC group. They faced who they had to face, and did their best to shut them down. But the passing numbers suggest that overall quarterback play in the SWAC was slightly better than the MEAC. Simply put, there is no real answer. But it sure is fun to speculate.

Can we just get the season started already?