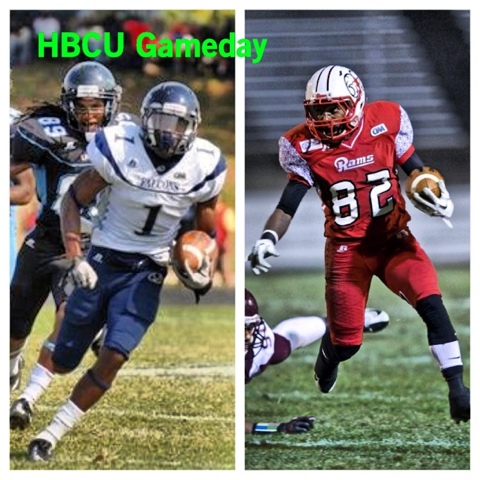 It started off innocently enough. While digesting the fact that Virginia Union had three players headed to NFL camps, I wondered why Winston-Salem State had yet to have any sign with NFL teams. The Rams were not only a CIAA powerhouse (defeating VUU 35-6 in their meeting last season), they were the national runner-up in NCAA Division II football.

Finding it pretty hard to believe no players from Winston-Salem State, theD2 National Runner-Up, have been invited to an NFL mini-camp.
— HBCU Gameday (@HBCUGameday) April 30, 2013

Then, my good friend Chris Harris, who covers HBCUs for the Richmond Times-Dispatch chimed in.
//platform.twitter.com/widgets.js

@hbcugameday Laughinghouse from @sacsid didn’t get any looks? He was arguably the best returner N all of college football the past 2 seasons
— Chris Harris (@ChrisL_Harris) April 30, 2013

Stop it! @_massey2much was obviously the best returner, if he still made all conference and didnt return anything until game 6 lol
— Doo Dirty(@PrimetimeButler) April 30, 2013

Both are great in the open field, so we’ll let you decide. Check out some highlights of the two below and cast your vote.

Will it be Tyron Laughinghouse of St. Augustine’s?


Or will Winston-Salem State’s Jameze Massey take the crown?