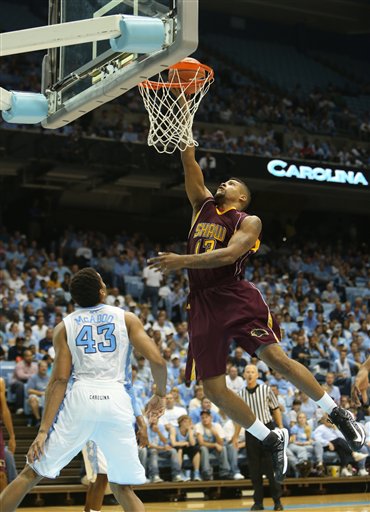 The nomadic basketball life of Karron Johnson has taken a trip overseas. The Richmond native started the 2012-2013 season with Shaw University before parting ways in Feburary without any official reason. After spending most of the month off the basketball radar, it appears that Johnson has resurfaced. Below are a few of his tweets from the past month.

Johnson tweeted a photo of what appeared to be an itinerary for u22 National Team that competed in the World Championships March 30-April 1. A full roster of the team doesn’t appear to be available online.

Just beat some pro team from Belgium light they were pretty awful too smh somebody pay me!!!!!!!
— Blade Brown (@KarronJohnson13) March 28, 2013

Pictures show Johnson in a USA uniform doing a lot of what he did at Shaw.
//platform.twitter.com/widgets.js

The next day, however, Johnson posted a picture of his foot in a cast. According to the corresponding tweet, he broke his right foot and was kept out of the championship game.
//platform.twitter.com/widgets.js

Whatever happened with Johnson at Shaw, the guy seems destined to have a chance to play pro basketball somewhere. He has good size, a nice jumper and posted up good numbers (17 ppg, 8 rpg) at Shaw. Scouts seem to like his game as well.  Stay tuned.